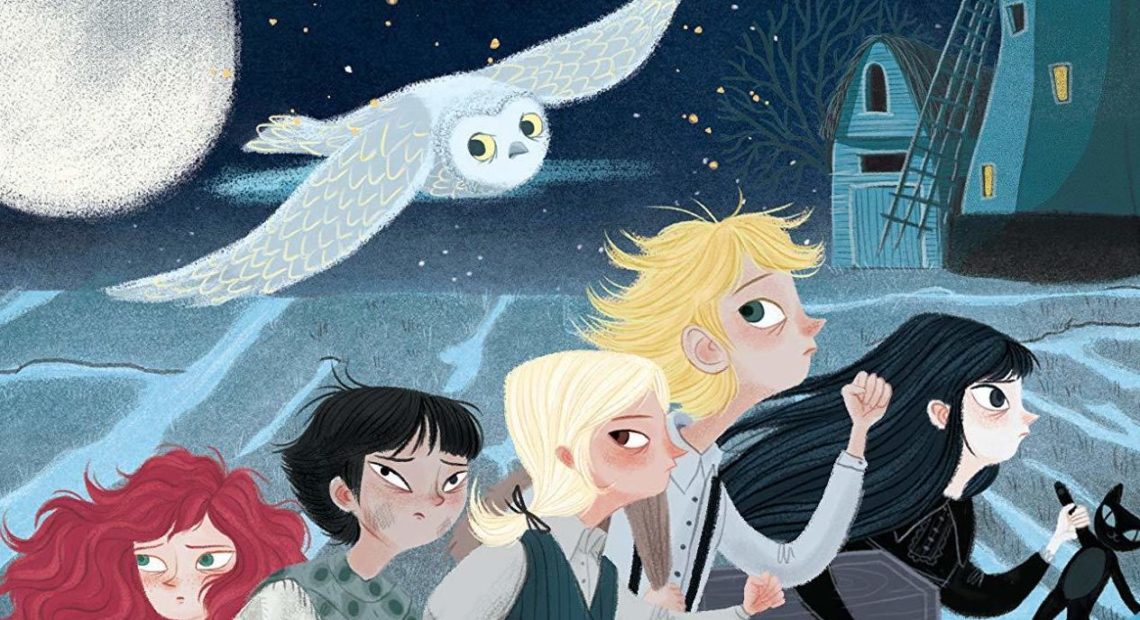 Take ‘The Unadoptables’ Home For A Rollicking Adventure

If I could get away with it, I’d read my kids Hilary Mantel’s The Mirror and the Light at bedtime so I might actually have time to finish it. As it is, I am so tired at night that I can barely read a few pages before I conk out, which is too bad, because it’s REALLY good.

I’m not sure they would go for it. I mean, they haven’t even read Wolf Hall yet (ha)!

My best-laid plans have kind of tanked. My kids and I are lucky to get a nature walk in twice a week, and those oral reports I had them doing every day? Well, frankly, I’d rather not say. What, with teaching decimals and how to tell time and how density affects matter, not to mention my work, keeping kids quiet while Daddy is on his fourth Zoom meeting of the day, laundry, cooking and cleaning every two minutes (PLUS figuring out new ways to cook lentils and chicken wings), AND monitoring five new kittens, I have to say I’ve let some of my plans fall by the wayside. I barely make it to the mailbox to see if my new shipment of fabric and elastic has arrived, much less find time to read for myself. 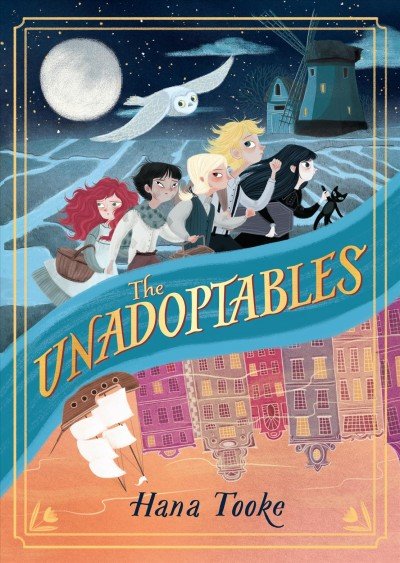 The Unadoptables by Hana Tooke

I could use an escape, and I figure if I need one, my kids do too. I mean, it can’t be a picnic to be around a haggard adult who forces kids to convert decimals and eat lentils while constantly fussing about being quiet and tidy, can it?

One would think my kids had had enough of adults who make children eat unappetizing food and scrub floors, but evidently not. In fact, they want more.

From Viola Swamp in Miss Nelson is Back by James Marshall to the Trunchbull in Roald Dahl’s Matilda to, my kids have been on a fantastically horrid authority figure kick. (Watery cabbage soup must sound a lot worse than lentils). I’m not talking about those grown-ups who merely lock perfect children away once they run out of money (Miss Minchin in A Little Princess), I’m talking about a preposterously menacing, intimidating, vicious, black-souled brute of an antagonist, an authority figure who is just as likely to brew a child into a cup of tea as look at them, an antagonist born of the Hansel and Gretel tradition.

I’m talking about Matron Gassbeek from The Unadoptables by Hana Tooke.

Every monster that Milou had made up for her bedtime stories was based in some way on Gassbeek: the brutal sneer of a gargoyle, the soulless eyes of a werewolf, the skin-itching screech of a banshee. If the matron hadn’t been so filled with hatred and menace, she would have probably looked like any other middle-aged woman, but her vileness had transformed her features into something monstrous.

Oh, that’s shiveringly perfect, and, as is also traditional in this type of children’s story, spectacularly nasty in an obvious way.

Elinora Gassbeek, matron of the Little Tulip Orphanage in Amsterdam, ticks all the boxes when it comes to an authority figure who would brew children into a cup of tea — or in this case, freeze them into ice cream. Voice? Squawkish. Hair? Tightly-coiled. Smile? Hideous. Shoes? Bloodred, polished, and pointy.

But horrible Matron Gassbeek needs a foil. After all, that’s what my kids are really after — the child, that one child, who can take on such a dastardly adult with wit and daring, a child with a strong will and a sense of personal destiny, and perhaps with ears that tingle out warnings.

Enter Milou, the orphan who was left on the roof of Little Tulip in a coffin.

Like Little Orphan Annie before her (the 1982 movie, not the 1932 movie, or the comic strip by Harold Gray, or the original poem by James Whitcomb Riley), Milou is determined to find her parents, and she has many theories about who they are, why they left her at the orphanage, and when they might be coming back for her. (My kids are obsessed with the 1982 movie at the moment, so you can see a trend here.) And Milou isn’t going to let Matron Gassbeek and her undiluted wickedness stop her.

Replete with dismal orphans, rats, and twirly mustaches, The Unadoptables is an heir to the (very long) tradition of children not being safe in storytelling. Long before children’s literature was a genre, stories like the “Pied Piper of Hamelin” (set in 1284) used ineffectual parents and malevolent adults to put children in mortal danger. (Supposedly the Pied Piper is a true story. Even today, no one is allowed to play music or dance in the supposed street in modern Hameln where the children were last seen). Few contemporary children’s books are as gruesome as the original iterations of fairy tales (try Giambattista Basile’s 1634 version of Cinderella sometime), but like Neil Gaiman, Roald Dahl, and even Beatrix Potter before her, Hana Took has created a world in which children are never safe, and adults aren’t to be trusted.

Why does this type of book appeal to my kids? When I asked my son what he likes so much about books like Dahl’s Matilda and David Walliams’ Ratburger, he said “I like them because the evil adults ALMOST get away with what they are planning to do, but at the last minute the kids always seem to stop them.” And he said that the adults are SO bad, SO sinister, that although they are scary, they are not REALLY scary, not like the things that scare him in real life (see reference to decimals). Books like The Unadoptables seem to be far less scary to today’s children than the Pied Piper would have been to children in the 1300’s. So, whew.

Yes, I do make my children eat lentils and cabbage soup (mine is NOT watery) and scrub the floors, but thankfully my kids assure me that’s all the resemblance I have to Matron Gassbeek (though I do have some pointy shoes). The Unadoptables is just the escape fantasy my children are looking for while they are stuck at home with adults who are far more mundanely sinister (see previous reference to decimals).