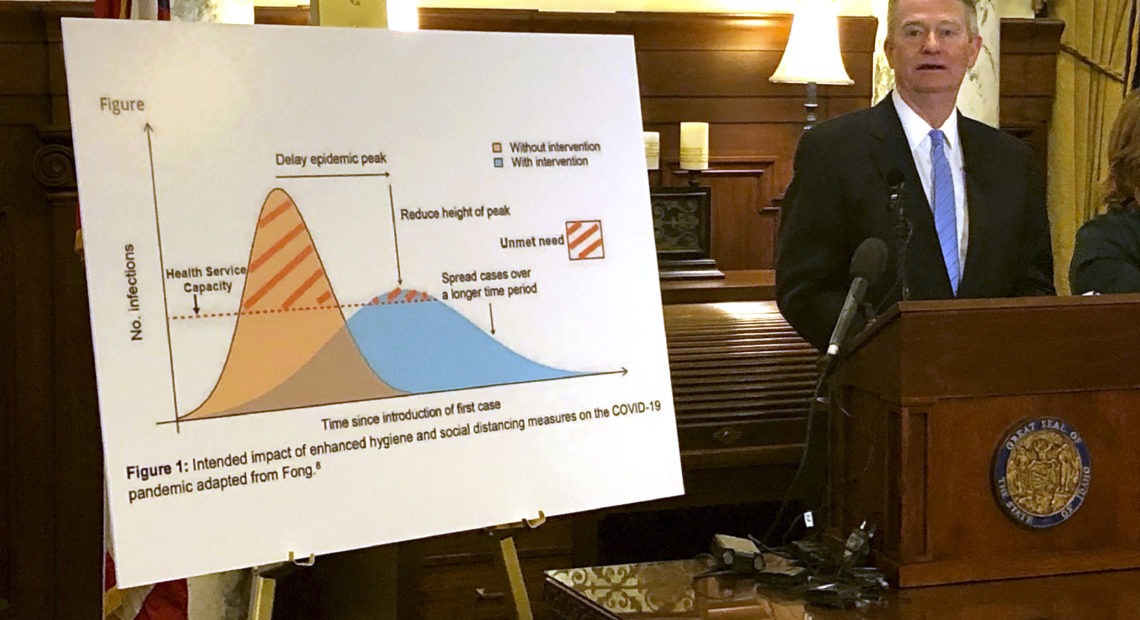 How And Will Idaho Schools Reopen? ‘I Think The Answer Is, It Depends,’ Governor Says

Gov. Brad Little still wants to see Idaho schools reopen next month — but he’s not sure that can happen in the state’s coronavirus hotspots.

“I think the answer is, it depends,” Little said during a news conference Thursday morning, one day after the state reported its highest one-day death toll from the coronavirus outbreak.

From a policy standpoint, Thursday’s news conference produced no news. Little said the state will remain in stage four of his four-step Idaho Rebounds reopening plan — a designation that has little to do with public schools. Little appealed to Idahoans to wear face masks to slow the spread of the coronavirus, although the governor remains reluctant to issue a statewide mask mandate.

But the rising case numbers continue to cast a cloud over reopening schools. On Wednesday afternoon, the state and its seven health districts reported 16,397 confirmed or probable coronavirus cases — more than a fourfold increase from June 17, when Little convened a committee to write up school reopening guidelines. The state’s COVID-19 death toll now stands at 136.

Little singled out five coronavirus hotspots — Ada, Canyon, Kootenai, Twin Falls and Bonneville counties, where case increases are “very concerning.” But he would not say whether he thinks schools in these counties can safely reopen, if case numbers continue to increase at their current rates. 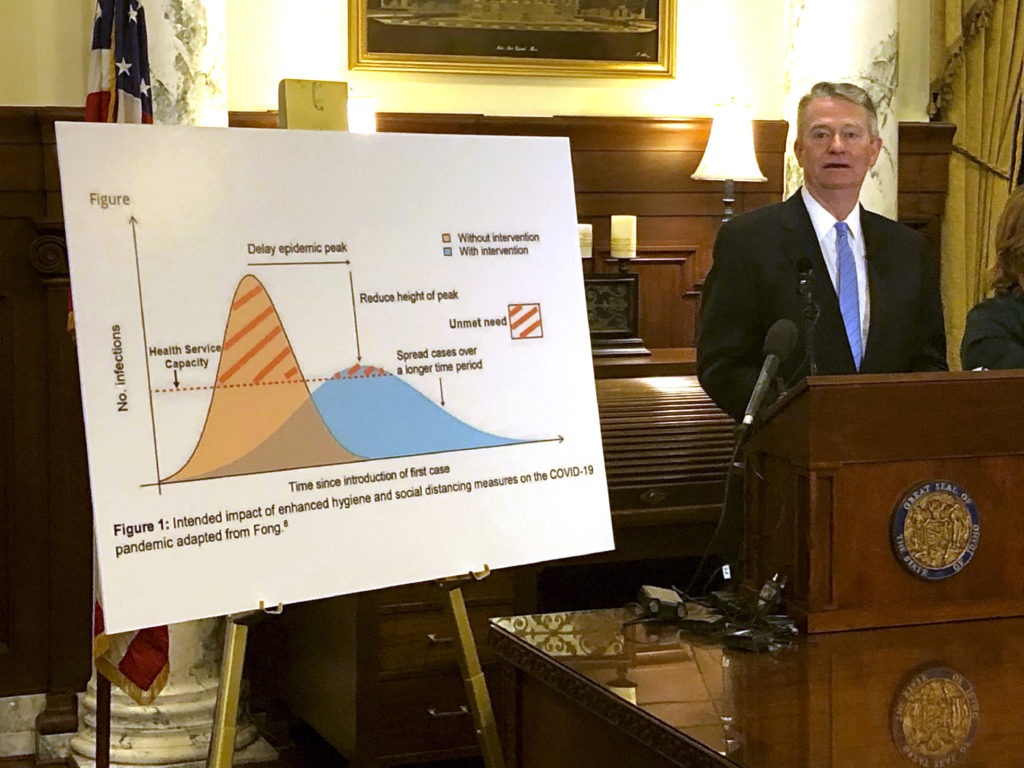 File photo. Idaho Gov. Brad Little speaks at a news conference in Boise on March 13. Less than four months after the state confirmed its first case of the coronavirus, it has emerged as one of the nation’s biggest hot spots. CREDIT: Keith Ridler/AP

The answer, said Little, will depend on how Idahoans respond to local outbreaks.

“Every time these numbers go up, the public gets more aware of it,” Little said. “People on their own initiative to do the right thing.”

One large district already announced a change of plans. In Canyon County, the Caldwell School District has delayed the start of its 2020-21 school year, while it shifts to a blend of in-person and online instruction.

“The metrics are being developed as we speak,” said Russ Duke, head of Central District Health, which oversees Ada, Boise, Elmore and Valley counties.

Health officials could settle on those metrics next week, Duke said. But while that happens, Duke is hoping to see a break in Ada County’s numbers. New case numbers haven’t dropped much since June 24, when Central District Health banned large gatherings and closed bars in the county. But the county’s case numbers haven’t continued to increase, he said, and Duke hopes a countywide mask mandate will pay dividends in the weeks to come.

Central District Health approved the mask mandate last week. It will apply to schools if and when they reopen, Duke said.

Central District Health will further discuss school reopening issues at its next meeting, scheduled for Tuesday afternoon. The health board will hear from State Board President Debbie Critchfield, who headed Little’s school reopening committee. At Tuesday’s meeting, the health board might encourage or recommend masks in schools in Boise, Elmore and Valley counties, but stop short of a mandate, Duke said.

Mandate or not, Duke urged Idahoans to wear masks. “This is a really big deal, with schools starting in just less than a month from now.”

While Little is leaving mask decisions to health districts, he also made his preferences clear. “Wearing a mask is the patriotic thing to do.”

Originally posted on IdahoEdNews.org on July 23, 2020