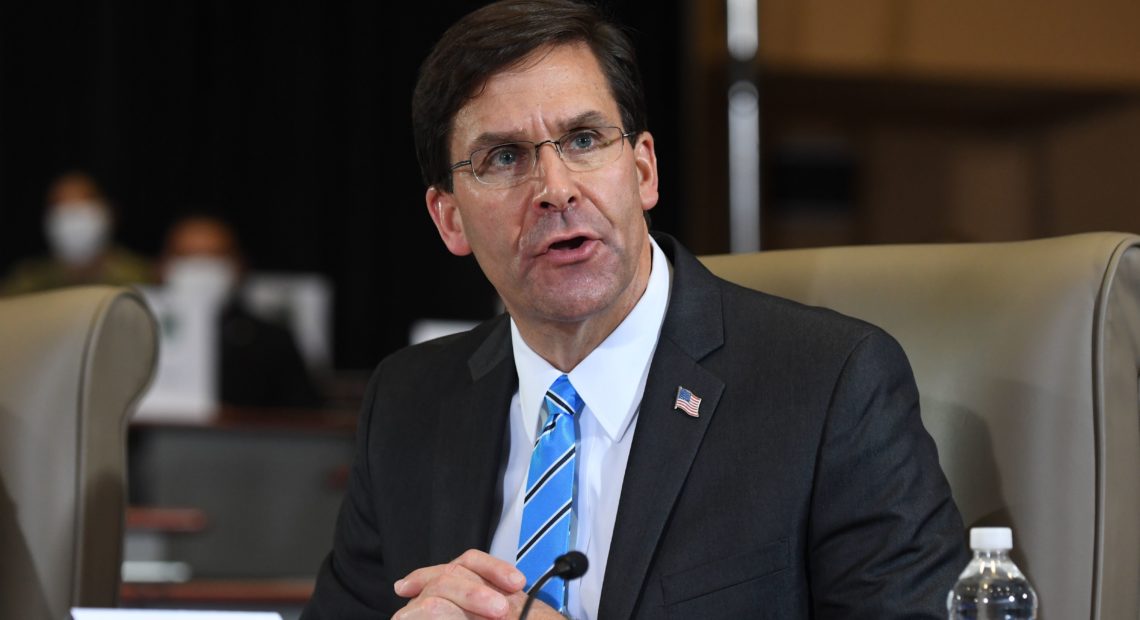 In a slap at a longtime ally frequently reviled by President Trump, Defense Secretary Mark Esper announced Wednesday that the U.S. plans to withdraw roughly a third of the 36,000 American forces stationed in Germany.

Nearly 5,600 of the 11,800 troops to be removed from Germany would be sent to other NATO allies in Europe, including Poland. Another 6,400 would return to the U.S., although they or similar units would be redeployed to other European countries on what Esper described as a “rotational” basis.

“Our aim is to implement these moves as expeditiously as possible,” Esper told reporters at the Pentagon. “We could see some moves begin within weeks; others will take longer.” 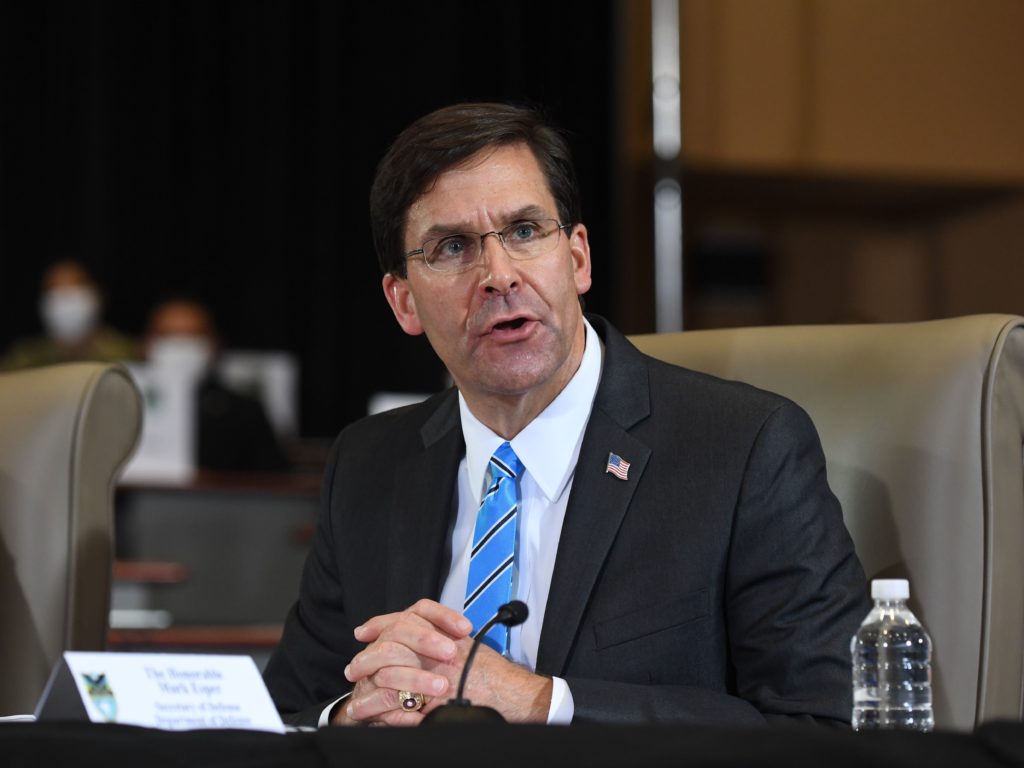 The Pentagon chief cast the decision to cut U.S. forces in Germany as the result of a months-long review of American deployments in Europe aimed at bolstering defense.

“These changes will achieve the core principles of enhancing U.S. and NATO deterrence of Russia, strengthening NATO, reassuring allies and improving U.S. strategic flexibility,” Esper said, even as he made clear that the repositioning of U.S. forces remains tentative. “I want to note that this plan is subject to and likely will change to some degree as it evolves over time.”

Trump, for his part, has characterized the troop drawdown as a reprisal for what the American president considers to be a refusal by Germany to spend a greater share of its gross domestic product on defense.

In 2014, members of NATO agreed to increase their defense spending to at least 2% of their GDP by 2024. Germany last year spent $49.3 billion on defense, or 1.38% of its GDP, according to German state broadcaster DW.

Asked at the Pentagon whether the troop reduction was Trump “basically sticking it to Germany,” Esper said the president had simply “accelerated” the decision to draw down forces there.

“Let’s be clear. I think Germany is the wealthiest country in Europe. Germany can and should pay more to its defense,” Esper said. “It should certainly meet the 2% standard, and I would argue go above and beyond that.”

Reaction to the move has been decidedly mixed.

After a briefing last week by Pentagon officials on the force drawdown, the chairman of the Senate Armed Services Committee praised the decision.

“I believe the concept for realigning U.S. military posture in Europe, as the President has approved, is sound,” said Sen. James Inhofe, R-Okla., despite noting that any changes may be slow in coming. “It is clear to me that this concept will take months to plan, and years to execute.”

But another Senate Republican slammed the decision to cut troops in Germany as “weak.”

“U.S. troops aren’t stationed around the world as traffic cops or welfare caseworkers – they’re restraining the expansionary aims of the world’s worst regimes, chiefly China and Russia,” Sen. Ben Sasse, R-Neb., a member of the upper chamber’s intelligence committee, said in a statement. “The President’s lack of strategic understanding of this issue increases our response time and hinders the important deterrent work our servicemen and women are doing. Maintaining forward presence is cheaper for our taxpayers and safer for our troops.”

“It undermines the credibility of the NATO alliance, it calls into question our commitment to our NATO allies,” Van Hollen said. “This is exactly the kind of thing that will cause Vladimir Putin to pop his champagne or vodka bottles in Moscow.”

Twenty-two of the of the House Armed Services Committee’s 26 Republican members wrote Trump in June warning against the proposed troop cuts.

“The forward stationing of American troops since the end of World War II has helped to prevent another world war and, most importantly, has helped make America safer,” the GOP lawmakers wrote in a letter signed by the panel’s ranking member, Rep. Mac Thornberry, R-Texas. “In Europe, the threats posed by Russia have not lessened, and we believe that signs of a weakened U.S. commitment to NATO will encourage further Russian aggression and opportunism.”

Among the moves Esper said are being planned:

A former commander of the U.S. European Command blasted those moves in a series of tweets Wednesday.

“What is obvious to me — having served 12 years in Germany and having participated in the last force structure change from 2004-2011, this is not a ‘strategic’ move,” retired Lt. Gen. Mark Hertling wrote on Twitter. “It is specifically a directed personal insult from Trump to our great & very supportive ally Germany.”

Hanging over Wednesday’s announcement is the presidential election in November and the time it would take to implement the changes.

Given the extended timeline for troop repositioning in Europe that Esper estimates would cost several billion dollars, it’s not clear whether any of it will happen before Trump’s first term as president ends in January.