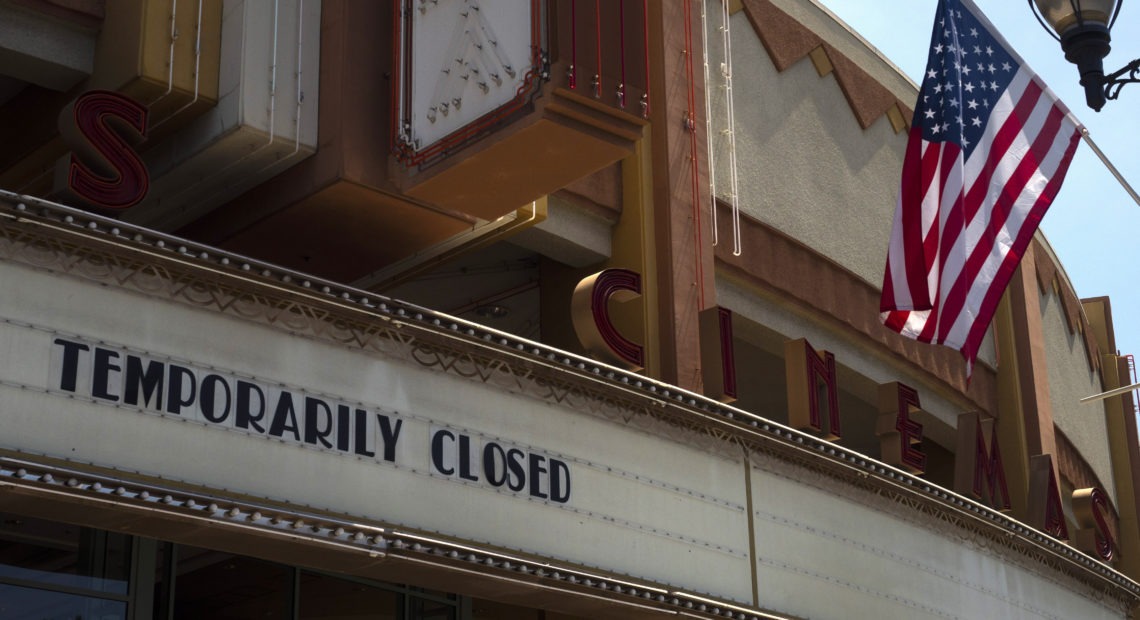 Gross domestic product — the broadest measure of economic activity — shrank at an annual rate of 32.9% in the second quarter as restaurants and retailers closed their doors in a desperate effort to slow the spread of the virus, which has killed more than 150,000 people in the U.S.

The economic shock in April, May and June was more than three times as sharp as the previous record — 10% in 1958 — and nearly four times the worst quarter during the Great Recession.

“Horrific,” said Nariman Behravesh, chief economist at IHS Markit. “We’ve never seen anything quite like it.” 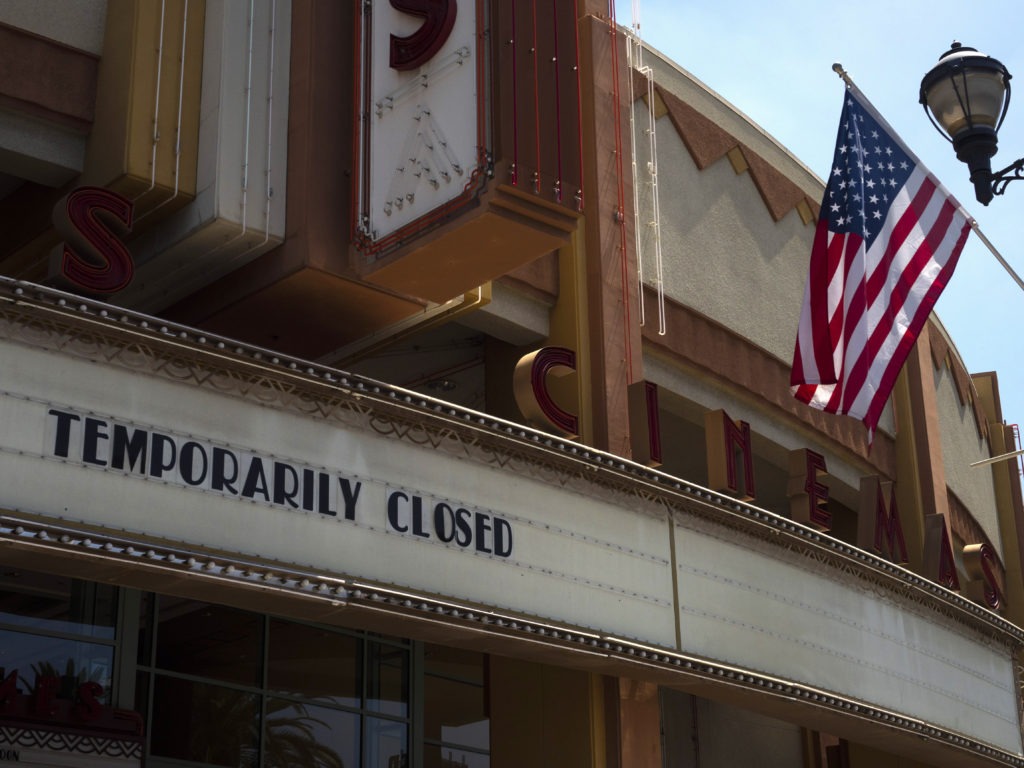 A movie theater is seen closed due to the coronavirus pandemic on July 2, 2020, in Brea, Calif. The U.S. economy shrank at a record 32.9% rate in the second quarter as the pandemic cost tens of millions of jobs.
CREDIT: Jae C. Hong/AP

Another 1.43 million people filed for state unemployment last week, an increase of 12,000, the Labor Department reported Thursday. It was the second week in a row of increased unemployment filings and shows that the economic picture continues to remain grim.

GDP swings are typically reported at an annual rate — as if they were to continue for a full year — which can be misleading in a volatile period like this. The overall economy in the second quarter was 9.5% smaller than during the same period a year ago.

After a sharp drop in March and April, economic activity began to rebound in May and June, although that recovery remains halting and could be jeopardized by a new surge of infections.

Restaurant owner Cameron Mitchell likens the pandemic to a hurricane. What appeared to be a business rebound in June turned out to be merely the eye of the storm, and he’s now being buffeted by gale-force winds again.

“Our associates are more scared to work today and guests are more afraid to go out, so sales have dropped,” Mitchell said.

Business at his restaurants in Florida had nearly recovered to pre-pandemic levels in June but has since fallen sharply.

Other industries have enjoyed a more durable recovery, though few are back to where they were in February.

Dentists’ offices are ordinarily one of the more stable parts of the economy, but they closed for all but emergency services during much of the spring. Dental hygienist Alexis Bailey was out of work for 10 weeks before her office in Lansing, Mich., reopened at the end of May.

At first, she was reluctant to go back to work while the virus was still circulating. 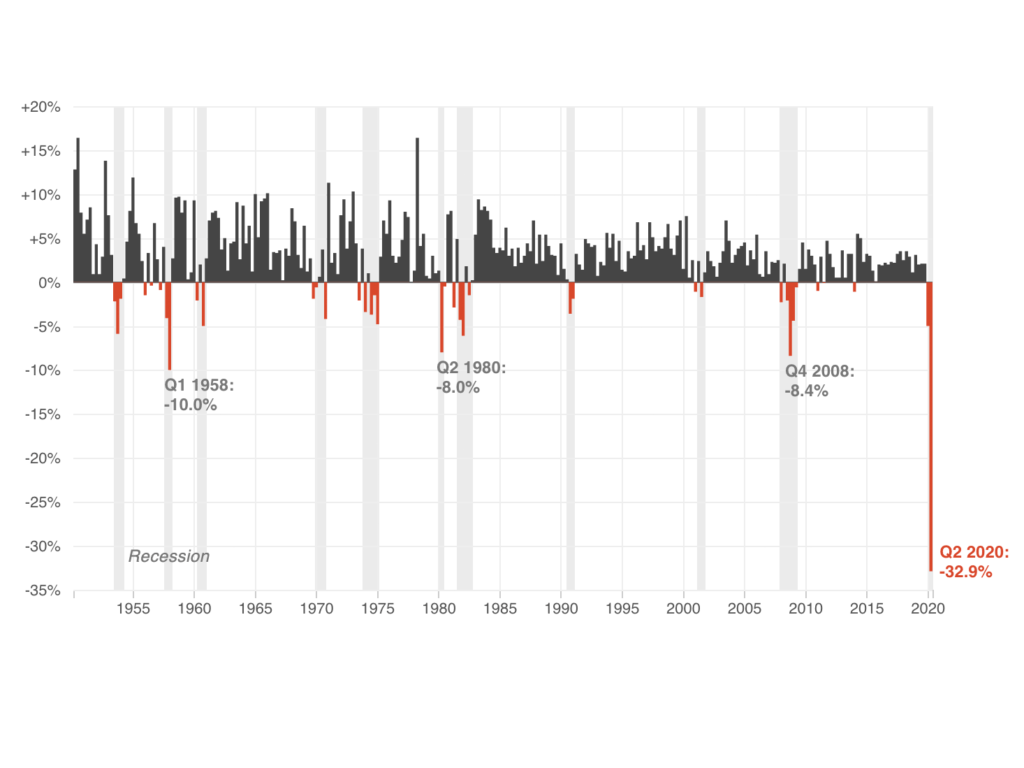 “I was terrified,” Bailey said. “I was not happy to be back. But I have a job to do and I like to do it and I want to help people. We talk about how essential we are, so that’s what we’ve had to do.”

Within an hour of returning to work, Bailey said, she began to feel comfortable, particularly with the additional protective gear and other safety precautions her office has adopted.

“I tell my patients all the time I wouldn’t be here if I didn’t feel safe,” she said.

Nationwide, dental offices added more than a quarter-million jobs in May and another 190,000 in June. And there has been no shortage of patients. 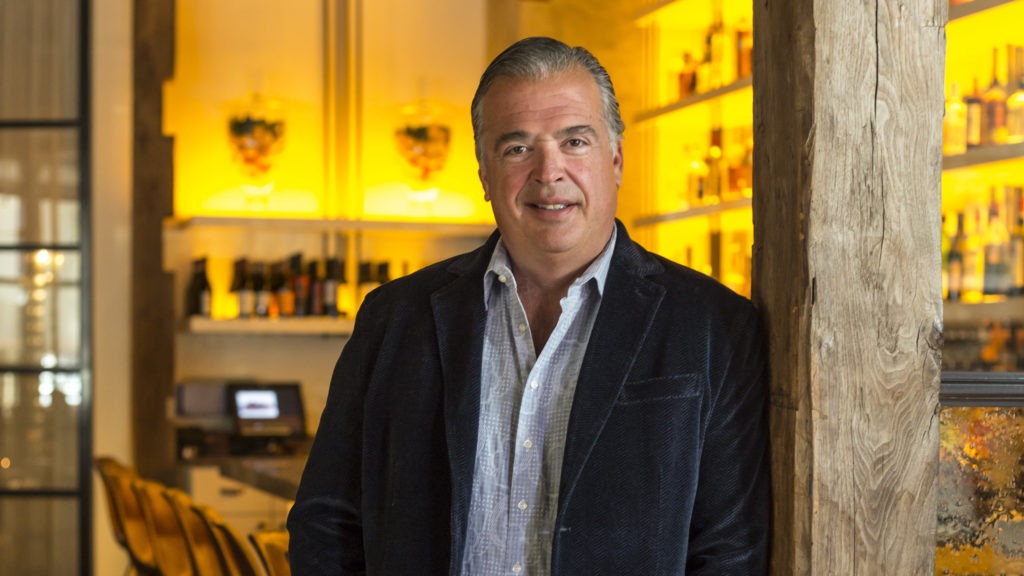 Cameron Mitchell operates more than 50 restaurants in 13 states. He says business was rebounding in June but has dropped again with the surge in new coronavirus infections. CREDIT: Cameron Mitchell Restaurants

She thought no one would want to come. “But we’re booked,” Bailey said. “People miss getting their teeth cleaned. They want to catch up. Every time they come in, they say, ‘This has been nice to get out of the house and feel safe and talk to somebody.’ ”

Factory production has also begun to rebound, along with construction. But airlines and amusement parks are still struggling.

The unemployment rate approached 15% in April, and in June it was still higher — at 11.1% — than during any previous postwar recession.

While the drop in GDP was largely driven by a decline in consumer spending, the economic fallout was cushioned somewhat by an unprecedented level of federal relief.

Wages and salaries fell sharply in April, but that was more than offset by the $1,200 relief payments that the government sent to most adults and by supplemental unemployment benefits of $600 per week.

Those government payments helped prevent an even steeper drop in consumer spending — the lifeblood of the U.S. economy — and allowed struggling families to buy groceries and pay rent.

Federal Reserve Chair Jerome Powell said Wednesday that the money “has been well spent. It has kept people in their homes. It has kept businesses in business. So that’s all a good thing.”

Those extra unemployment benefits are expiring this week, though. With coronavirus infections still threatening the recovery, additional federal support is likely to be necessary.

“Until we get the virus under control, we’re going to need more help,” Behravesh said. “Our view is that we’re not going to get to the pre-pandemic levels of economic activity until some time in 2022.”

“No one is looking for a handout here,” he said. “We’re looking to survive.”

“I don’t think it’s the next couple of weeks,” he said. “But I tell our team, ‘Every day that goes by, it’s one day closer to the end of this thing.’ ”