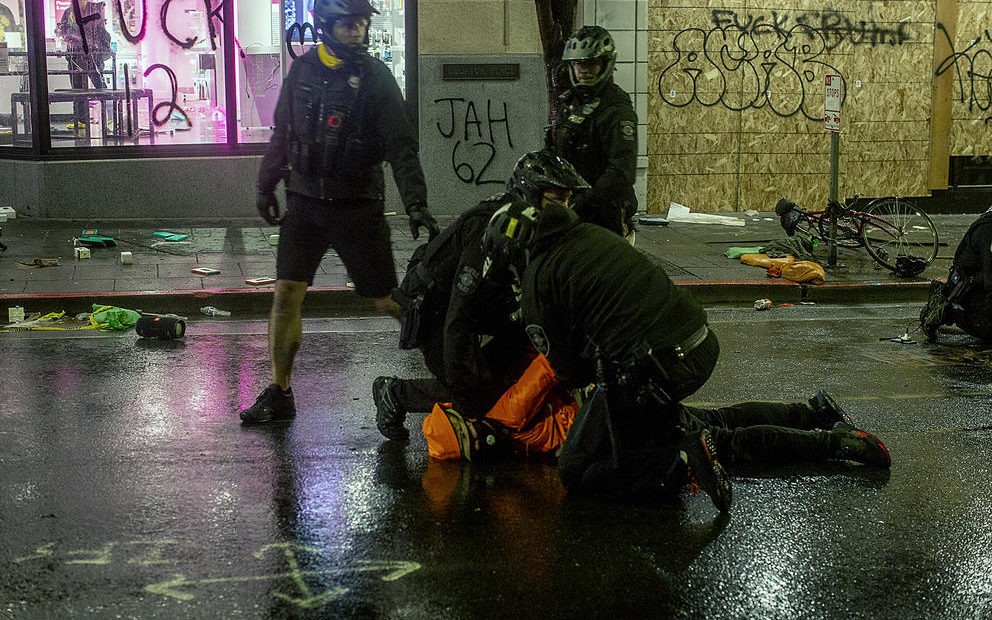 EDITOR’S NOTE: The below statement from public media newsroom leaders in Washington state, including NWPB’s, is made in support of Seattle-area news outlets recently compelled by a judge to hand over their own independent video and photos. This statement is made by public media news departments to support our colleagues in the region’s free and independent press. Read more about the background of the case here from the Reporters Committee for Freedom of the Press. – Scott A. Leadingham, NWPB News Manager

We, the undersigned public media institutions of Washington state, stand with our fellow news outlets in voicing our deep concern and strong disagreement with the recent decision in King County Superior Court that would compel The Seattle Times, KIRO 7, KING 5, KOMO 4 and KCPQ 13 to hand over unpublished images and video to the Seattle Police Department.

While we are not named in the suit, we view this erosion of press freedom in our state as a threat to our journalists, our operations and our democracy. Our concerns are as follows. 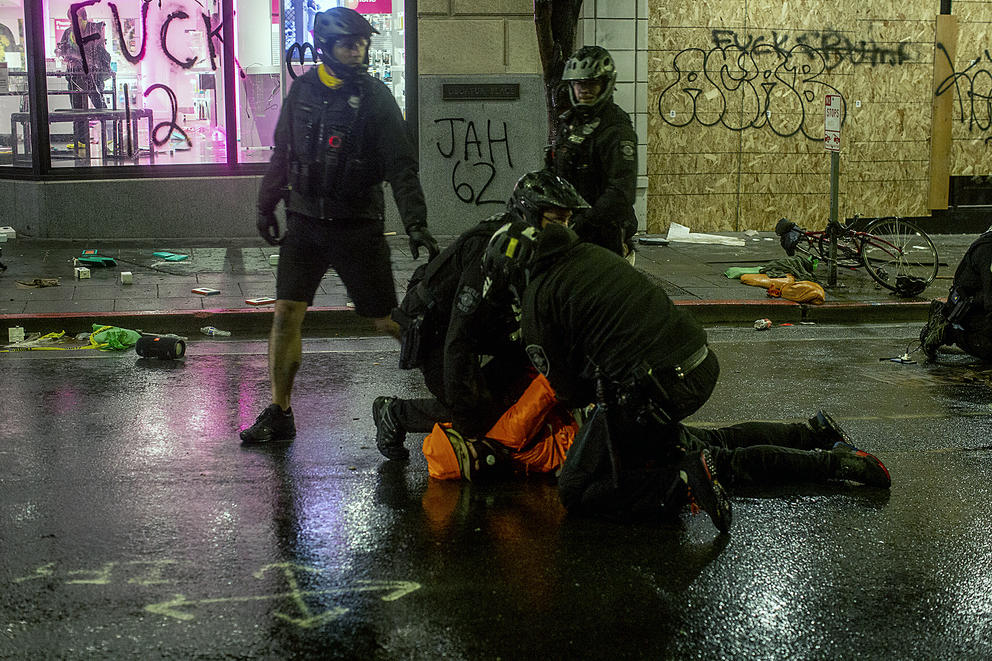 Bystanders yell at a police officer to remove his knee from a detained person’s neck while SPD made arrests at a vandalized T-Mobile store downtown, May 30, 2020. A moment later a fellow officer forcibly removed the officer’s knee from the man’s neck. CREDIT: Shaminder Dulai/Crosscut

First, and most immediately, we are concerned for the safety of all journalists, including our own. Reporting on the recent and ongoing conflict between activists and the city’s police force is already a dangerous undertaking. With this decision, the court threatens our photojournalists’ reputation as neutral observers. This decision opens up the possibility that any images or video captured for our reports could be used in investigations by law enforcement. Knowing this, some of the people participating in civil or uncivil disobedience could view journalists as a threat and treat them as such.

Second, we believe that this decision will limit our ability to tell some important stories. The pursuit of truth requires our journalists to interact with and report on all kinds of people, some of whom are not always law-abiding. If sources believe that all the images and video collected by our journalists could be used against them in a court of law they may be less likely to allow access. Losing this access will deny these stories from being told.

Third, we believe that this decision will erode our ability to fulfill one of our most essential functions: to act as a check on our government. If sources view our journalists as extensions of government they may choose to withhold information on the possible misdeeds of public officials and agencies that they believe deserve public airing. It is important that the press be a trusted outlet for this information, as our editors and reporters take seriously their responsibility to verify any tip of this nature and to report it with appropriate context. Other avenues, such as self-publishing or posting to social media, do not offer this quality control.

Concerns such as these led to the creation of Washington state’s shield law statute, which was signed into law on April 27, 2007, providing the “news media” with absolute protection for confidential sources and qualified protection for other journalistic materials and information. We believe that the statute was improperly applied to this case.

A free press is essential to a functioning democracy. And for that press to remain free it must be allowed to operate without interference from government. This decision constitutes interference and we hope, for the sake of our readers, our communities and our country, that it will stand as an anomaly and not a precedent.