The Snake River dams in Washington would remain in place under a final study released Friday, July 31, by federal agencies.

These recommendations make a few changes from public comments this spring, but the federal agencies’ preferred alternative remains relatively unchanged. The final environmental impact statement (EIS) came out at the same time as the federal protection plan for endangered salmon, known as the biological opinion, or BiOp, which supported the EIS preferred alternative.

This EIS looked at how the 14 dams in the Columbia River System affect fish survival. It also took into account how removing or altering the four lower Snake River dams could cause social and economic changes, including for irrigation and barging.

“(The EIS) finds an appropriate balance between the environmental needs as well as the socioeconomic needs of the region,” Matt Rabe, a spokesperson with the U.S. Army Corps of Engineers, said.

The preferred alternative would allow for more spill over several dams as juvenile salmon migrate out to sea and less power is needed on the grid. It also includes structural changes to some dams to help salmon, steelhead and lamprey passage.

Debates have dragged on for decades about whether to remove or alter the four dams.

The Army Corps, Bureau of Reclamation and Bonneville Power Administration received almost 59,000 comments on the draft EIS this spring. The agencies are expected to finalize this plan by Sept. 30.

Fish advocates pushed for dam breaching, saying it’s the only way to save wild salmon and the southern resident orcas that depend on them for food. Dam advocates say the Snake River dams are far too important for transportation, irrigation and power needs.

Environmental groups say this new plan doesn’t do enough to prevent salmon from going extinct, and could therefore end up back in court.

U.S. District Judge Michael Simon initially ordered federal agencies to take a hard look at all options to save salmon – including removing or altering the four Lower Snake River dams.

“Despite billions of dollars spent on these efforts, the listed species continue to be in a perilous state,” Simon wrote in his decision. “The [Federal Columbia River Power System] remains a system that ‘cries out’ for a new approach.”

Simon’s decision marked the fifth time a court had ordered the federal government to reassess its plans. The federal biological opinion has been tied up in court for more than 20 years.

To help salmon, the study proposes to increase the amount of spill poured over dams as juvenile fish migrate to the Pacific Ocean. A three-year flexible spill agreement – in place since 2019 – is supposed to balance fish and hydropower needs. Operators can choose whether more water needs to pass through turbines or over the tops of dams, depending on the demand for electricity. Water spilled over dams does not generate electricity.

Salmon advocates have called increased spill a “stopgap measure” in the fight to help salmon survive. Before the flexible spill agreement, dam advocates had argued that spilling too much water is detrimental to electricity generation and could also harm salmon.

The preferred plan the federal agencies put forth would also study the pros and cons of increasing spill over dams. It would continue with the flexible spill agreement, but the study’s findings could change the spill plans. Any changes must have no “net reduction in fish or power benefits.”

The four dams on the Lower Snake provide dependable and affordable power, according to Kurt Miller with Northwest RiverPartners. The organization represents community-owned utilities, farmers, ports and businesses.

“People don’t understand the real benefit that those dams bring to the region, with their ability to help balance the grid and integrate other renewable resources, like wind and solar,” Miller said. “There’s tremendous ability both from a climate perspective and from an economic perspective. To try to replace those dams with solar and batteries, the costs are shocking.”

Miller says replacing the dams could add up to a 25% increase in electricity bills for people and businesses.

Miller said he “hopes the BiOp carries more weight,” now that the issues have been studied for more than three years.

“Given all of the science and evidence coming from independent science and researchers about the importance of restoring the river for the long-term sustainable recovery of salmon to harvestable levels for people, Native American tribes and southern resident orcas,” Krehbiel said.

Environmental groups say the final EIS recommendations did not deal enough with salmon survival – they said it didn’t properly account for predators that take advantage of dams to prey on more salmon and climate change and the problems the dams exacerbate, such as rising water temperatures.

This week marked the first time this summer where three of the four reservoirs behind dams on the Snake River measured above 68 degrees Fahrenheit. Sustained temperatures above 68 degrees can be lethal to salmon.

Claire McGrath, with NOAA Fisheries, said this week’s temperature increase is normal and expected for this time of year. She expects temperatures to dip back down next week. McGrath said the high temperatures haven’t been sustained and prolonged enough to be a big concern right now. 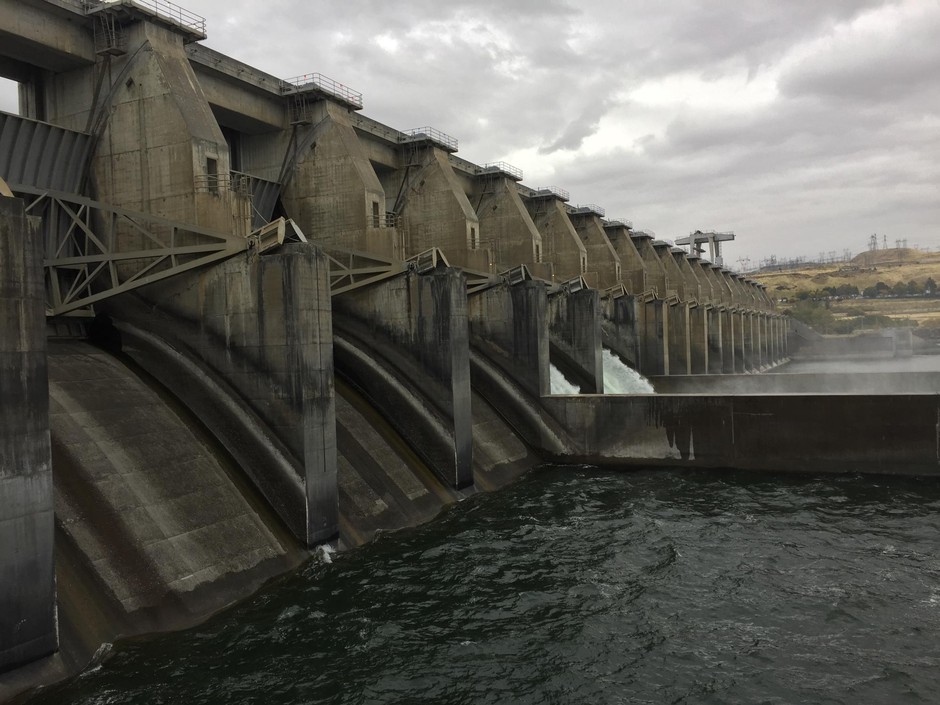 “We’ll just watch it during August and hope for moderate weather,” McGrath said.

McGrath said this year’s Snake River sockeye run is larger than the last several years. Around 363 sockeye have made it past Lower Granite Dam, the furthest upriver of the four Lower Snake dams in Washington.

Environmental groups are still concerned about the future of fish.

“The agencies are essentially doubling down on this path toward extinction,” Krehbiel with Defenders of Wildlife said.

He and other environmental advocates say the federal agencies picked a plan that wasn’t the best for salmon, which could end the groups back in court. (Defenders of Wildlife isn’t a plaintiff in the current biological opinion lawsuit.)

“Court litigation is going to drag out the process even further, and I don’t know if we have a ton of time left to take action to save salmon and orcas,” Krehbiel said.

Rounds of debate and orcas

During this round of debate, environmental groups often linked the Snake River chinook salmon survival to that of the southern resident orcas in Puget Sound that depend on chinook as a major source of food.The southern resident population had dwindled to 73 whales, according to the Center for Whale Research, which tracks them.

Newhouse, whose 4th Congressional District includes the Tri-Cities, has been a strong supporter of keeping the dams in place. He previously hosted informational meetings in the Tri-Cities, with most panelists representing viewpoints in support of the dams.

“Our constituents understand the important role the Federal Columbia River Power System plays for our way-of-life – in fact, we have always said that our rivers and the benefits they provide are the lifeblood of our region,” the members of Congress wrote in a joint statement.

It’s the support of Congress that environmental groups now hope to win. Removing the dams would ultimately take an act of Congress. They say the fight to remove the Lower Snake River dams isn’t over yet.

Oregon Gov. Kate Brown has supported removing the earthen portion of the four Snake River dams. In Washington, three public workshops convened across the state for people to discuss the fate of the dams and ways to save salmon while not harming the economy.

“Those are the types of discussions we need to have moving forward,” Krehbiel said. “It not only sets aside this quagmire that has been stuck in this agency process for decades. It allows people who are actually impacted by these dams to have a seat at the table and come up with a collaborative solution for everyone.”

CLARIFICATION, Aug. 3, 2020: An earlier version of this story inaccurately described the biological opinion, or BiOp. It is a protection plan, not a “recovery” plan.