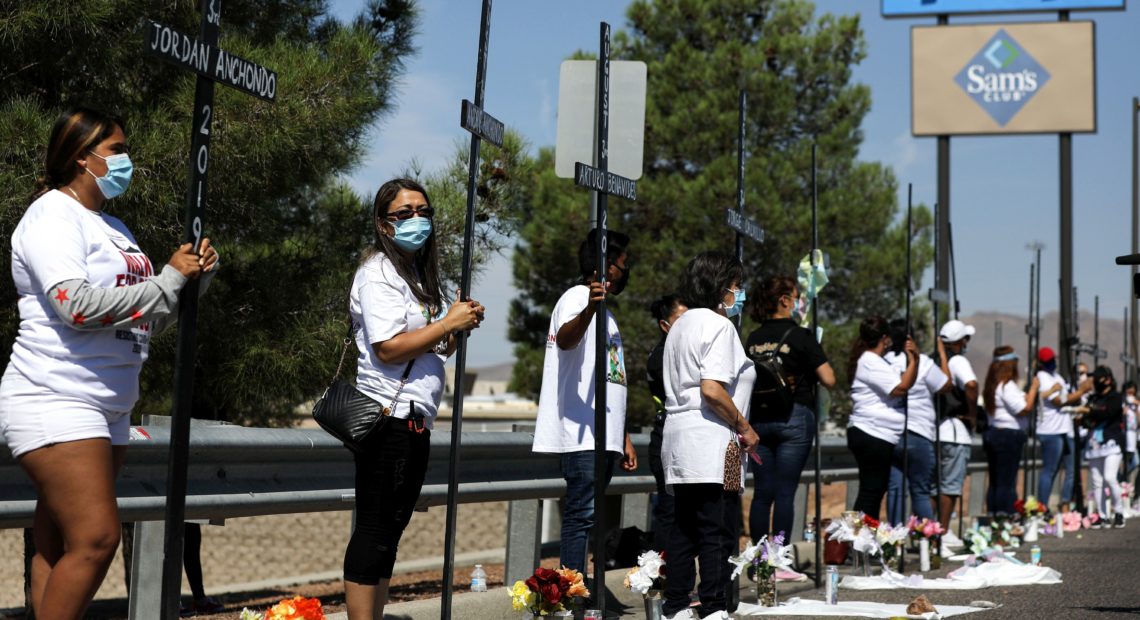 El Paso Mourns, At A Distance, One Year After Walmart Massacre That Targeted Latinos

Adria Gonzalez still remembers the blood, the screaming, the bodies.

On August 3, 2019, she was shopping with her mother at a Walmart Supercenter in El Paso, Texas, when a gunman opened fire with an AK-47, killing 23 people and leaving more than two dozen others wounded.

“It was terrible,” Gonzalez told Lulu Garcia-Navarro of NPR’s Weekend Edition. “But that’s when I started to see people not knowing where to go, and I started yelling in Spanish and in English vamonos, vamonos, let’s go … and people were following me.” 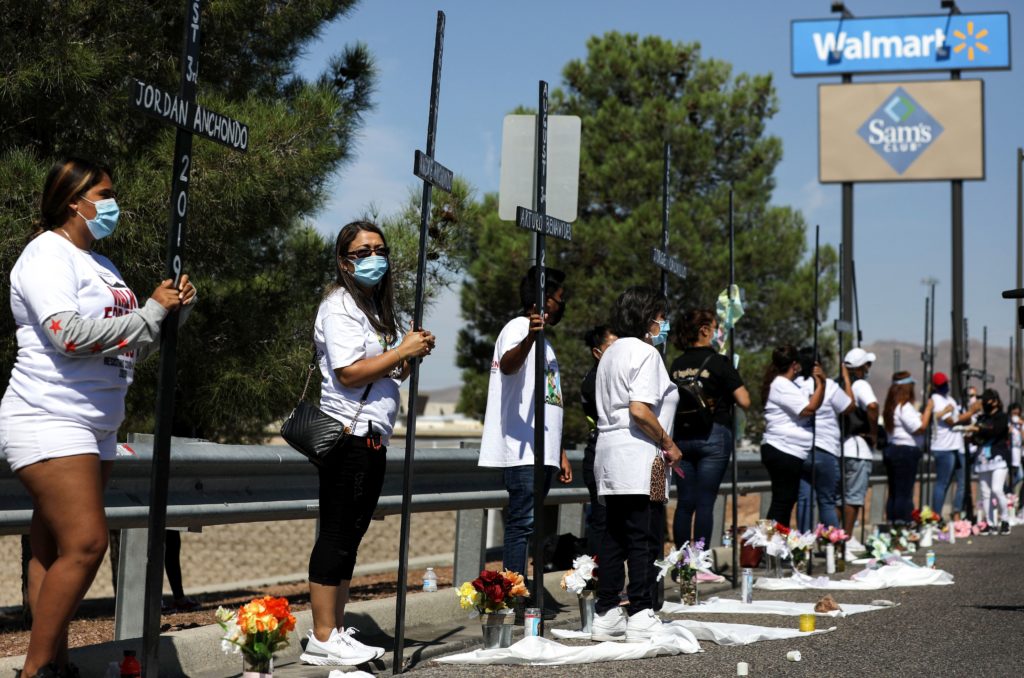 Mourners hold 23 crosses Monday in front of a Walmart honoring those killed in the 2019 attack in El Paso, Texas. CREDIT: Mario Tama/Getty Images

Gonzalez is credited with saving dozens of lives.

On Monday, she and El Paso are marking the anniversary of what authorities called the deliberate targeting of Latinos. Federal prosecutors have charged a suspect with hate crimes; he has pleaded not guilty. Authorities say he wrote a racist and xenophobic screed before driving hundreds of miles to target the city where 80% of residents are of Mexican descent.

“I always say El Paso is familia. It’s family,” Gonzalez said. “I knew a lot of people who passed away in this tragic morning. That’s how connected we are in El Paso.”

El Paso Mayor Dee Margo said a family resilience center established after the shooting estimates the massacre directly affected more than 30,000 people in the border community. On the day of the shooting, the Walmart was crowded with senior citizens, many of whom were depositing benefits checks that had just arrived, Angela Kocherga of NPR member station KTEP reported. More than half of the victims were over the age of 60.

On Monday, in front of a row of hand-painted crosses bearing the names of the victims, 23 white doves were released in honor of those killed. Other makeshift memorials have been designed to maintain physical distancing guidelines as the city mourns in the middle of a global pandemic. Almost a half-million Texans have tested positive for the coronavirus.

Some mourners who live in Mexico have been unable to visit memorials or attend services because of coronavirus-related border restrictions, according to the El Paso Times. 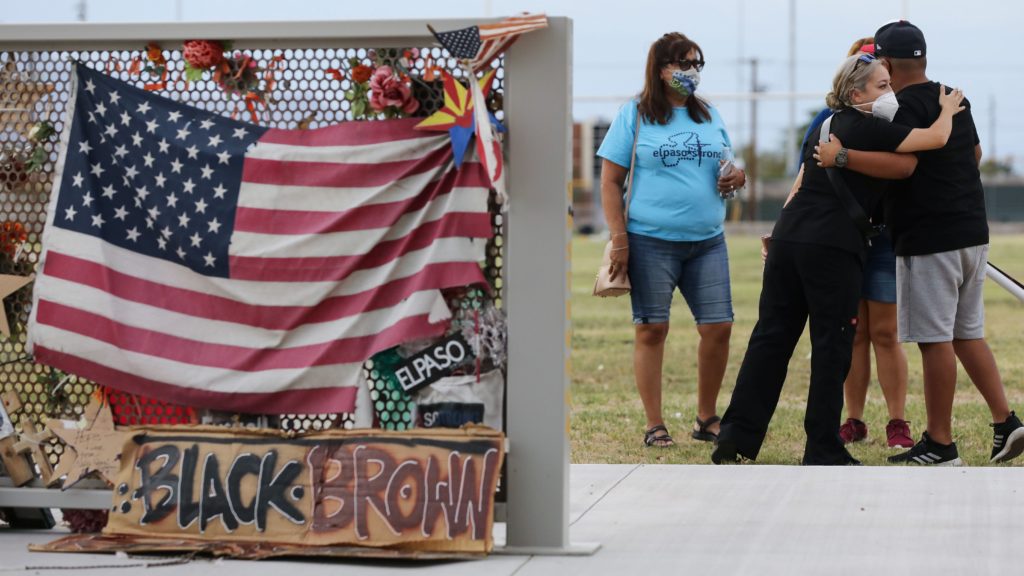 “Our standard greeting is an abrazo,” Margo told CNN, using the Spanish word for embrace. “This pandemic says you can’t do that, and it’s complicating who we are, our normal nature and culture.”

Among the victims was David Johnson, who was killed as he tried to protect his granddaughter, Kaitlyn. Her mother, Stephanie Melendez, told The Associated Press that Kaitlyn was planning on going to a summer camp for kids with post-traumatic stress disorder when she tested positive for the coronavirus.

“You’re like, ‘How can I do this again?’ ” Melendez told the AP. “We survived one thing and then we get hit with something else.”

Latinos have been disproportionately affected by the coronavirus, and have been hospitalized at a rate four times higher than white Americans, according to the Centers for Disease Control and Prevention. The pandemic, however, has given Gonzalez and her mother a new way to help the community. She bought her mom a used sewing machine to make face coverings, an activity she describes as a kind of meditative therapy.

But fear persists. As NPR’s Hannah Allam has reported, experts described the manifesto written by the suspect as a call-to-arms for white nationalists, part of a wave of racially motivated violence in recent years.

“Our therapist tells us, you have to get out a little bit. And we do,” Gonzalez said. “But we sometimes are worried about, you know, who is going to attack us or who’s going to judge us or what if this is going to happen again.”