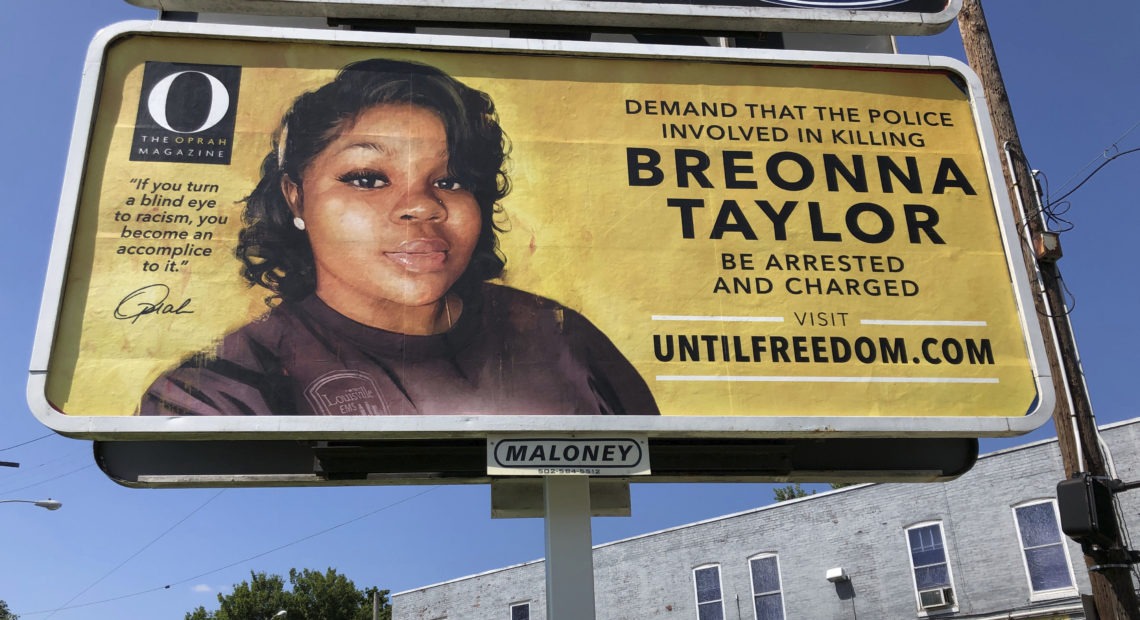 O, The Oprah Magazine has commissioned 26 billboards calling for the arrest of the police officers involved in the killing of Breonna Taylor to be placed across Louisville, Ky., the magazine said in a Friday article.

“Demand that the police involved in killing Breonna Taylor be arrested and charged,” each of the 26 billboards — one for every year Taylor was alive — reads.

The signs also refer to Until Freedom, a social justice organization that has pushed for police accountability in Taylor’s death. 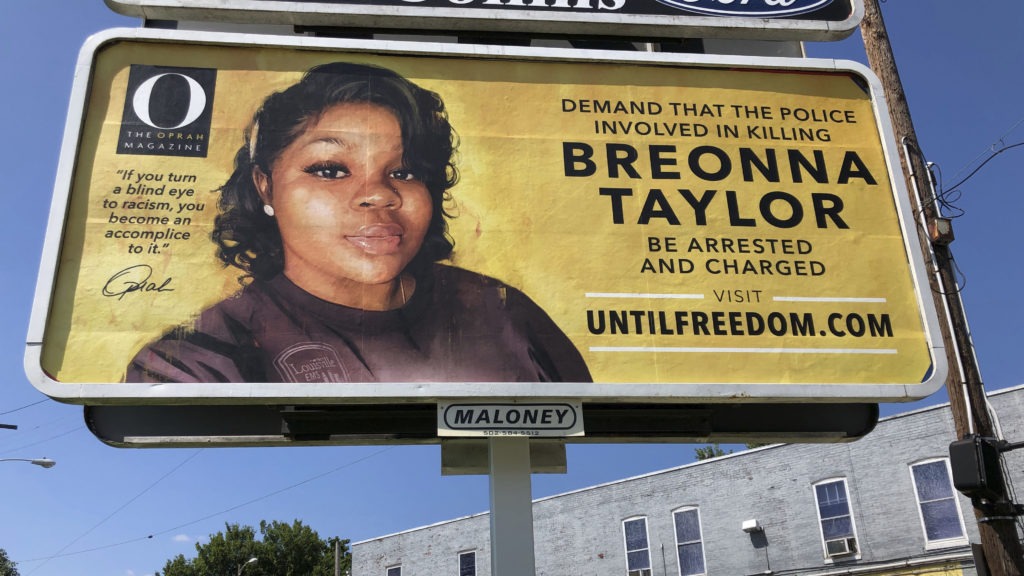 A billboard with a photo of Breonna Taylor, sponsored by O, The Oprah Magazine, is on display on Friday in Louisville, Ky. It’s one of 26 billboards going up across the city demanding arrests in her shooting death.
CREDIT: Dylan T. Lovan/AP

The billboard artwork uses the cover image of the September issue of O Magazine, which marks the first time in the publication’s 20-year run that the magazine’s founder — talk show host and media executive Oprah Winfrey — has not been on the cover.

“Imagine if three unidentified men burst into your home while you were sleeping,” Winfrey wrote in her “What I Know for Sure” column for the September issue. “And your partner fired a gun to protect you. And then mayhem. What I know for sure: We can’t be silent.”

Taylor was killed by Louisville Metro Police on March 13 when at around 1 a.m., officers executing a “no-knock” warrant stormed her apartment where she and her boyfriend, Kenneth Walker, were sleeping.

Walker, a licensed gun owner, believed the officers were intruders, his attorney has said, and fired at them, striking one officer in the leg. Police shot back, hitting Taylor eight times, killing her.

Louisville has since banned the use of no-knock warrants.

One of the officers involved in Taylor’s death, Brett Hankison, was fired in June over the shooting for having “displayed an extreme indifference to the value of human life.”