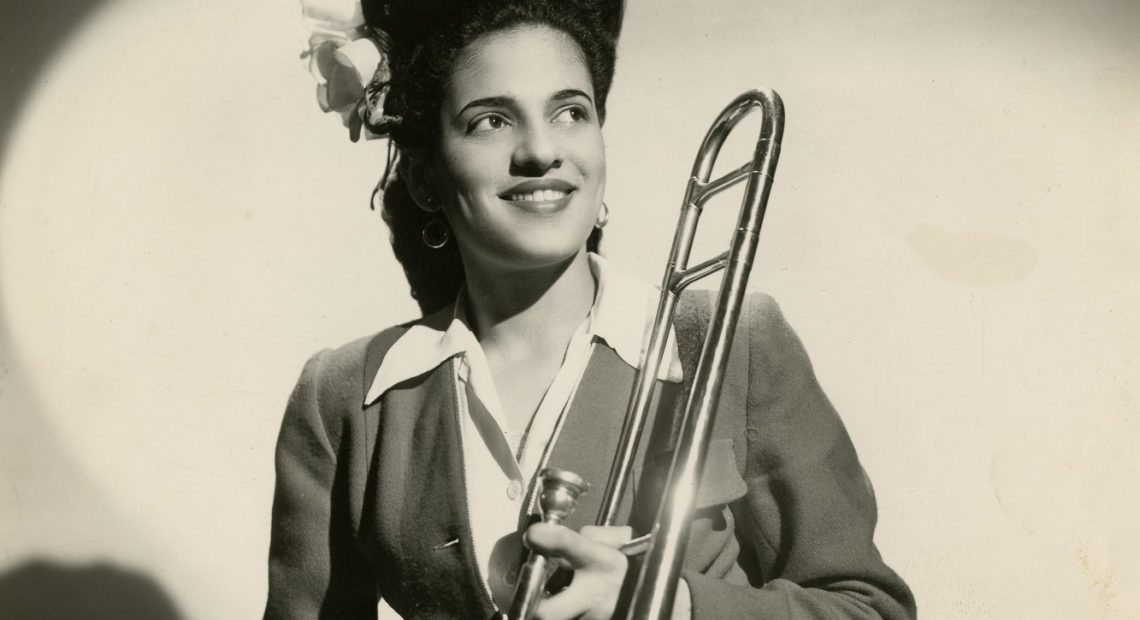 Helen Jones Woods, who played trombone with the International Sweethearts of Rhythm, a history-making all-female big band that toured widely during World War II, died of COVID-19 on July 25 in Sarasota, Fla. She was 96.

Her daughter Cathy Hughes, founder and chairperson of the broadcast media company Urban One, confirmed the details of her death to NPR.

In addition to their pioneering role as women on the jazz circuit, the International Sweethearts of Rhythm were an interracial band in the era of Jim Crow. Their extensive itinerary through the South, where they traveled by sleeper bus, reportedly inspired jazz piano giant Earl Hines to call them “the first Freedom Riders.” They also toured Europe, playing in occupied Germany for American soldiers — both white and Black, though not at the same time. 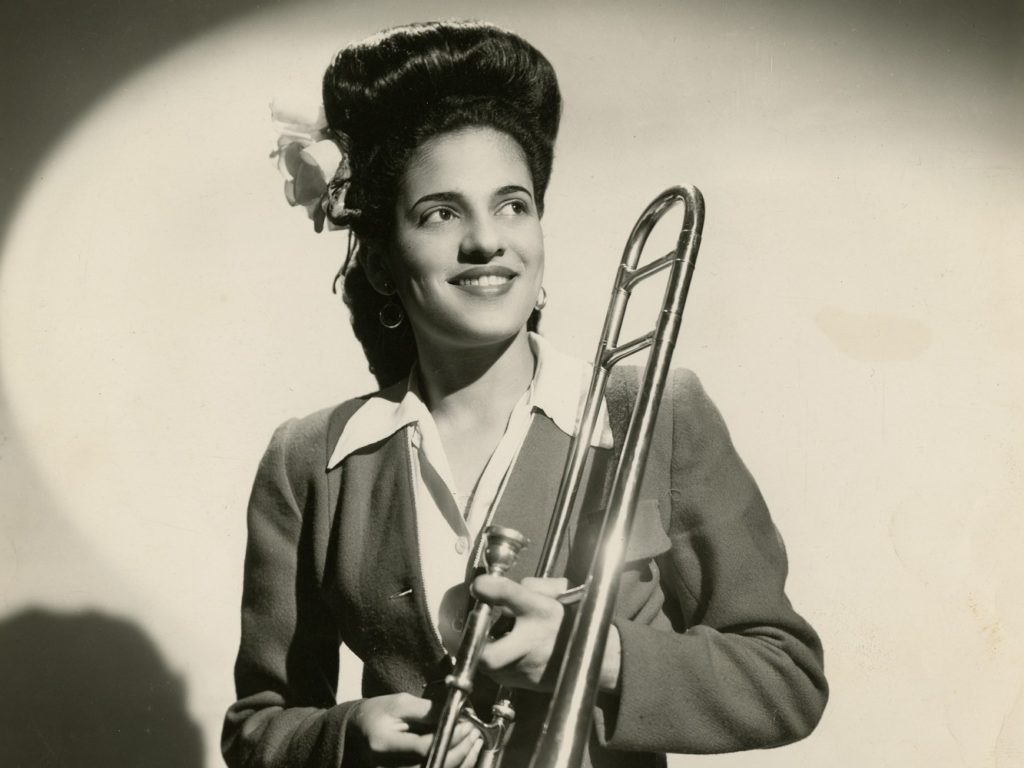 As a Black musician, Woods endured mistreatment and indignity on the road. “Music broke her heart,” says Hughes. “In the ’30s and ’40s, and even the ’50s, which was the last time she played, they wouldn’t get paid regularly. They couldn’t find housing accommodations.”

After the Sweethearts disbanded in 1949, Woods joined the Omaha Symphony, only to be fired after her first performance. Her father, who had a darker complexion, came to pick her up, which prompted symphony management to realize she was Black. This was the last straw for Woods, who chose to end her musical career. She became a registered nurse, spending the next 30 years devoted to nursing and social work.

Helen Elizabeth Jones was born in the fall of 1923 — on Oct. 9 or Nov. 14, according to conflicting documents — in Meridian, Miss. She was adopted by Dr. Laurence Clifton Jones, founder of the Piney Woods Country Life School, an African American boarding school. Dr. Jones and his wife, Grace, encouraged her interest in music from an early age. But despite their preference for the violin, she gravitated to the trombone, drawn to its slide.

To raise money for their school, Dr. and Mrs. Jones formed touring musical groups made of students; one of these was The Cotton Blossom Singers, an all-girl choir. Then, after hearing a CBS radio broadcast of Phil Spitalny’s All-Girl Orchestra, Dr. Jones had the idea to start an instrumental group. He called it The Swinging Rays of Rhythm, composed of Piney Woods schoolgirls ranging in age from 13 to 19. Woods was among its youngest members.

The Swinging Rays of Rhythm proved a popular act, with its proceeds supporting the school until splintering off to become the Sweethearts. Woods would later recall this split ruefully: In a 1995 interview with Sherri Tucker, author of Swing Shift: “All-Girl” Bands of the 1940s, she recalls that a pair of bookers from Washington, D.C., persuaded the band’s manager “that we should leave the school and let them manage us and then we would get a good income and things like that. Which they cheated us out of, you know.”

Woods made a life in Omaha, where she worked at the Douglas County Hospital for over three decades. With her husband, William Alfred Woods, she raised four children, who survive her: in addition to Cathy, they are Jacquelyn Marie Woods, William Alfred Woods and Dr. Robert Anthony Woods.

Though she never forgot the bitter taste of her experience as a touring musician, Woods acknowledged her place in history — notably in a 2011 panel discussion at the Smithsonian, co-moderated by her daughter.