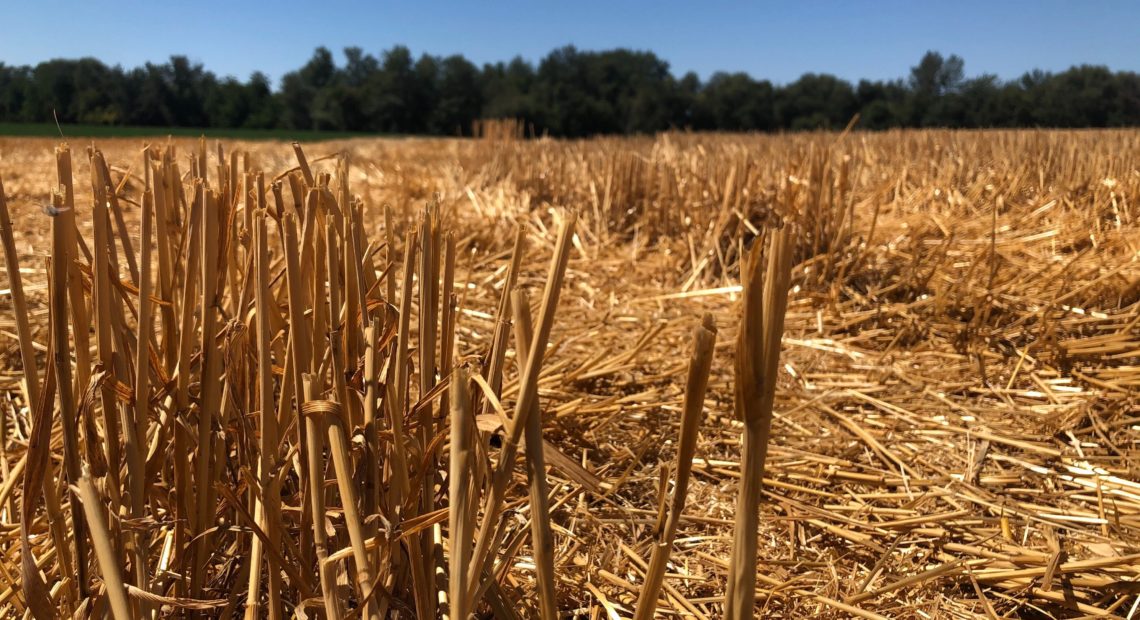 Near Walla Walla, Washington, off U.S. Highway 12, stacks of baled straw are plunked down in jagged rows. They cut boxy midday shadows amid the crew-cut stubble. It’s harvest time.

Then came the late May rains that drenched some areas and skipped others, and a cooler-than-average June.

But there’s a glut of wheat on the world market. Places like Australia have rebounded from drought to produce more grain this year, according to Amanda Hoey, CEO of the Oregon Wheat Commission.

“We are still challenged to see those market numbers to come up in terms of the price for our producers,” Hoey said. “But on the positive note, this year is looking a lot better than expected for our harvest numbers.”

Producers in Oregon, Washington and North Idaho were all challenged with a common fungus called stripe rust this year, but were able to get it under control by spraying chemicals. Left untreated, stripe rust spores can devastate yields and can travel for hundreds miles on the wind to infect other fields.

“Stripe rust is the number one disease on wheat in the Pacific Northwest, and can cause big damage on the wheat,” said Xianming Chen, research plant pathologist with the U.S. Department of Agriculture in Pullman, Wash. “It’s one of the most threatening fungal pathogens for wheat production in the world. It likes a mild winter and a cool summer. So every year we have this disease in the Northwest.”

In both Washington and Oregon the crop harvested so far looks to be high quality: low moisture content, plump kernels and good protein, according to Glen Squires with the Washington Grain Commission. And this year’s crop has low enzyme activity. That’s good news for baking sponge cakes in Japan and other Asian countries, where much of the Northwest’s wheat crop is shipped.