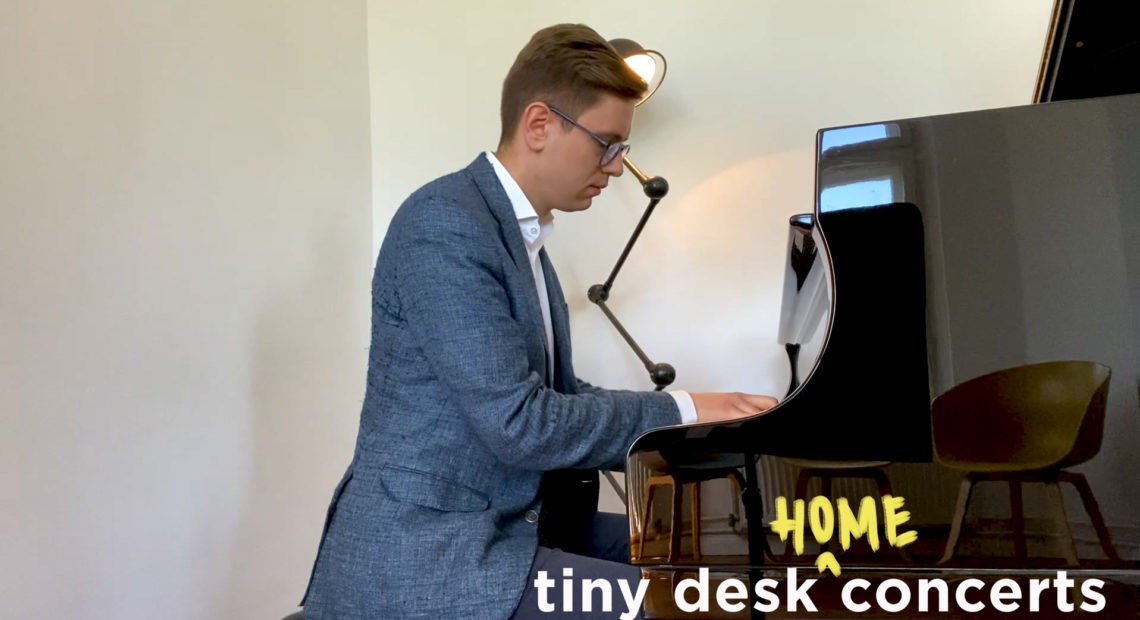 “I hope everybody stays safe and is good to each other,” Víkingur Ólafsson says at the end of this beautiful four-song set.

Before he packed his final bags to return to his native Iceland, the pianist gave one last performance from his home in Berlin. His career has moved from strength to strength, releasing three terrific albums in a row (Philip Glass, J.S. Bach, Debussy-Rameau). And now that he has a young son, he wants to spend as much time with the family as possible these days.

After grounding us in the resilient music of Bach, Ólafsson offers a crash course in the fascinating music of Jean-Philippe Rameau and Claude Debussy, two French composers who lived nearly 200 years apart. Ólafsson connects the dots between the two seemingly strange bedfellows, illustrating his points with demonstrations on his Steinway.

Ólafsson has penchant for making transcriptions, taking pieces written for other instruments and making them his own. He closes with “The Arts and the Hours,” his mesmerizing arrangement of a scene from Rameau’s final opera, which he plays as a farewell to his Berlin apartment.