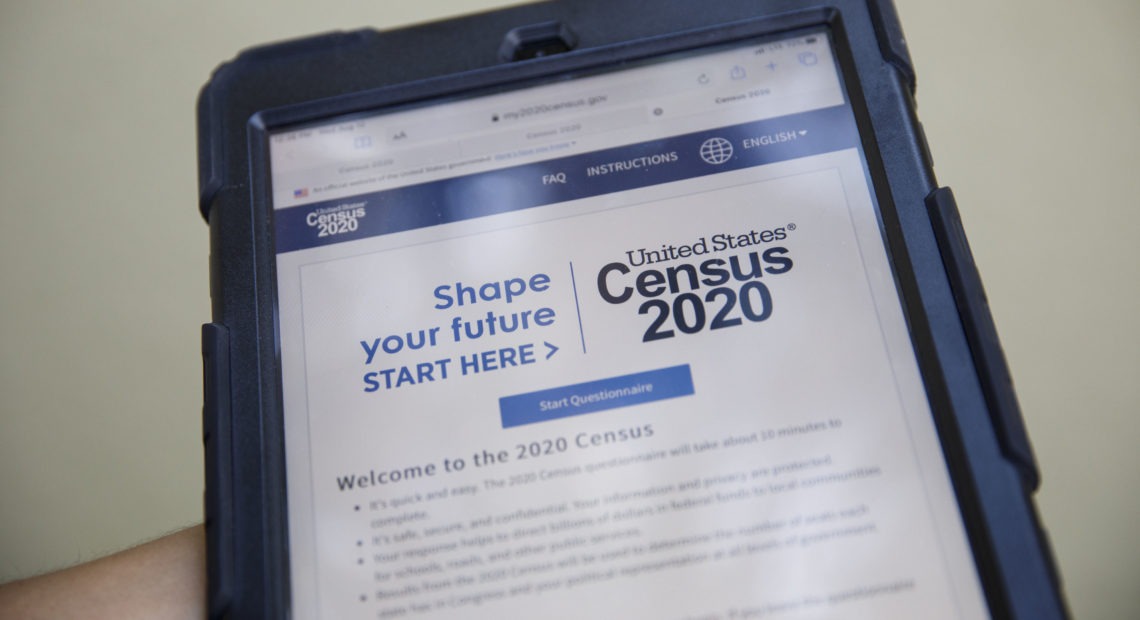 Census Work Has Been Winding Down, But A Judge Says It Needs To Press On For Now

The Trump administration must, for now, stop winding down in-person counting efforts for the 2020 census, a federal judge in California ordered Saturday, while a legal fight over the shortened schedule for the national head count continues.

The temporary restraining order issued by U.S. District Judge Lucy Koh in the Northern District of California comes after challengers led by the National Urban League filed an emergency request as part of a federal lawsuit — both of which cite NPR’s reporting. The order is expected to remain in effect until a court hearing is held on Sept. 17 for the plaintiffs’ request for a court order that would require counting to continue through the end of October. 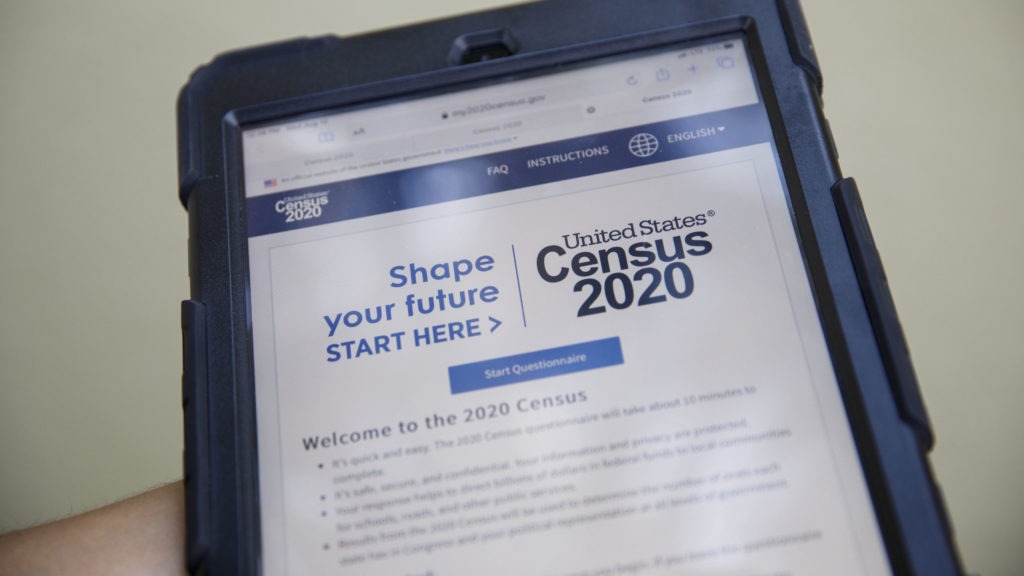 A volunteer in Los Angeles holds a computer tablet displaying the online questionnaire for the 2020 census in August.
CREDIT: Patrick T. Fallon/Bloomberg via Getty Images

A coalition that includes civil rights groups and local governments, as well as the Navajo Nation and the Gila River Indian Community in Arizona, is trying to force the Census Bureau to abandon a last-minute schedule change that cuts counting a month short to end on Sept. 30, instead of Oct. 31, which was originally chosen by the bureau to make up for delays caused by the coronavirus pandemic.

“Today’s ruling buys the census some precious and indispensable time by barring the administration from shutting down the count while the federal courts are still considering our request for relief,” Thomas Wolf, a senior counsel at the Brennan Center for Justice who is helping to represent the plaintiffs, said in a statement.

The Census Bureau and the Justice Department did not immediately respond to NPR’s requests for comment.

The judge concluded the order is needed now because the challengers are likely to suffer from “irreparable harm.”

“Because the decennial census is at issue here, an inaccurate count would not be remedied for another decade, which would affect the distribution of federal and state funding, the deployment of services, and the allocation of local resources for a decade,” the judge wrote.

The order highlighted part of a sworn statement by Al Fontenot, the associate director for the 2020 census, who confirmed that the bureau has already started letting go of some of its temporary workers in areas that have “completed their work.”

“It is difficult to bring back field staff once we have terminated their employment,” warned Fontenot, who suggested the earlier a court were to order the administration to extend counting, the more census workers the bureau would likely have on staff.

Without that extra time, the challengers are concerned the bureau will not be able to adequately conduct the constitutionally mandated count of every person living in the country, especially among people of color, immigrants and other historically undercounted groups.

In response to a question by NPR during a July 8 press briefing, Fontenot said the bureau was “past the window” of being able to provide the latest census numbers to the president by Dec. 31.

Still, after publicly supporting extensions to the census timeline, the Trump administration mysteriously made an about-face in August when the bureau announced it was speeding up its efforts in order to deliver the first batch of numbers to the president by year’s end. That was even after the administration asked Congress to push back legal deadlines for reporting census results, which are used to determine the distribution of political representation and federal funding among states and local communities for the next decade.

A day after NPR reported that the bureau was ending door-knocking efforts in some areas as early as Sept. 18, Justice Department attorneys confirmed in a court filing that the bureau has “already begun taking steps to conclude field operations,” while warning that any court order “could not be implemented at this point without significant costs and burdens” to the bureau.

In his sworn statement, Fontenot emphasized, wishing to be “crystal clear,” that if a court were to order counting to continue past Sept. 30, the bureau would not be able to meet the Dec. 31 deadline for the first set of census numbers. He noted that the bureau “simply cannot shorten” the time left for processing census results again, after it has already been truncated to about three months.

Fontenot added that the possibility of “continual, conflicting, and evolving court orders” is “particularly troubling.”

“While Census Bureau staff have demonstrated considerable resilience and flexibility during this difficult year, some certainty as to the amount of time available to conclude data collection and post processing will increase the likelihood of a successful outcome,” Fontenot said.

In a similar federal lawsuit in Maryland, attorneys for another group of challengers are set to appear virtually for a hearing on Sept. 21 about their request to block the administration from ending census efforts earlier than previously scheduled.