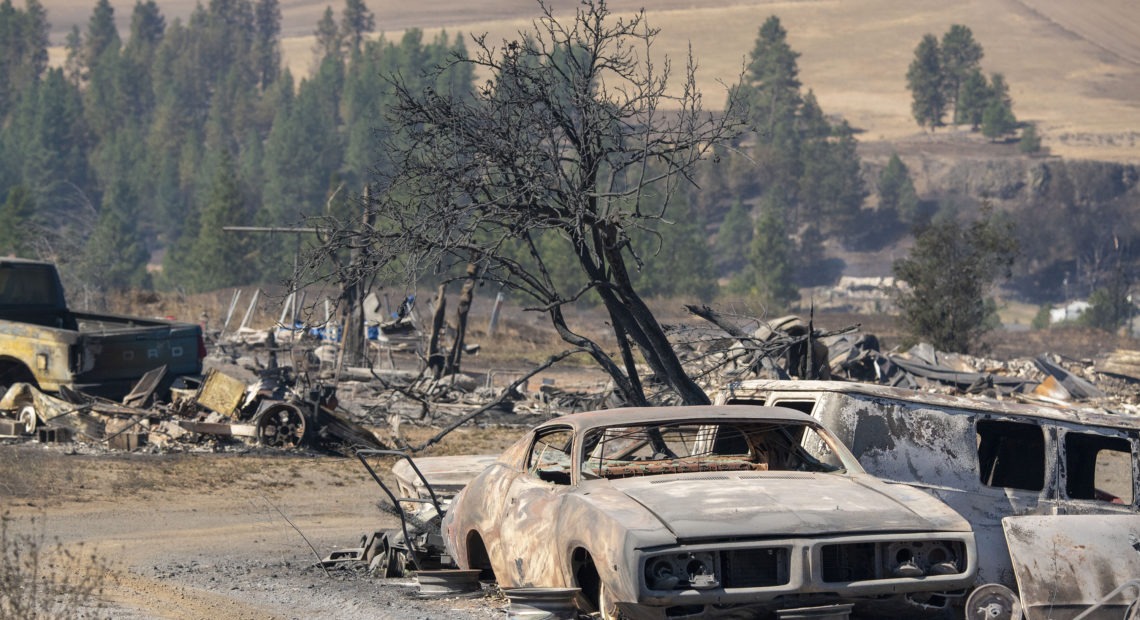 At least 14 people have died in wildfires that are raging in Oregon, California and Washington state, adding to the horrible toll from record-setting fires in 2020.

The latest report of fatalities came from northern California on Thursday evening. Capt. Derek Bell of the Butte County Sheriff’s Office said at a briefing that authorities had discovered seven bodies, bringing the official number of wildfire-related deaths in the state to 10.

Bell said officials are still in the process of investigating the circumstances of the deaths, identifying the individuals and notifying their next of kin.

A team of anthropologists from Chico State University is assisting detectives in the ongoing search for human remains in affected areas, Bell added. Sixteen people in the county are reported missing.

The other confirmed deaths are three people in Oregon and one in Washington state.

In Oregon, some 500,000 people have had to evacuate, and that number is expected to grow. State emergency management officials are encouraging residents affected by the fires to register on a Red Cross website to help with search efforts.

“This could be the greatest loss of human lives and property due to wildfires in our state’s history,” Oregon Gov. Kate Brown said.

Large parts of the West Coast were under warnings for elevated fire weather threats Thursday, but there could soon be a measure of relief as forecasts call for a decrease in fire-driving winds.

“The strong, gusty winds over the West are expected to weaken by the weekend,” the National Weather Service says. Even so, the agency adds, high temperatures and low humidity will still pose a threat.

The seven confirmed deaths are three people in Oregon, three in California and one in Washington state.

Vehicles and much of the town were destroyed by a wildfire in Malden, Wash., on Monday, Sept. 7, 2020. Large parts of the West Coast are under warnings for elevated fire weather threats Thursday, but there may be relief if fire-driving winds decrease as expected. CREDIT: Jed Conklin/AP

The Almeda Drive Fire in southern Oregon, which devastated the towns of Phoenix and Talent, caused at least one death, Jackson County Sheriff Nate Sickler said. The body was found near the fire’s point of origin and “the cause of death is under criminal investigation,” Jefferson Public Radio reports.

Two other people died in Marion County, “where a complex of fires has burned whole canyons east of the Willamette River,” Oregon Public Broadcasting reports. Those victims were a boy, 13, and his grandmother, the Salem Statesman Journal reports. The boy’s mother is in critical condition at a Portland hospital, the newspaper says.

A 1-year-old died in the Cold Springs Fire in northern Washington state, Public Lands Commissioner Hilary Franz said in a statement. The boy was killed as his family tried to reach safer ground, according to KXLY-TV. His parents were reportedly hospitalized with severe burns.

In California, three people died as the fast-growing Bear Fire forced thousands of people to evacuate their homes in Yuba and Butte counties, according to Capital Public Radio. Local officials did not offer details about those deaths when they initially announced them.

Evacuation orders include part of Paradise – the community devastated by the Camp Fire in 2018. Nearby residents say they’re vividly recalling that tragedy this week.

“People said, ‘Oh, our tires were melting, you know, and just scared to death and getting burned,’ ” Pamela Newton tells Capital Public Radio. “And that’s all I could think about.”

Other people who live near Lake Oroville described fleeing the small town of Berry Creek in the middle of the night, driving through a corridor of burning houses as ash rained down from the sky. Before they left, many of them tried to give their homes a chance to survive.

“I left the sprinklers on the roof when I left,” Ron Elms tells Capital Public Radio. “I left the generator on. I did everything I could to save it. So we’ll just see.”

California has already seen more than 2.5 million acres burn this year — a record dating back at least three decades to when the state started tracking the statistic. In a normal season, an average of 300,000 acres would likely burn.

According to the California Department of Forestry and Fire Protection, or Cal Fire, “2020 has already taken the number one spot for acres burned and there are still several months to go” in the fire season.

Wildfires in Oregon and Washington have burned more than 900,000 acres, the Bureau of Land Management said.

Two new large fires have emerged in Oregon, the Northwest Interagency Coordination Center said in its update Thursday morning, adding to the misery in an area that also saw “significant growth” among the fires already burning in western Oregon’s valleys. 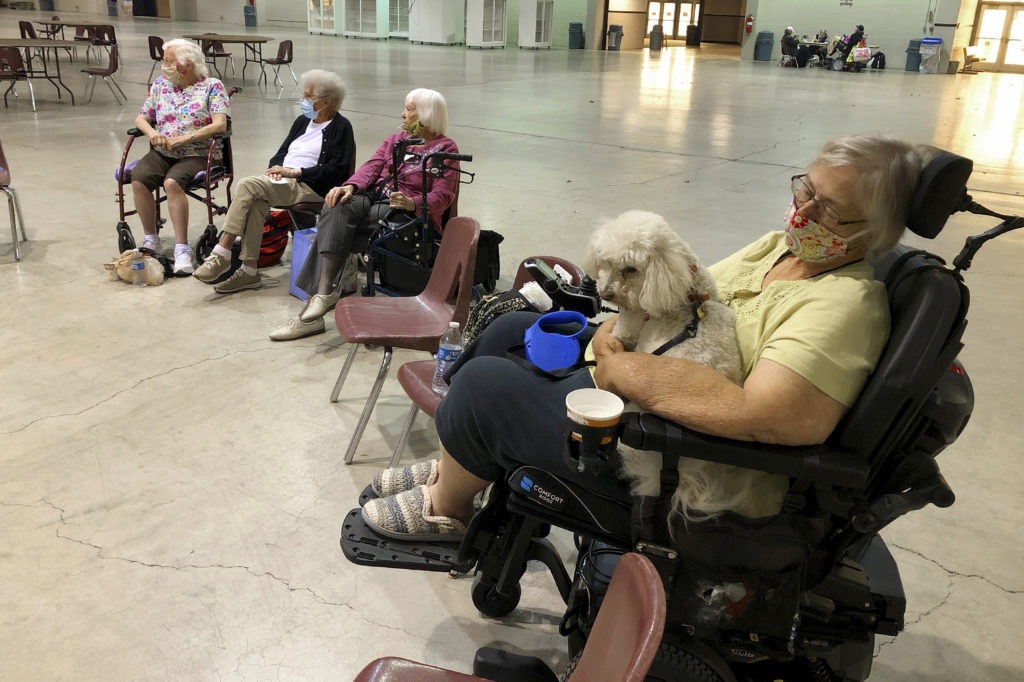 Gov. Brown has asked President Trump to approve her request for a major disaster declaration for Oregon.

Dozens of unpredictable and large fires over such a large geographic area has strained firefighting resources. While some neighboring states have pitched in to help, the effort has become international.

“Federal fire managers say Canadian and Mexican fire crews are now helping out on the West Coast,” NPR’s Kirk Siegler reports. “And the agency is requesting more help in the form of 10 hand crews from the U.S. military.”

Those crews might get a break if the winds drop, which would be welcome news along the coast but less so in inland areas — as the massive banks of smoke that have accrued along the Pacific coast would start to move eastward.

A low-level wind pattern has been driving smoke to the west for several days, blanketing cities such as Seattle and San Francisco with an eerie, orange haze. As the wind direction shifts, “smoke from the wildfires may waft and settle inland,” the NWS says.