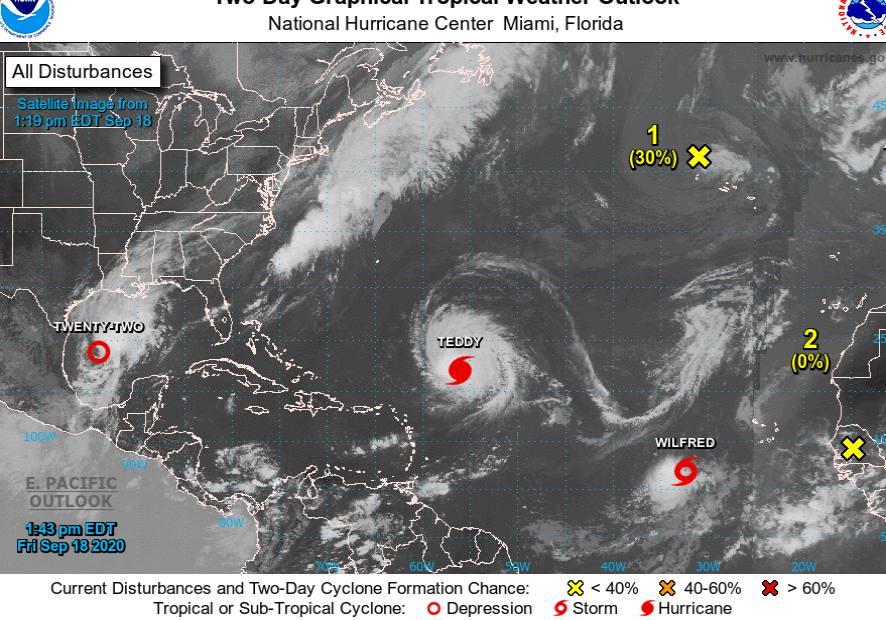 So 2020: New Storm Forms, Named Alpha Because We’ve Run Out Of Letters

Hurricane season, like many other aspects of life, has reached peak 2020.

When Tropical Storm Wilfred and Subtropical Storm Alpha formed on Friday, they became the 21st and 22nd named storms of the season. Not long after them, weather forecasters spotted Tropical Storm Beta.

Put another way, this marks just the second time in history that forecasters have had to resort to the Greek alphabet because available storm names have been exhausted.

The World Meteorological Organization has a list of 21 potential storm names, listed alphabetically from A to W (there are no Q, U, X, Y or Z names because of availability). 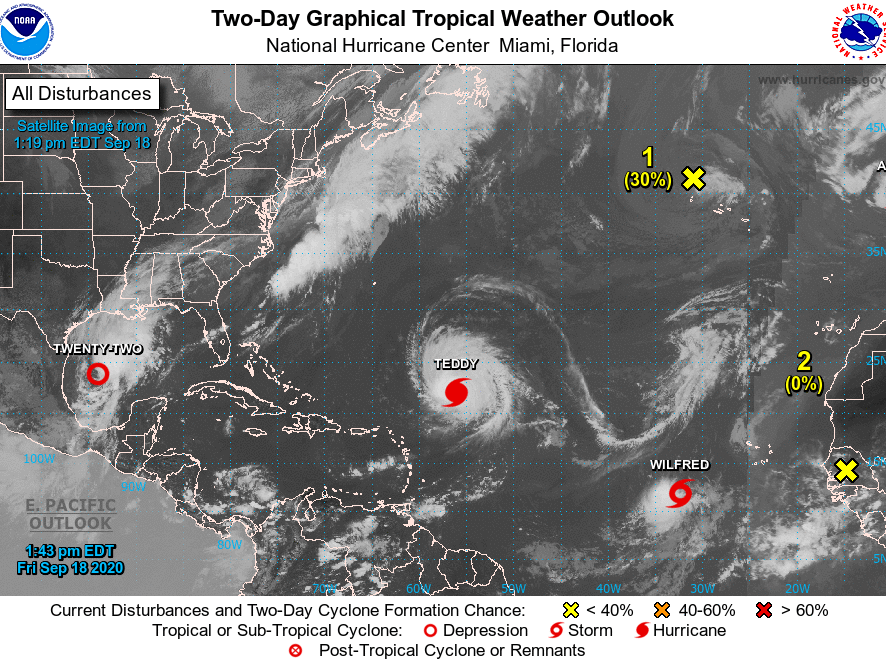 Satellite images of storms forming in the Atlantic Ocean. Tropical Storm Wilfred is the last named storm of the 2020 season using the English alphabet.
Courtesy of NOAA

There’s only been one other year – 2005 – that Greek names have been needed, where officials had to use a total of six Greek letters.

The Atlantic tropical storms have been named by National Hurricane Center since 1953. The names are now maintained by an international committee of the WMO.

“Get out the Greek Alphabet for the rest of 2020,” the NHC proclaimed in a late Friday morning advisory announcing Tropical Storm Wilfred had formed in the eastern Atlantic, roughly 630 miles off the coast of the Cape Verde.

In a tweet, the NHC crossed off the name Alpha since it’s now in use.

Subtropical Storm Alpha has formed off the coast of Portugal and is expected to be short-lived but bring heavy winds and rain to that country. 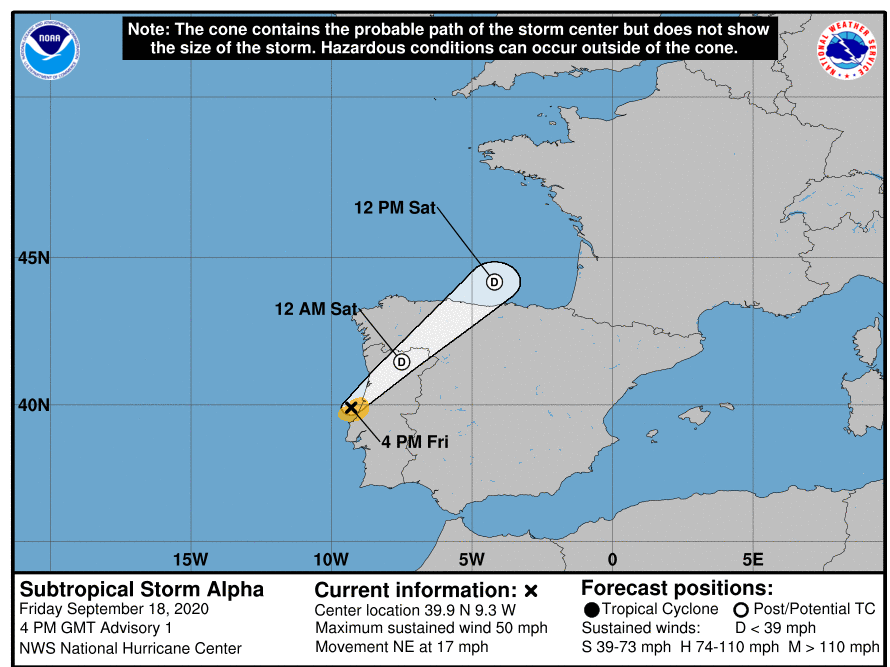 Subtropical Storm Alpha has formed off the coast of Portugal and is expected to be a short-lived storm, according to the National Hurricane Center.
Courtesy of NOAA

Another storm, currently named “Tropical Depression Twenty-Two,” is strengthening in the Gulf of Mexico. It could become the next named storm. The NHC is predicting that this system has the potential to strengthen to a tropical storm, and then a hurricane, in the coming days.

“There is an increasing risk of heavy rainfall and flooding along the Texas coast from Sunday through at least the middle of next week,”the NHC warned.

Storms that are particularly deadly or costly often have their storm names retired by the WMO so they’re never used again.

The rotating list of storm names is reused every six years. But this week, the WMO said that would not be the case with Greek-letter storms, because of their relative rarity.