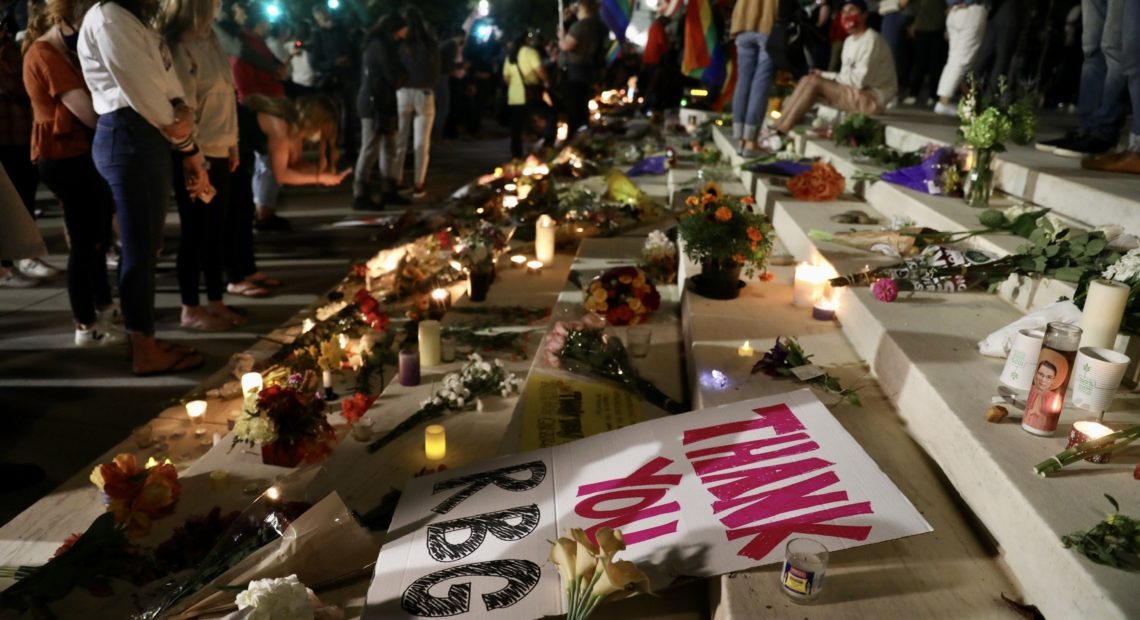 On the steps of the Supreme Court building, soft cries and the low murmur of chirping crickets filled the air as hundreds of people grieved the death of Supreme Court Justice Ruth Bader Ginsburg.

Occasionally short bursts of clapping broke out before the crowd resumed its silence. At points, the crowd sang “Amazing Grace,” “America the Beautiful,” and “Imagine” by the Beatles. 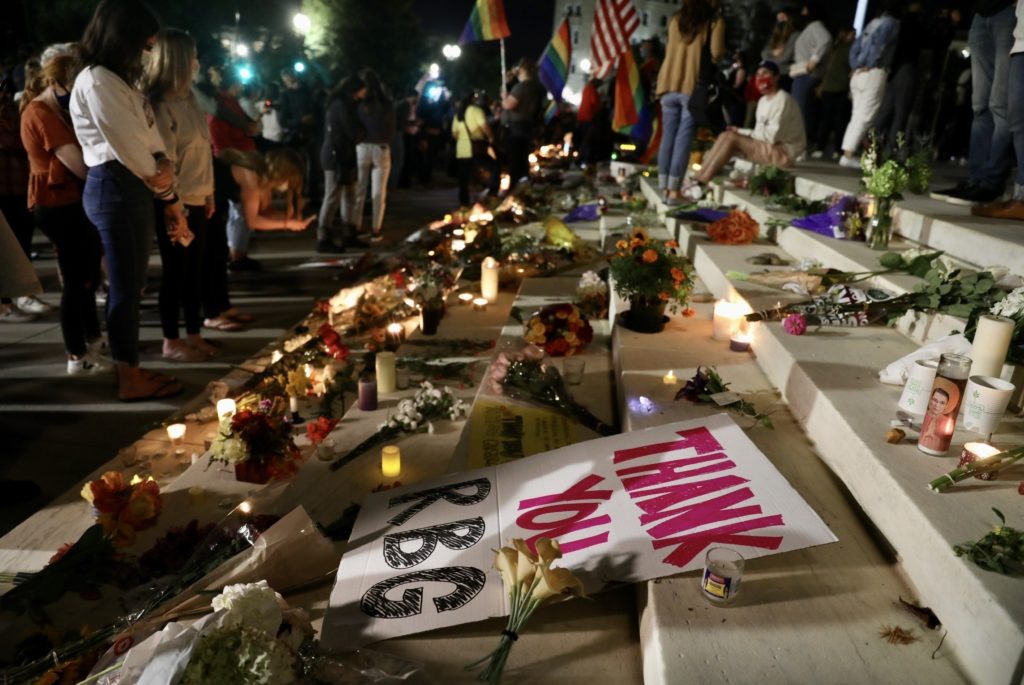 Shawn Boykins, 35, said a friend texted him about the news as soon as it happened. He was in the neighborhood and thought to visit the court to pay his respects.

“I can’t help but think about the political implications, but I’m trying to set that aside,” Boykins said. “It just reinforces that a lot’s at stake in the election with so much happening, with the fires, climate change and everything.”

Nairika Murphy said she was one of the first people to show up at the Supreme Court to pay her respects. She was on a walk when her family texted her the news. Not too long after she arrived, the crowd swelled into the hundreds.

“I think she just did a lot for this country and it’s really important that people recognize that and show support and also be clear and have a visual representation we’re not going anywhere, regardless of who’s placed in her spot and who’s elected, that we’re not going to move backward to the 1950s,” she said.

Murphy added that she hopes people channel the feelings of this moment — the anger, frustration, and even hope — into civic action at the polls this November. 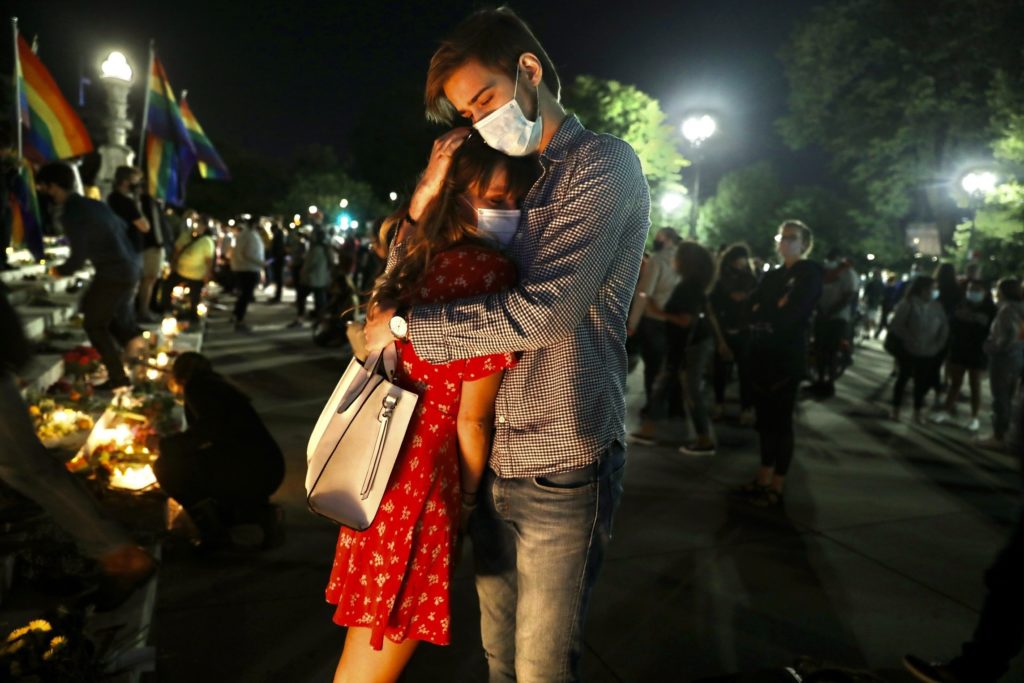 “I think that this country is in a really dangerous place, and I think the fact that we’re still questioning climate science, and women’s reproductive rights, it’s unbelievable to me,” Murphy said.

Johanna Elsemore, 34, and Courtney Tate, 36, live a few blocks from the Supreme Court. The couple brought candles to honor Ginsburg’s life and legacy. Elsemore said she felt compelled to honor Ginsburg’s accomplishments and support of women throughout the years.

“We were talking on the way up here and about how easy it is to get swept up in all the politics and the emotional back and forth of Supreme Court decisions and wrap that up with the grief of losing somebody as monumental,” Tate said. “But I think the better thing to do is remember RBG and rejoice in the work she did.”