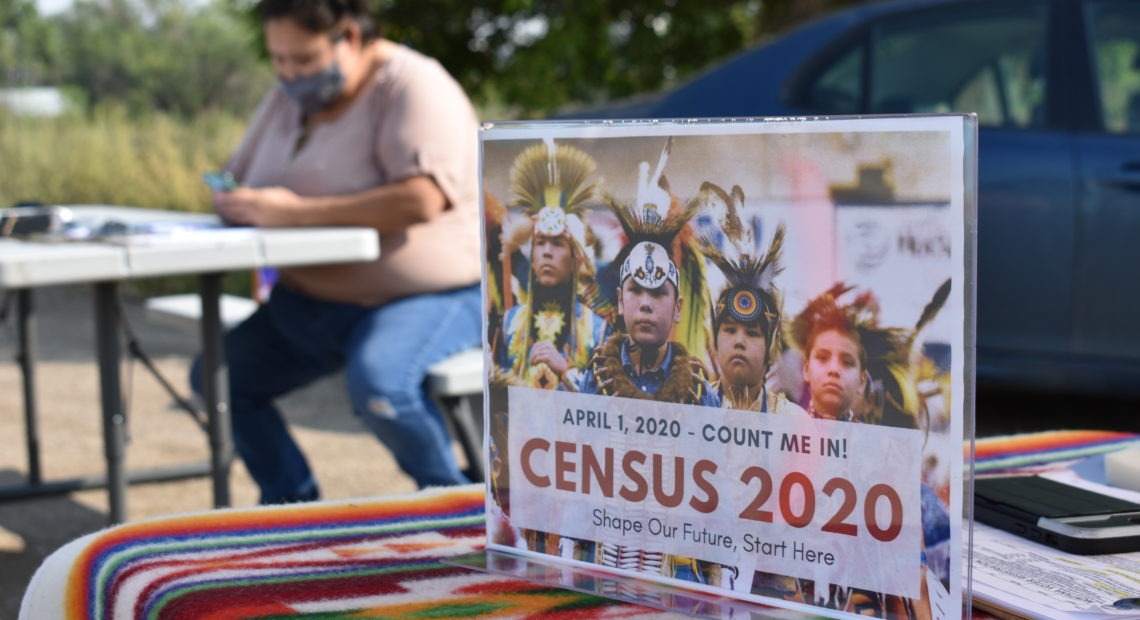 A federal court has ordered the Trump administration to abandon last-minute changes to the 2020 census schedule and extend the time for counting for an additional month.

The preliminary injunction issued Thursday by U.S. District Judge Lucy Koh in the Northern District of California requires the Census Bureau to keep trying to tally the country’s residents through Oct. 31.

The ruling is the latest development in a federal lawsuit over the administration’s decision to shorten the timeline for the national head count. The Justice Department, which did not immediately respond to a request for comment, is expected to appeal the order, further complicating what could be the final days of counting for this year’s census. 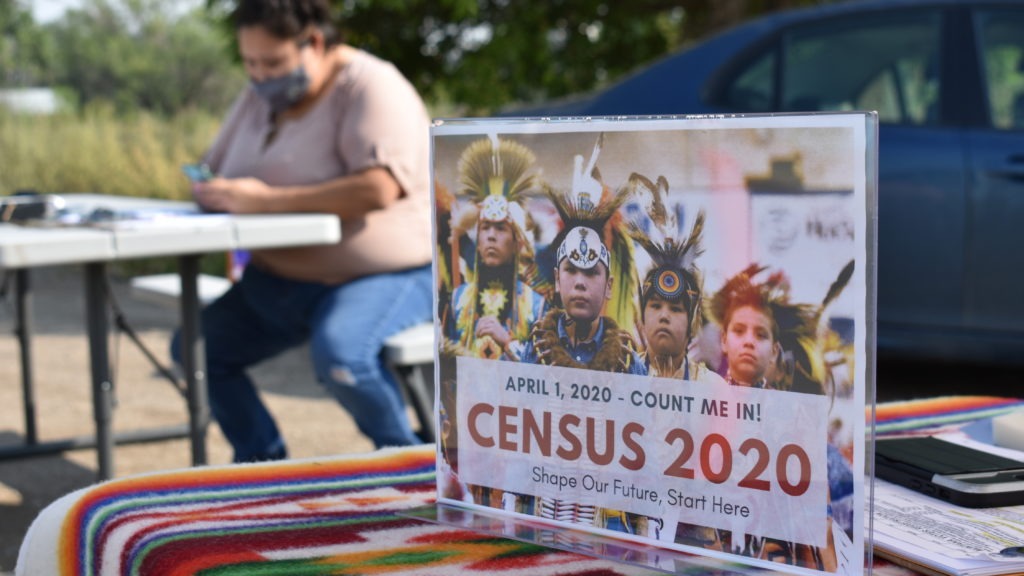 A sign promoting participation in the 2020 census is displayed as Selena Rides Horse enters information into a phone for a member of the Crow Indian Tribe in Lodge Grass, Mont., in August. CREDIT: Matthew Brown/AP

Koh found that the administration’s truncated census schedule is likely to produce inaccurate numbers about historically undercounted groups, including people of color and immigrants. That, in turn, would harm the constitutional purpose of the count — to redistribute the seats in the House of Representatives among the states based on their latest populations.

The judge also found that the challengers in the lawsuit — a coalition of groups led by the National Urban League — are ultimately likely to succeed in the lawsuit by arguing that the administration’s decision was arbitrary and capricious.

In response to disruptions caused by the coronavirus pandemic, the administration had previously called for more time for the once-a-decade census and asked Congress to pass four-month extensions to the legal deadlines for reporting results.

But in July, the administration changed its position with no public explanation. The Census Bureau’s director, Steven Dillingham, later confirmed that Commerce Secretary Wilbur Ross, who oversees the bureau, had directed it to speed up all counting efforts to end by Sept. 30 — a month earlier than the bureau had planned — in order to deliver the first set of results to President Trump, as federal law requires, by the end of this year.

Congress has yet to pass any laws to extend the census reporting deadlines, although a bipartisan group of senators recently introduced a bill with extensions.

Justice Department attorneys have attempted to present speeding up the count as a way for the Census Bureau to meet the Dec. 31 legal deadline for reporting results in light of Congress not giving the bureau more time.

Koh noted, however, that explanation “runs counter to the facts.”

“Those facts show not only that the Bureau could not meet the statutory deadline, but also that the Bureau had received pressure from the Commerce Department to cease seeking an extension of the deadline,” the judge wrote in the order, which cites multiple internal emails and other documents the administration was required to release for the lawsuit.

Top career officials at the bureau warned as early as May that because of COVID-19, the bureau could no longer meet the Dec. 31 reporting deadline for the latest state population counts.

According to the bureau’s own internal analysis, truncating the time for the census increases the risk of serious errors in the results, which are also used to guide the distribution of an estimated $1.5 trillion a year in federal money to local communities for Medicare, Medicaid and other public services.

Recently released internal documents show that officials tried to warn the administration in July that shortening the schedule would lead to “fatal data quality flaws that are unacceptable for a Constitutionally-mandated national activity” and risked the perception of “politically-manipulated results.”

“As the Court recognized, the Census Bureau has itself repeatedly recognized that a full, fair, and accurate count takes time, especially when faced with a historic pandemic,” said Melissa Arbus Sherry, a partner at the law firm Latham & Watkins who helped represent the challengers.

While the case continues playing out in court, plaintiffs are hoping the extra time for counting will improve the accuracy of the count.

“The coronavirus pandemic has set all of us back and created many challenges to get people counted, especially for rural areas such as the Navajo Nation,” Navajo Nation President Jonathan Nez said in a statement. “Today’s ruling should be respected to allow the census count to continue without disruption.”

“For the Black community, this decision means we have extra time to claim the governmental resources and representation that we’ve been denied,” said Nana Gyamfi, executive director of the Black Alliance for Just Immigration, another plaintiff in the lawsuit.

In Maryland, the bureau is facing a similar legal challenge over the shortened timeline. The federal court there is expected to issue a ruling soon on a separate request to extend the census schedule.

Before ending a virtual hearing on Tuesday, Koh noted that the administration had already signaled it was preparing to appeal even before the judge issued her latest ruling. When DOJ attorney Aleks Sverdlov attempted to push back in the hearing’s last minutes, the judge had heard enough.

“Go ahead and appeal me,” Koh said.