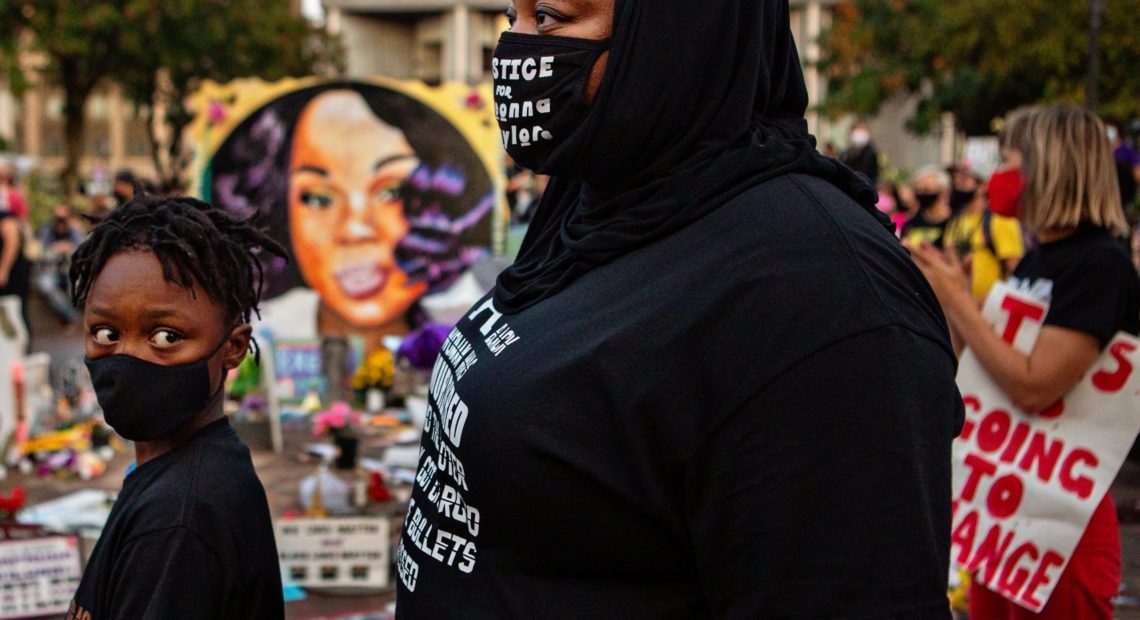 The recording of grand jury proceedings in the Breonna Taylor case will be released this week — an unusual step that comes after a juror disputed Kentucky Attorney General Daniel Cameron’s public explanation for why no charges were filed that are directly related to Taylor’s killing by Louisville police.

Jefferson Circuit Judge Ann Bailey Smith has “ordered attorneys to file a recording of the grand jury proceedings” by Wednesday, member station WFPL reports. It’s not yet clear when the recording might be released to the public.

“The Grand Jury is meant to be a secretive body,” Cameron said in a statement sent to NPR. “It’s apparent that the public interest in this case isn’t going to allow that to happen.” 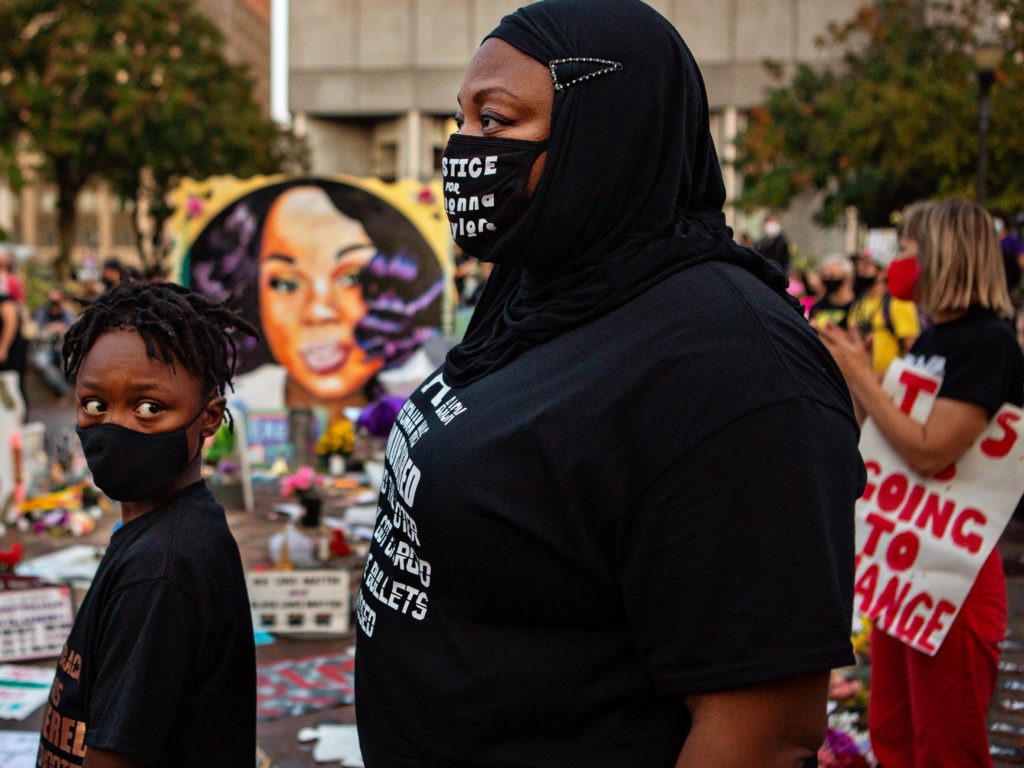 The grand jury recording in the Breonna Taylor case will be released, after a judge ordered the attorney general’s office to produce the recording by Wednesday. Here, a mother and son attend a demonstration in what activists are now calling Injustice Square Park in downtown Louisville, as protesters demand justice for Taylor’s killing by police.
CREDIT: Jason Armond/Los Angeles Times via Getty Images

The recording would provide a window into more than two days of grand jury proceedings in a case that has helped fuel national protests over racial injustice and police use of deadly force against Black people and other minorities.

Smith directed the recording to be filed during an arraignment hearing Monday for Brett Hankison, the former Louisville Metro Police Department detective who is the only officer indicted on criminal charges from the night Taylor, 26, died in March. Hankison has pleaded not guilty to all three counts of wanton endangerment — charges that he fired his weapon indiscriminately into a neighbor’s apartment.

Taylor’s family and their supporters have sharply criticized Cameron since the charges against Hankison were announced, saying they don’t believe that the attorney general advocated on behalf of the woman whom police killed.

“I never had faith in Daniel Cameron to begin with,” Taylor’s mother, Tamika Palmer, said in a statement after the charges were announced last week. Her family and supporters have urged prosecutors to release the transcript and other information about how they handled the case.

As Cameron confirmed the grand jury information would be sent to the court, he also clarified for the first time that the only criminal charge his office recommended to the jurors was one of wanton endangerment, not more serious charges such as murder or homicide.

“Our prosecutors presented all of the evidence, even though the evidence supported that Sergeant [Jonathan] Mattingly and Detective [Myles] Cosgrove were justified in their use of force after having been fired upon” by Taylor’s boyfriend, Cameron said. “For that reason,” he added, “the only charge recommended was wanton endangerment.”

Taylor’s boyfriend, Kenneth Walker, has said he thought the officers were intruders and fired a warning shot. Then officers opened fire.

Breonna Taylor, here in December 2019, would have turned 27 on Friday. Her friends and family remember Taylor as a caring person who loved her job in health care and enjoyed playing cards with her aunts. Courtesy of the Taylor family

In another new development, a grand jury member has filed a motion to the court in Jefferson County requesting the freedom to speak out about the case, saying Cameron was not forthcoming enough when he announced last week that only Hankison would be charged, not the two officers who repeatedly fired their weapons in Taylor’s apartment.

“The release of the recording will also address the legal complaint filed by an anonymous grand juror,” Cameron said.

That complaint alleges Cameron used the grand jury “as a shield to deflect accountability and responsibility” for his office’s handling of the case. The motion, filed on behalf of a juror by attorney Kevin Glogower, asks the court to let grand jurors discuss the case.

Cameron says that’s fine with him: “We have no concerns with grand jurors sharing their thoughts on our presentation because we are confident in the case we presented.”

But the attorney general also warned that releasing the grand jury recording could create problems for an ongoing FBI inquiry into the police shooting that killed Taylor. Cameron said such a release could also taint the potential jury pool for matters related to the botched drug raid that night.