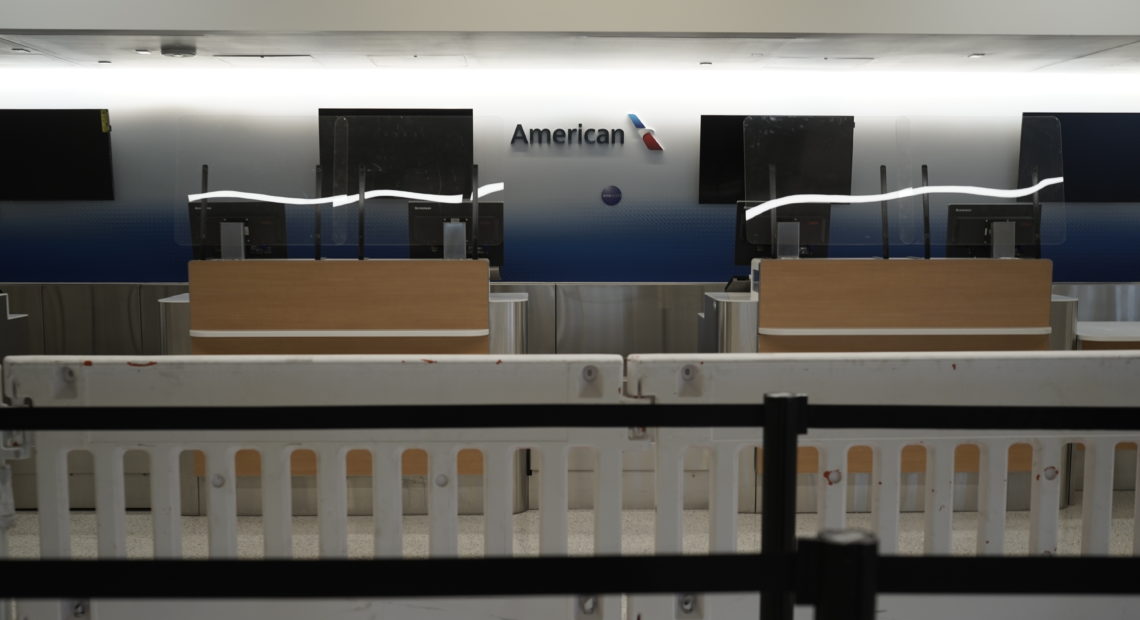 United Airlines and American Airlines have sent furlough notices to a total of more than 32,000 employees, saying they can’t afford to have them on payroll after Thursday – the expiration date for the federal CARES Act Payroll Support Program.

“To our departing 13,000 family members: thank you for your dedication and we look forward to welcoming you back,” United said in a message sent to employees Wednesday night that it also shared with NPR.

American sent a similar message to 19,000 employees, with CEO Doug Parker saying the furloughs could be reversed if Washington manages to reach a new business aid package. He also said there is hope for a CARES Act extension — and he pledged to immediately reverse the furloughs if a deal is reached “over the next few days.” 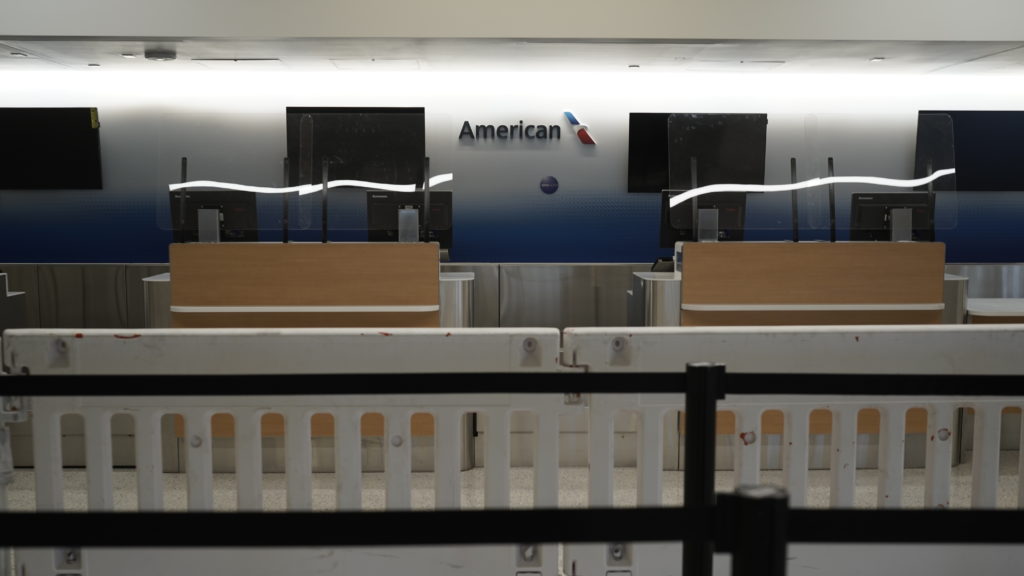 “I spoke late today with the Secretary of the Treasury Steven Mnuchin,” Parker said in a letter sent to employees on Wednesday. “He informed me that the White House and Speaker Nancy Pelosi are continuing to negotiate on a bipartisan COVID-19 relief package that would include an extension of the PSP and it is possible they could reach an agreement in the coming days.”

United sent involuntary furlough notices to 13,432 employees, with roughly half of them from its inflight services division. American did not provide a breakdown of its affected employees.

The four largest U.S. airlines promised in April not to lay people off through the end of September, in exchange for receiving billions in federal payroll support. American received $5.8 billion, Delta got $5.4 billion, United got roughly $5 billion and Southwest got nearly $3.3 billion in payroll support, according to the Treasury Department.

Not all of those airlines are putting workers on furlough.

“Southwest has no current plans for furloughs,” a company representative tells NPR, citing cost-cutting and voluntary agreements with workers. Delta is in a similar position.

In response to the other two airlines’ furlough plans, the Association of Flight Attendants’ international president, Sara Nelson, joined them in urging Congress to extend the payroll relief package, saying tens of thousands of people now face bleak prospects.

“They don’t know how they will pay rent, feed their families, or cover the cost of their prescriptions or medical care,” Nelson said. “It did not have to be this way.”

Flight attendants, Nelson said, “have been on the frontlines of the COVID crisis since the earliest days. We have done our part to keep our economy and our country running through the pandemic.”

The U.S. government’s pandemic relief effort had provided some $25 billion in loans and grants to airlines, which quickly racked up billions of dollars in losses after the COVID-19 pandemic effectively shut down most of the travel industry in March.

Passenger air travel rebounded a bit in late June and early July, but the numbers have since plateaued, according to the Airlines for America trade group.

As of Sept. 20, passenger volumes were down nearly 70% — 66% domestically and 84% internationally — from one year ago, and member airlines were operating less than half of the flights they did in the same period of 2019, the group says.

With revenue sharply down, U.S. airlines are collectively burning through more than $5 billion of cash every month, Airlines for America says.

Some critics suggest another round of payroll support will just put off the inevitable, saying airlines need to restructure and eliminate jobs to adapt to a new reality. But industry leaders say the airlines are already doing that.

Nick Calio, president and CEO of Airlines for America, says the airlines are now looking for another $10 billion so they can keep paying workers through the end of March in 2021.

“Tens of thousands of layoffs in this industry are going to have an avalanche effect,” Calio said, calling airlines an integral part of the nation’s economy.

“Congress has been negotiating another stimulus bill to address the economic impact of COVID-19 and there is strong bipartisan support,” United said. But it added that despite a broad industry and labor push to extend the CARES Act, “Congress has still not taken action.”

Parker urged employees to contact their elected officials to urge an extension.

“I am extremely sorry we have reached this outcome,” he said. “It is not what you all deserve.”

Southwest says that earlier this year, 16,900 employees – nearly 27% of its workforce — volunteered for cost-cutting programs such as extended emergency time off and voluntary separation from the airline. CEO Gary Kelly says no cuts to staffing or pay are expected through the end of 2020.

Delta CEO Ed Bastian said earlier this month that the airline “will be able to avoid involuntary furloughs for our flight attendants and ground-based frontline employees in the U.S.”

Delta can avoid those furloughs due to a number of money-saving measures, Bastian said. Operations were scaled back, and 40,000 employees voluntarily signed up for short- and long-term unpaid leaves of absence. In addition, he said, 20% of Delta employees opted to take voluntary exit packages, and work hours for ground employees were reduced by 25%.