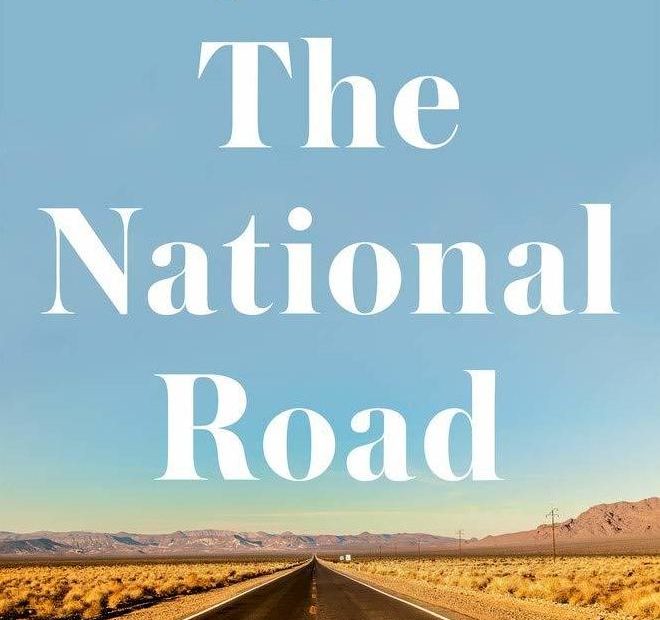 BOOK REVIEW: ‘The National Road’ Takes Readers On A Trip Through Americana

Last January, I attended a writing residency in Eureka Springs, Arkansas. I was five miles from Christ of the Ozarks, a 65-foot, 340-ton statue erected in 1966 by Gerald L.K. Smith, who had been an organizer for populist demagogue Huey Long. Tom Zoellner’s new essay collection, The National Road, explores this kind of Americana, peeking into corners few of us get to see.

Zoellner teaches at Chapman and Dartmouth Colleges, serves as politics editor for The Los Angeles Review of Books, and is the author and coauthor of seven previous books. To say he is well-traveled is to say cheetahs run fast. Zoellner has logged tens of thousands of miles zigzagging the continent with a small tent, backpack, and hiking boots. His book is a fascinating investigation into American places and themes; metaphors for our country.

Zoellner visits Spillville, Iowa where Czech composer Antonin Dvořák spent the summer of 1893, penning his famed Symphony No. 9, From the New World. Dvořák’s Bohemian countrymen had been “the poorest of the poor” from Písek, Tábor, and Budějovice. Forty years later in Iowa, they were “very well off.” 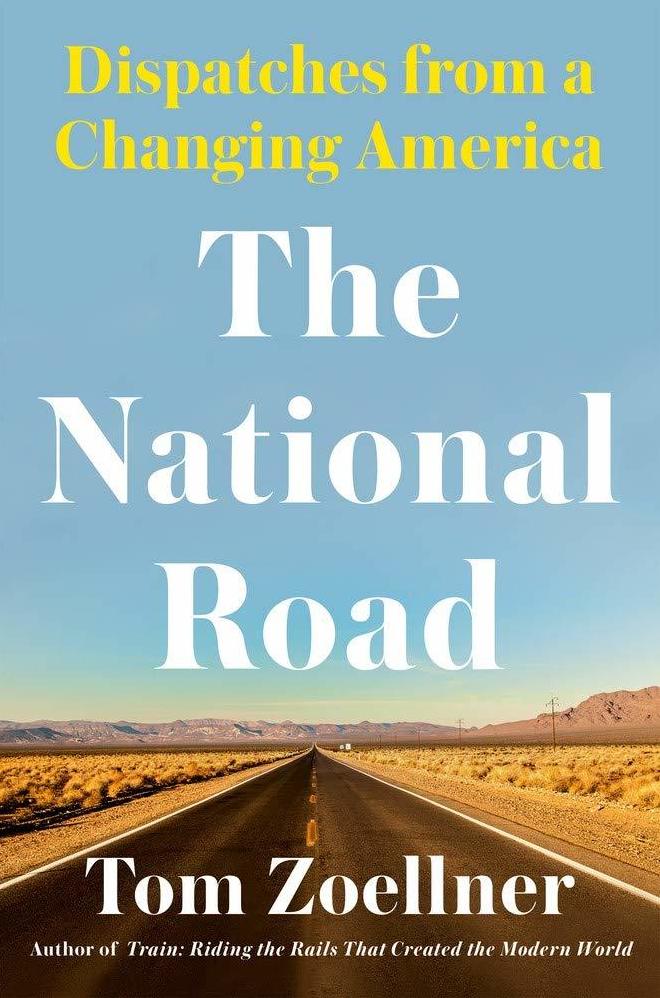 The National Road by Tom Zoellner

Today, Spillville’s residents are anxious about immigration — whether they’re for it or against it. Zoellner has a beer with a supervisor for a horse trailer manufacturer who remarks, “We’ve gotten selfish and stuck-up….The American Dream is eroding, and it is scary.”

In the title chapter, Zoellner notes that President Thomas Jefferson authorized the construction of a highway in 1806. Where roads go, Zoellner writes, commerce follows. He travels a “national road of dollar stores,” touching on the opioid epidemic and bearing witness to economic degradation in America’s small towns. Nice (California) may be pronounced like the city on the French Riviera, but in this bygone resort, Dollar General is the place to shop for “dish soap, tuna fish, bread, and Coors Light.” Zoellner examines the rise and fall of Dollar General’s predecessors: family owned departments stores; grocery chains such as A&P; and five and dimes — Woolworth’s and progeny.

A chapter called “The Whole Hoop of the World” is Zoellner’s quest to climb the tallest point in each of the 50 states, for reasons he “cannot really explain.” As a cub reporter in Cheyenne, Wy., he drives a hundred miles to Nebraska’s highest point and finds a marker where Nebraska, Colorado, and Wyoming meet at right angles. This “geometric oddity” strikes him; he realizes Nebraska is purely coincidental: “a trans-Mississippi free state creation of Congress as a failed compromise to head off the Civil War.”

Zoellner loses his nerve and doesn’t quite make it to the top of Oregon’s Mount Hood but does complete the harrowing trip up Idaho’s Borah Peak. He visits Louisiana’s Driskill Mountain, “a mound of red earth inside a private logging preserve in the piney woods.”

Documenting his manic travels risks Zoellner portraying himself as America’s Everyman — part cowboy, part Johnny Appleseed. He avoids this fate with insightful and well-crafted prose, along with occasional introspection, including questioning his own arrogance. “Trying to ‘write’ the world is trying…to own the world: a bit like the original sin of wanting to have the knowledge of God.”

Aside from the pleasure of sharing his discoveries from an armchair, readers are offered nuggets of wisdom:

“The summit is not yours. Neither is romantic love, the accomplishment, the dwelling, even your own life. These possessions are not possessions — they pass through you the same as water pouring through fingers….”

On Cape Cod, Zoellner doesn’t skirt the white men’s betrayal of their Native neighbors. He traces the connections between the outsiders’ arrival on the Cape and climate change. “Welcome to Dirtytown,” gets us to Ferguson by providing background on the “venomous little towns of St. Louis County.”

Woody Guthrie could have written the soundtrack to The National Road. Reading it, I recalled an encouraging anecdote from a friend’s father who grew up in Devil’s Lake, North Dakota during the 1930s and 40s. When asked whether we’d get through today’s national divisions, he nodded yes: “When I was a boy, kids from the Swedish church were forbidden to date kids from the Norwegian church. We managed to move past that.”

Zoellner sums up America as “a country of destruction and reinvention where the scythe sits on the table next to the blueprint…. America is a culture of whereness…this road of constant change is our blotchy and beautiful inheritance.”

The National Road is an enthralling journey that proves his point.

Martha Anne Toll just completed 26 years at the Butler Family Fund, a social justice philanthropy. She won the 2020 Petrichor Prize for Finely Crafted Fiction and her novel, Three Muses, is forthcoming in 2022.