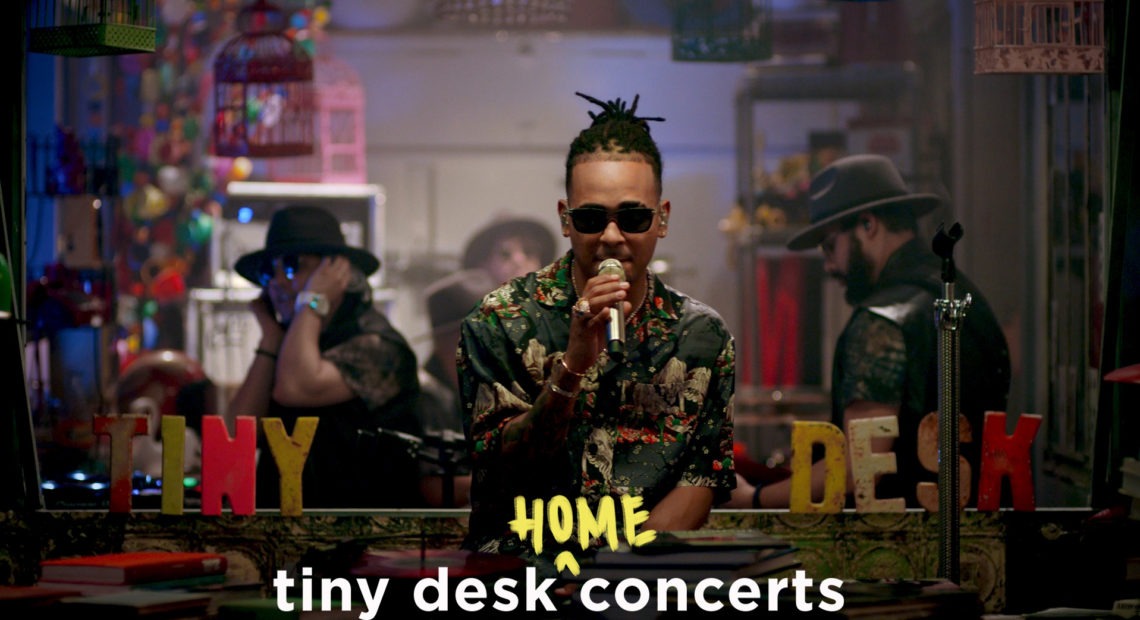 From a verdant room tucked away in Miami, Ozuna‘s Tiny Desk performance might allow you, as it did me, to forget for a moment that he’s one of the most watched and listened-to artists on earth. For someone whose work often operates at galactic proportions, this performance of five songs makes room for Ozuna’s sweet tenor to take center-desk in a love letter to the global communities that supported and streamed him to god tier status.

The Puerto Rican singer kicks it off with a breezy rendition of “Caramelo” that leads into a solo version of the sun-drenched “Del Mar” from ENOC, his fourth album that he’s deemed a return to his roots. This pared-down performance makes good on that promise, reworking star-studded collaborations, like the ballad “Despeinada,” as they should be sung: languorously and with intimacy. Even the pop smash “Taki Taki” sounds brand new, buoyed by his alchemical flow and energy.

Ozuna is a crown jewel in the global crest of Latin pop, a movement whose modern success in reggaeton and Latin trap is indebted to the Caribbean genres Ozuna heard growing up in Puerto Rico, sounds like old-school reggaeton and reggae en español, dembow, dancehall and more. From then to now, Ozuna’s bare talent remains his greatest asset. It’s rare to see a star of his magnitude brush the earth so closely, and when it does, it’s even rarer for it to feel and sound like second nature.