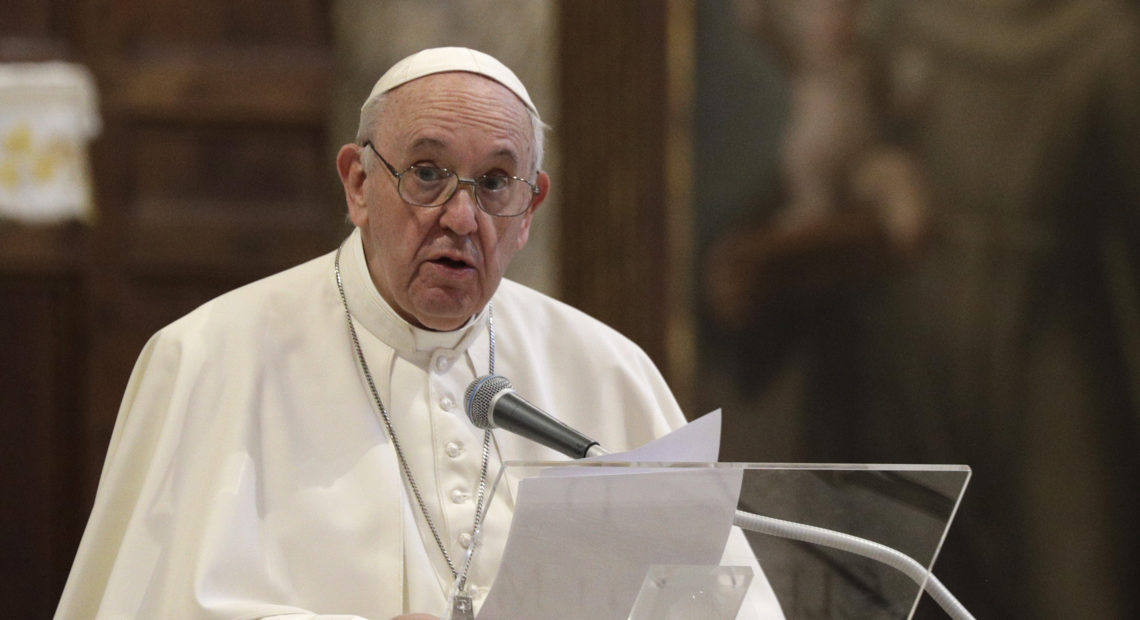 Pope Francis has called for legislation to protect same-sex couples, according to comments he made in a new documentary that mark a break from Catholic doctrine and are being hailed by LGBTQ rights groups as a big step.

“Homosexuals have a right to be a part of the family. They are children of God and have a right to a family,” the pope said in an interview in the documentary Francesco, which premiered Wednesday at the Rome Film Festival. “What we have to create is a civil union law. That way they are legally covered.” 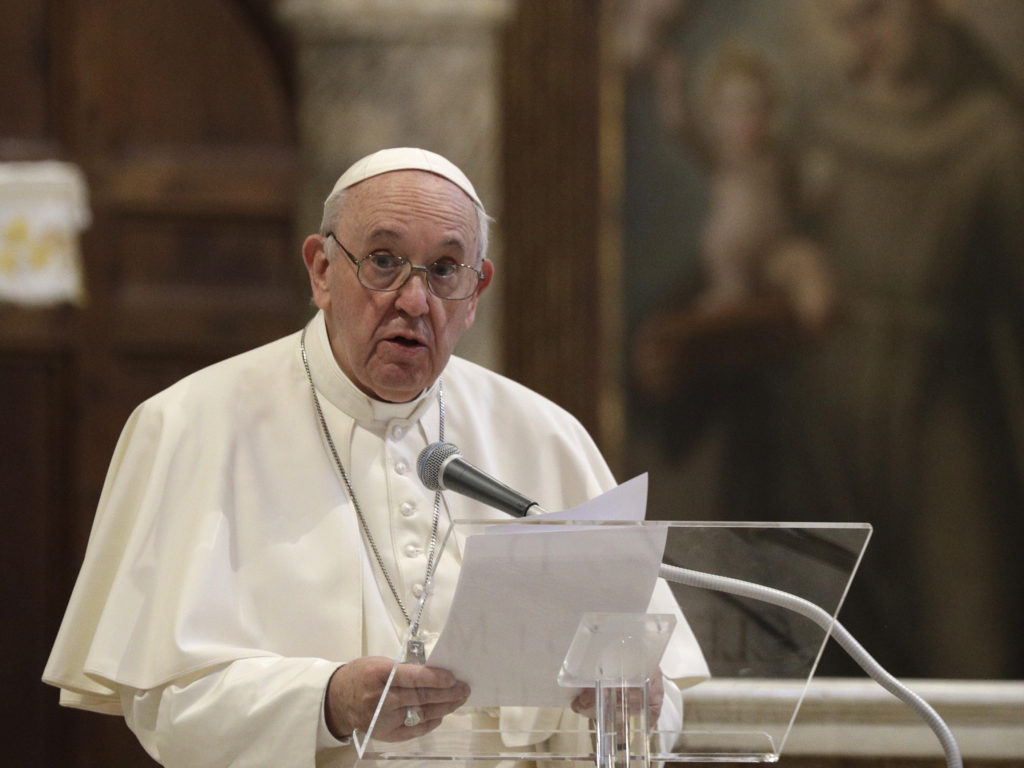 Pope Francis attends a inter-religious ceremony for peace in the Basilica of Santa Maria in Aracoeli, in Rome, on Tuesday, Oct. 20, 2020.
CREDIT: Gregorio Borgia/AP

Francis noted he has stood up for civil unions before, but his remarks in the documentary go beyond what he has said previously and sharply diverge from the view of his predecessors.

Before he became the pontiff, then-Archbishop of Buenos Aires Jorge Bergoglio opposed same-sex marriage legislation but supported some level of legal protection for same-sex couples.

Shortly after becoming pope in 2013, he made big headlines when, when asked about reports of gays in the clergy, Francis answered, “If someone is gay and he searches for the Lord and has good will, who am I to judge?”

It was a shift in tone from traditional Catholic teaching.

In 2003, the Vatican’s office on doctrine — under the leadership of Cardinal Joseph Ratzinger, the future Pope Benedict XVI — taught that “respect for homosexual persons cannot lead in any way to approval of homosexual behavior or to legal recognition of homosexual unions.” Placing them on the same level as marriage, it added, would mean approval of “deviant behavior.”

Dignity USA, an organization representing LGBTQ Catholics, says it is “cautiously optimistic” but that the group wants to see the remarks in context and hear the Vatican’s response.

“If this statement is allowed to stand, this could be a global game changer for gay and lesbian people, for same sex couples, for LGBTQ people broadly. I think we’re just going to have to see where it lands,” Marianne Duddy-Burke, Dignity USA’s executive director, tells NPR.

“I’m very conscious of the tremendous impact that this could have, particularly for queer people in countries where there are no legal protections at this point, where they are very much subject to violence and to social marginalization,” says Duddy-Burke.

“This is a significant step forward for inclusion and acceptance in the Catholic Church, letting LGBTQ Catholics know that being a person of faith and being LGBTQ are not mutually exclusive,” said Alphonso David, president of the Human Rights Campaign, in a tweet following the news.

But the pope’s latest comments drew some criticism.

The remarks are a form of “pastoral outreach,” says Bill Donohue, president of the U.S.-based Catholic League, a conservative group. “It’s not going to change doctrine. He doesn’t have the authority to do that anyhow.”

He continues, “I think it’s going to be greeted with a great deal of mass confusion on the part of the laity. … I think the lack of clarity is the most disturbing thing about this.”

The documentary, by filmmaker Evgeny Afineevsky, tackles many of the issues championed by Pope Francis, such as climate change, income inequality, interfaith relations and migrant rights.

Another remark in the film that could stir controversy among U.S. conservatives, Francis condemns the Trump administration’s policy on family separation at the Southern border.

“It’s cruelty, and separating kids from parents goes against natural rights,” the pope said, adding, “it’s something a Christian cannot do.”

That’s an echo of the pope’s past criticism, in 2016, of then-candidate Trump’s campaign promise to build a wall along the U.S.-Mexican border.