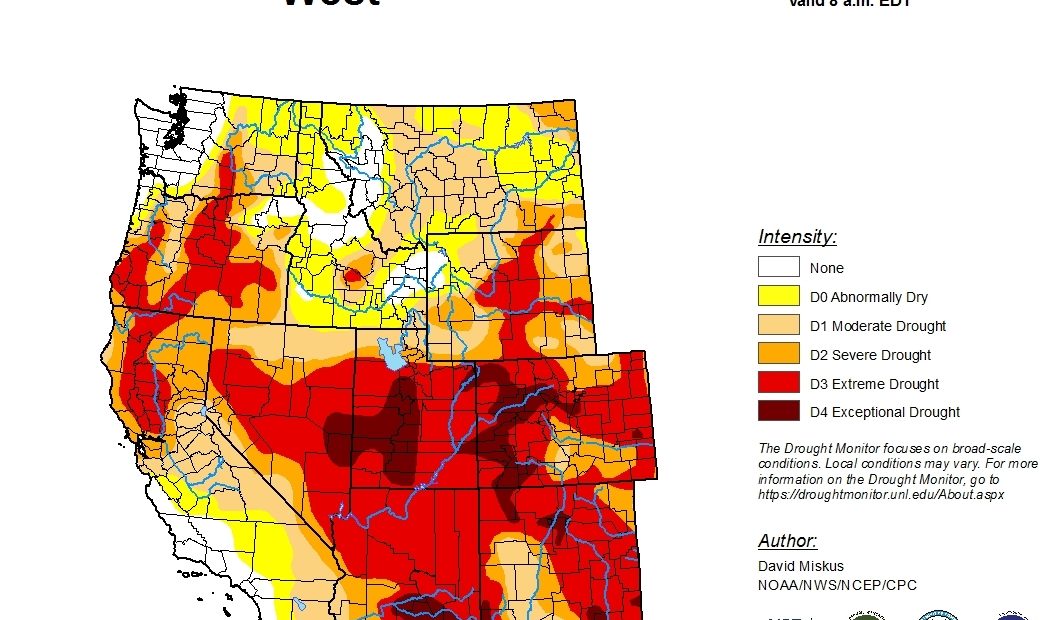 The Northwest could see a cooler and wetter winter this season, according to climate outlook models. Forecasters say it’s likely that a recently developed La Niña weather pattern in the Pacific Ocean will continue. That should lead to above average precipitation in Washington, Oregon and Idaho.

It could make a dent in some of the areas hardest hit by drought, especially in southern Oregon, according to Mike Halpert with NOAA’s Climate Prediction Center.

“That’s largely the factor we expect to shape and drive the upcoming winter,” Halpert said.

He said there have been about 22 instances of La Niña events over roughly the last 70 years.

Much of central and southwestern Oregon are in extreme drought right now, as is a portion of central Washington. Other parts of the southwestern U.S. are in much worse condition, says Washington state climatologist Nick Bond.

Bond says many reservoirs in Oregon’s Rogue River Basin are close to empty. Reservoirs this time of year are typically drawn down anyway.

“Some of these (reservoirs) are basically glorified mud puddles at this point,” Bond said.

A lot of the extreme dryness caused major problems this summer, as the hot and dry weather combined with strong winds on Labor Day and made for fast-moving and large fires across the Northwest.

On Sept. 7, a lot of cold air brought extremely strong, widespread winds into the region. Washington weather stations recorded gusts between 40 to 50 mph, with many stations in the Columbia Basin exceeding 50 mph, said Travis Wilson with the National Weather Service in Spokane.

“(The winds) did quite a bit of damage to our area,” Wilson said.

At least 16 new fires started in Washington, dust blew across the region, roads were closed and more than 69,000 people lost power, he said.

Besides the wind, one big problem was the dryness of fuels and lack of rain before and during the Labor Day fires.

On Labor Day, the Whitman County town of Malden largely burned. Wind-driven flames – likely sparked by a tree falling on a power line, Wilson said – quickly spread south of Spokane. The fire destroyed around 80% of the town’s buildings. Most residents lost their homes, with little time to flee. 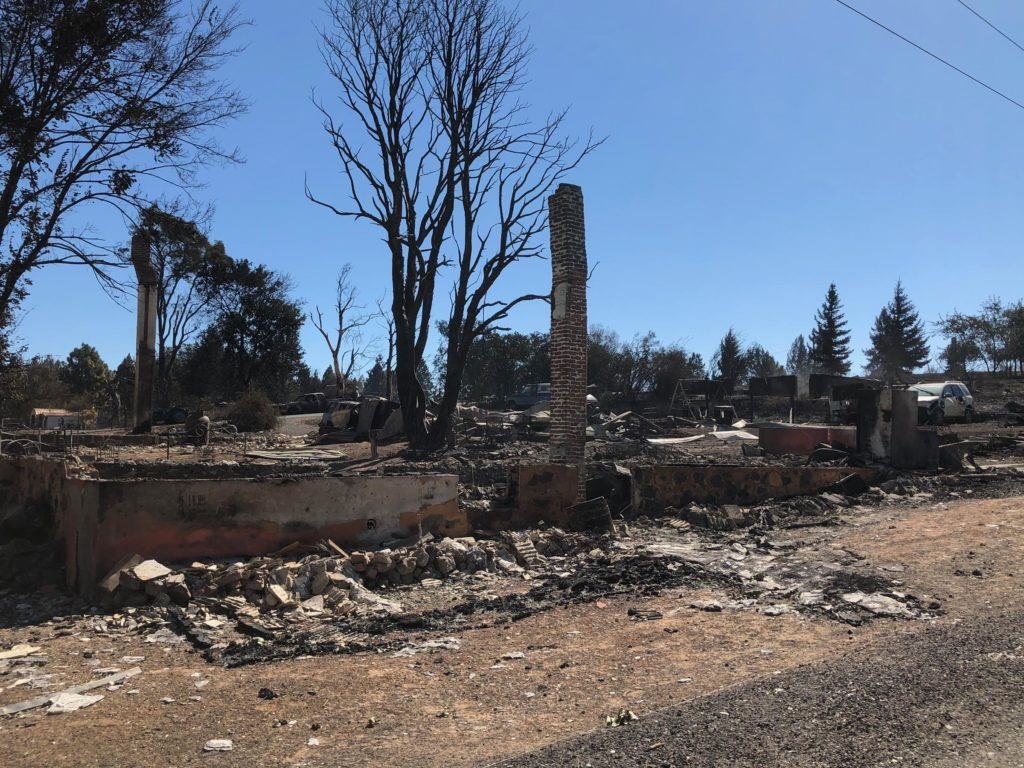 Most of the buildings in Malden, Washington, are now rubble after a fast-moving fire swept through on Labor Day, Sept. 7, 2020. CREDIT: Doug Nadvornick/SPR

The National Weather Service has weather stations in Cheney, northwest of Malden, and at Escure, farther southwest of town. The maximum wind speeds those stations reached around 18 and 29 mph, respectively, Wilson said. Gusts reached 50 mph at Escure and 34 mph in Cheney.

California’s public utility, PG&E, has started to shut off the power during strong wind events, after devastating fires the past few years. PG&E shuts off power when there is a red flag warning issued by the National Weather Service or with 20% or lower relative humidity and winds greater than 25 mph, with gusts greater than 45 mph.

Similar conditions were present in Malden on Labor Day. A red flag warning was in effect, the NWS forecasted relative humidity between 17 to 22% and wind speeds of 26 mph, with gusts around 45 mph.

“I’m not trying to imply in any way that our local utilities need to do something, I’m just trying to show … how the Labor Day event compares to those events in California,” Wilson said.

It’s important to look for ways to get red flag warnings out ahead of time and “avoid these high impact events” in the future, says Andy Brown, with the NWS.

“We can’t change the weather, but maybe we can change the impacts. Maybe we can take those proactive measures that will limit how much impact it does have on the communities,” Brown said.

Beyond the fires, this past September was the fifth warmest September on record, around 3.8 degrees Fahrenheit warmer than normal. That’s compared to temperatures from 1981 through 2010. The last three months have been generally warm and dry for much of the region.

Those storms mean the snowpack measurement, known as the snow-water equivalent percent of normal, is now “quite a bit above normal in some places,” Bond said. “Of course, this isn’t a lot of snow.”

But large areas of the Pacific Northwest remain in a drought and are “of concern,” he said. 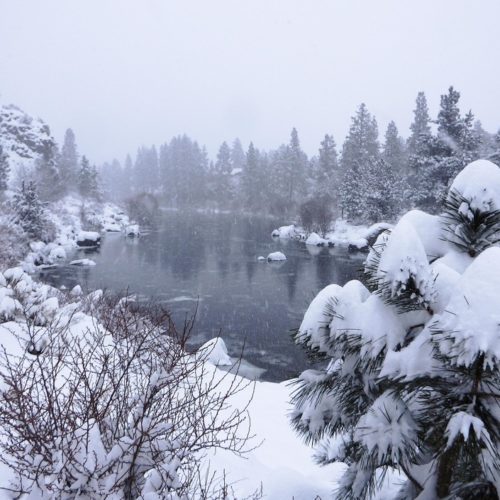 February Storms Have Helped, But Areas Of The Northwest Could Still Face Drought

The Northwest has seen plenty of snow and cold temperatures these last few weeks. But forecasters say some areas could still face drought this summer. Continue Reading February Storms Have Helped, But Areas Of The Northwest Could Still Face Drought