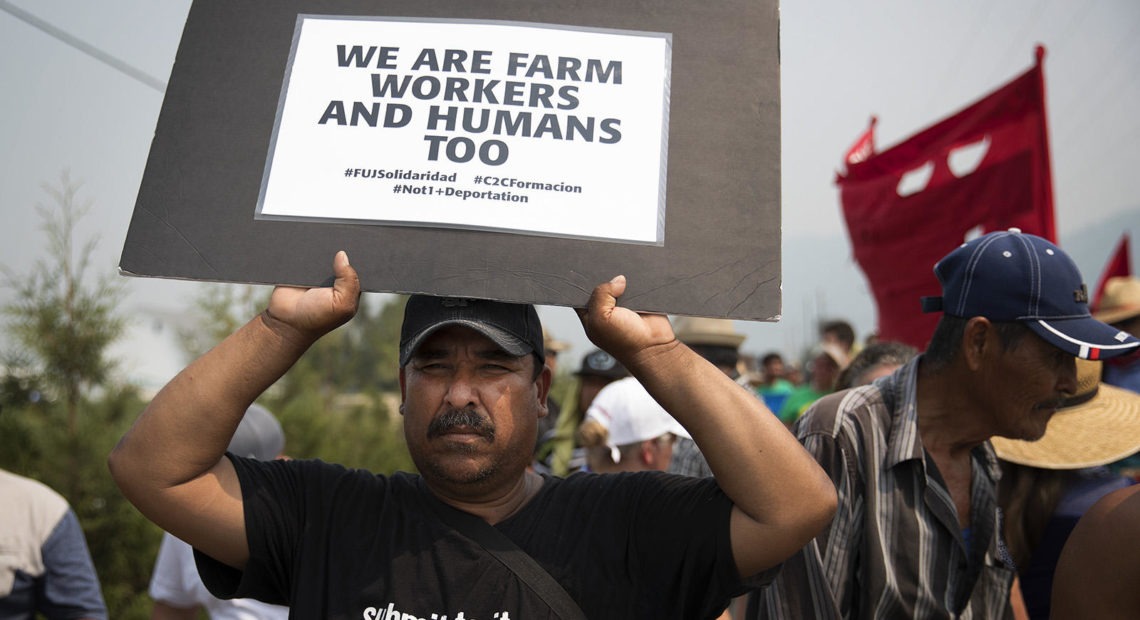 A divided Washington Supreme Court ruled Thursday the state’s dairy workers are entitled to overtime pay if they work more than 40 hours a week, a decision expected to apply to the rest of the agriculture industry.

For the past 60 years, state law — like federal law — has exempted farmworkers from classes of workers who are entitled to overtime pay, but in a 5-4 ruling the court found that unconstitutional. The majority said the Washington state Constitution grants workers in dangerous industries a fundamental right to health and safety protections, including overtime, which is intended to discourage employers from forcing employees to work excessive hours. 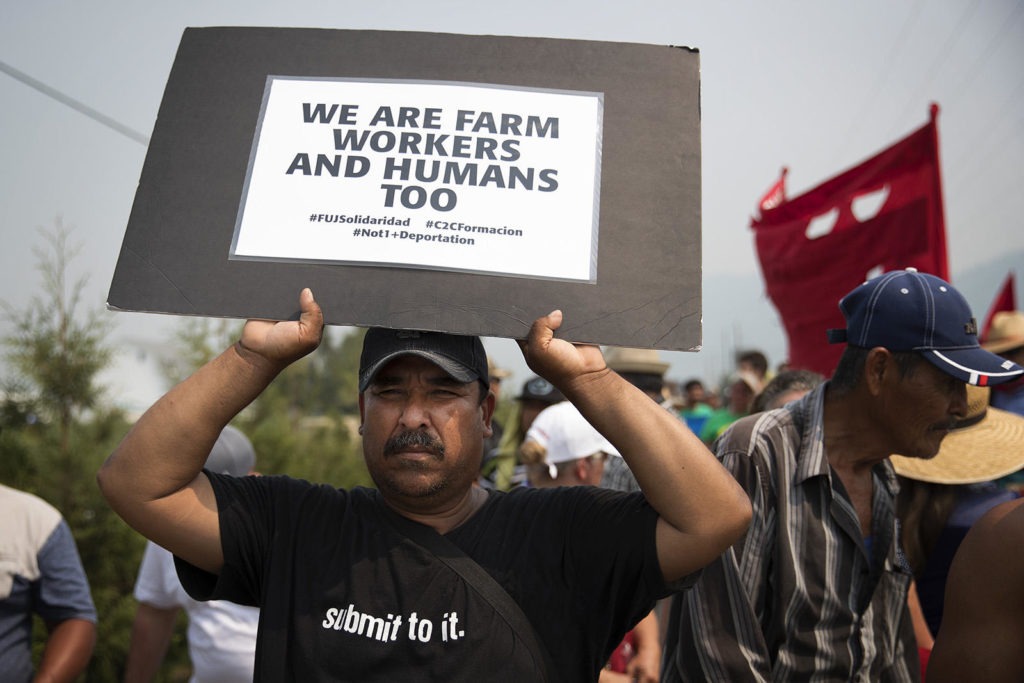 The ruling applied directly only to the dairy industry, but its reasoning covers all of the 200,000-plus farmworkers in the state’s $10.6 billion agriculture industry, said Lori Isley, an attorney with the nonprofit Columbia Legal Services who represented the dairy workers.

“Since 1983, the Washington Supreme Court has recognized that all farm work is very dangerous work, so it’s very easy to see how this will extend to all farmworkers,” Isley said. “We are so happy to see the law in our state moving forward in this direction.”

The ruling could provide a template for extending overtime in other states, said Charlotte Garden, a Seattle University Law School professor who worked on a friend-of-the-court brief in the case.

“(President) Trump’s remake of the federal judiciary means that federal courts are likely to be hostile to workers for the foreseeable future,” she wrote in an instant message. “That means that in many states, workers and their advocates are going to be looking to state courts to vindicate their rights. The law in this case is obviously WA-specific, but it could still inspire new litigation strategies both inside and outside WA.”

The dissenting justices said there was no right to overtime under Washington law.

RELATED: In ‘Me Too’ Era, A Yakima Valley Farmworker Finds Her Voice

Dairies and other agriculture industry groups warned the ruling will mean vastly increased labor costs and that it could prompt more to turn to robotics, especially in the dairy industry. They can’t simply pass on higher costs to consumers because they often compete in national or global markets for their products, they argued. 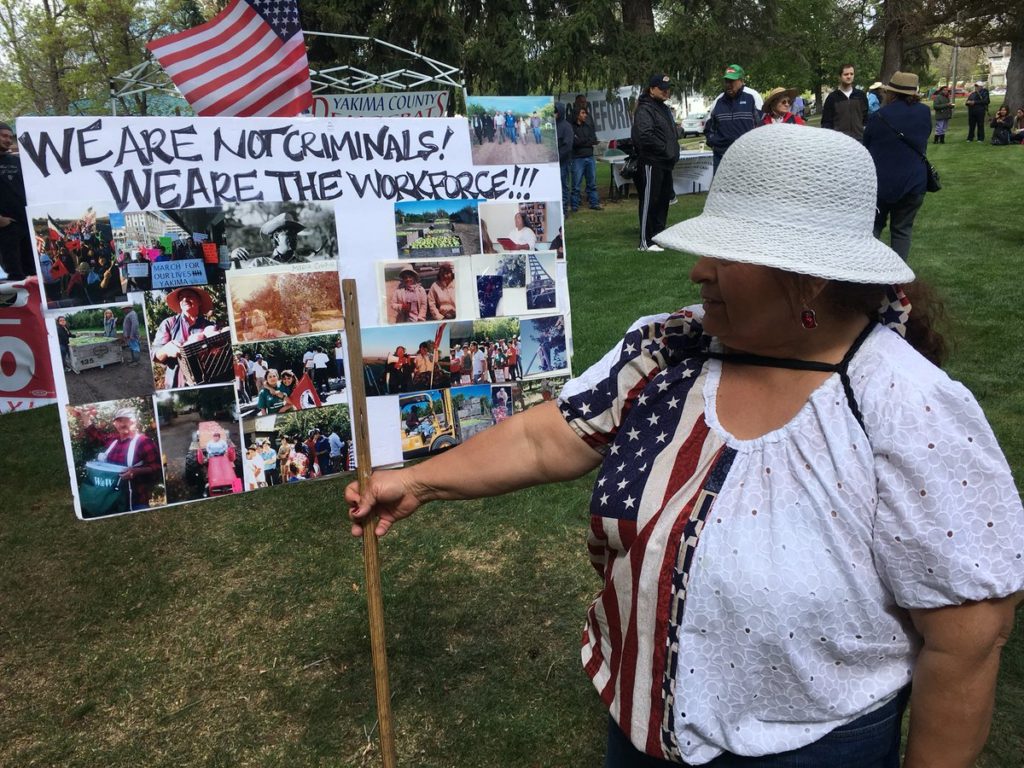 File photo/2018. Maria Cuevas, a farmworker and community activist, has marched in every Yakima May Day gathering since 1986, including with Cesar Chavez. CREDIT: Esmy Jimenez/NWPB

Washington’s farms already have some of the nation’s highest labor costs, thanks in part to its high minimum wage and to the nature of the crops grown, including fruit and hops, which require intensive hand-picking.

The last option is untenable, since there’s already a shortage of agriculture workers, the Washington State Tree Fruit Association and the Hop Growers of Washington said in a friend-of-the-court brief.

Giving the workers OT protections would also have the perverse effect of cutting workers’ earnings by limiting them to 40 hours or forcing them to find additional work from a second employer — which means they’d be working longer hours without OT anyway, the organizations argued.

Dan Wood, executive director of the Washington State Dairy Federation, noted that some farms already pay $18 to $20 an hour for all hours worked — paying time-and-a-half would boost that to about $27 to $30 for hours above 40 per week.

“My phone’s been ringing off the hook,” Wood said Thursday. “You can’t operate with those costs. The political climate in Washington is far less favorable to agriculture than the natural climate.”

The court majority found the Legislature had no reasonable basis for excluding agriculture workers from the protections. The justices said agriculture work generally is dangerous, with workers exposed to diseases from animals, physical strain, and pesticides and other chemicals that can increase the risk of neurological conditions and cancer. In 2015, the injury rate for Washington’s dairy industry was nearly one-fifth higher than that of the agricultural sector.

In a concurring opinion, Justice Steven González also noted what he described as the racist origins of the overtime exemption for farmworkers. In the South, a feudal-like state replaced slavery, with Black workers continuing to toil on white-owned farms. When federal lawmakers passed major labor reforms in the 1930s, President Franklin D. Roosevelt made compromises to win the support of Southern Democrats, exempting farmworkers from such protections and preserving the racial hierarchy.

Many states, including Washington, subsequently based their labor laws on the federal Fair Labor Standards Act.

“Excluding farmworkers from health and safety protections cannot be justified by an assertion that the agricultural industry, and society’s general welfare, depends on a caste system that is repugnant to our nation’s best self,” González wrote.

The ruling came in a 2016 lawsuit that two workers, Jose Martinez-Cuevas and Patricia Aguilar, brought on behalf of 300 workers against DeRuyter Brothers Dairy in Outlook, southeast of Yakima. The dairy’s milking facilities were operated around the clock, and workers were required to stay until all cows were milked and to help clean the barn.

The dairy paid $600,000 to settle most of the claims, including that it failed to provide meal and rest breaks, but the workers’ argument that they were entitled to OT had not been resolved. The dairy has been sold to another operator.

The majority did not say whether the workers would be able to collect back pay; that issue is expected to be addressed in future litigation.