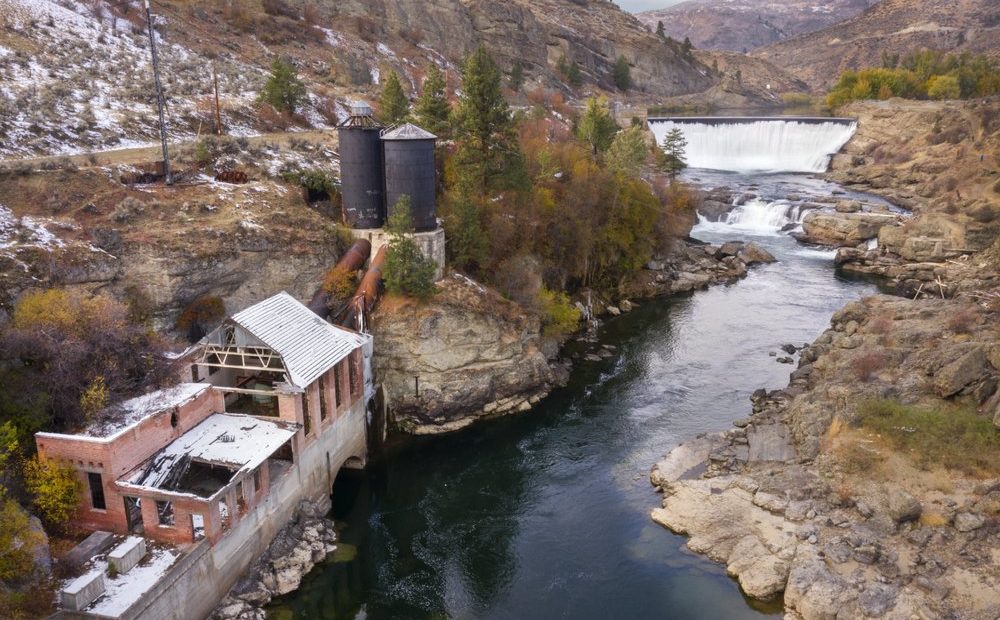 Tribal leaders in north-central Washington have announced an effort to determine the feasibility and costs associated with removal of a dam that has not generated electricity since 1958.

The Enloe Dam, built 100 years ago, blocks fish from reaching the Similkameen River and is of no use to the Confederated Tribes of the Colville Reservation wanting to bring salmon back to the river, The Seattle Times reported. 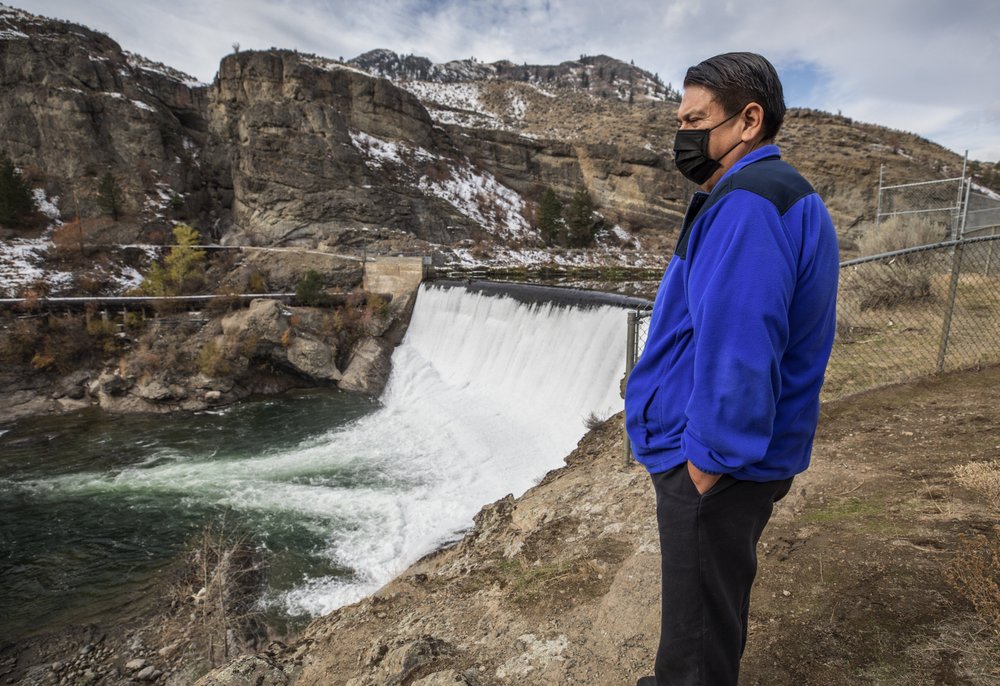 Rodney Cawston, chairmen of the Colville Tribes’ business council, stands at the site of the Enloe Dam on Oct. 28, 2020, in Oroville, Wash. Leaders of the Confederated Tribes of the Colville Reservation wants the dam, which blocks fish from reaching the Similkameen River, removed. CREDIT: Steve Ringman/The Seattle Times via AP

“It’s got to go,” tribal business council Chair Rodney Cawston said, as he watched the river cascade over the 54-foot (16-meter) dam. “Our people have lived off salmon for thousands of years. This is of just huge importance to us.”

Cody Desautel, natural resources director for the tribes, said the dam’s removal is crucial for rebuilding stocks of steelhead, lamprey and chinook salmon in the river.

“This is a mathematic and engineering question, and a question of where the sediment (behind the dam) goes,” Desautel said. “But the question of whether to remove it or not, that is a no-brainer.”

The Okanogan Public Utility District would also benefit from the dam’s removal because it does not generate electricity, provides no irrigation or flood control and has backed up about 2.4 million cubic yards (1.8 million cubic meters) of contaminated sediment, The Times reported.

The dam was originally built as a wooden structure in 1906 to power mining camps, and was rebuilt as a concrete dam between 1920 and 1923.

Officials now are concerned that 100 years of mining upstream have contaminated the sediment, increasing the cost and complicating the removal of the dam.

The utility has spent $15 million on the inactive dam and is now expected to spend about $7 million to conduct a dam-safety study demanded by the state Department of Ecology.

There have been previous plans to remove and revive the dam, but cost and liability halted those efforts. 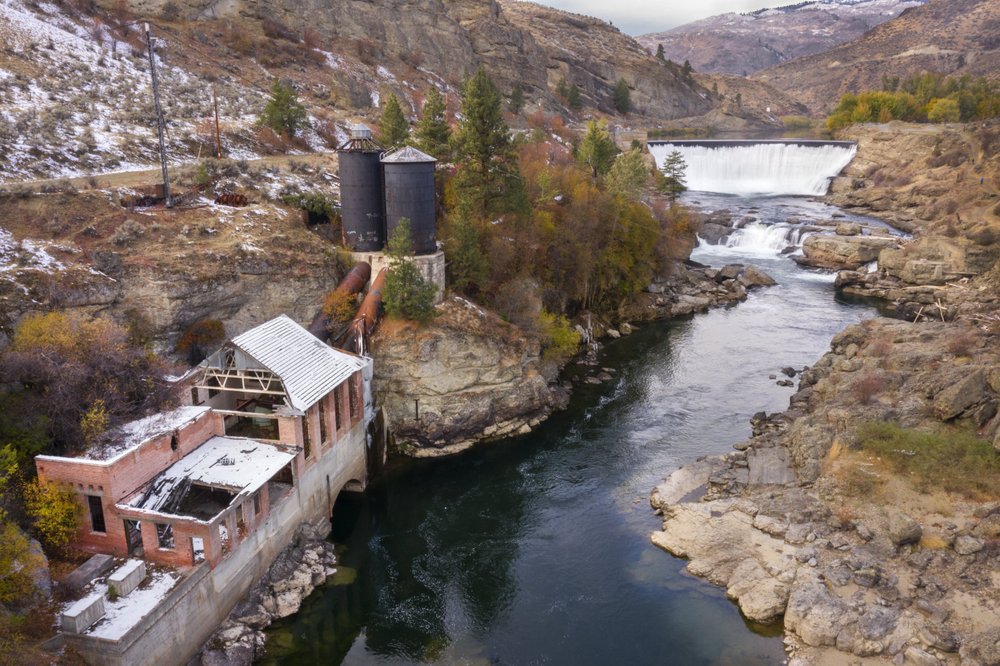 Enloe Dam powerhouse and dam in the distance on Oct. 28, 2020, in Oroville, Wash. Leaders of the Confederated Tribes of the Colville Reservation have announced and effort to determine the feasibility and costs associated with removal of the dam that has not generated electricity since 1958. CREDIT: Steve Ringman/The Seattle Times via AP

Utility officials said it would cost at least $87 million to reenergize the plant, delivering power at about $150 a megawatt hour, or about 10 times the cost of power from the local public utility district.

“I used to say we’d sell it for a dollar,” Okanogan Public Utility District Secretary Scott Vejraska said. “But now I’d say 50 cents. And I’d take payment plans. Somebody, sign on the dotted line. Just take it from us. Do whatever you want — we will be fine with that.”

Dam removal has started to accelerate across the United States as the structures outlive their usefulness. The Times reported that 1,722 dams had been demolished by 2019 nationwide, including 33 in Washington.

The cost of removing the dam is unknown and it is unclear when the dam could be removed if doing so is deemed feasible.