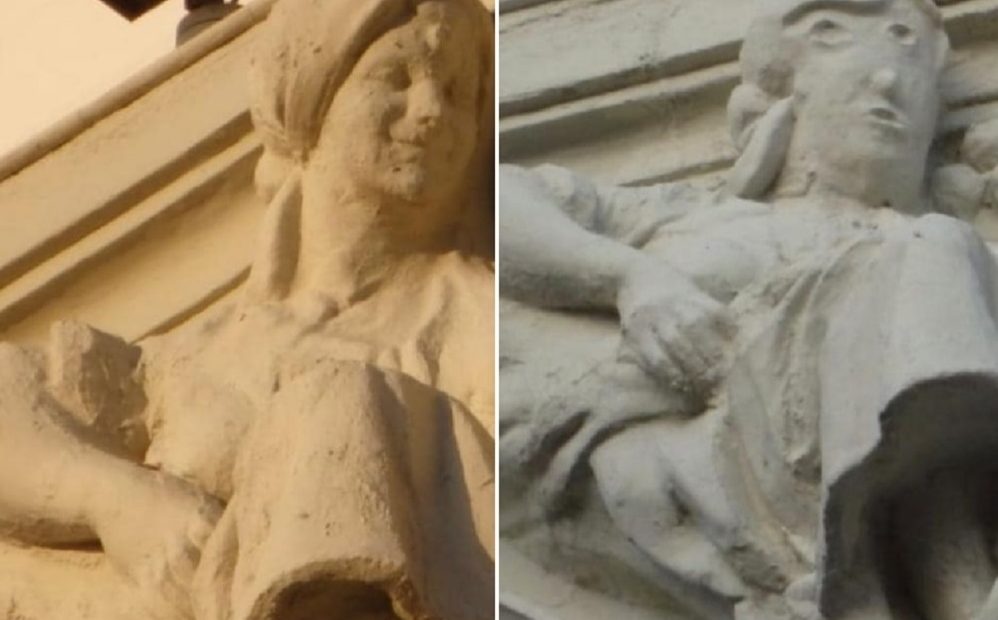 Behold The ‘Potato Head’ Of Palencia, Another Botched Art Restoration In Spain

A melted face with two round cavities standing in for eyes, a misshapen lump approximating a nose, and an agape maw of a mouth: Behold the latest art “restoration” gone completely wrong in Spain.

The botched work, which is being likened to a “potato head,” came to widespread public attention via Facebook posts and photos from a Palencia-based artist, Antonio Guzmán Capel. 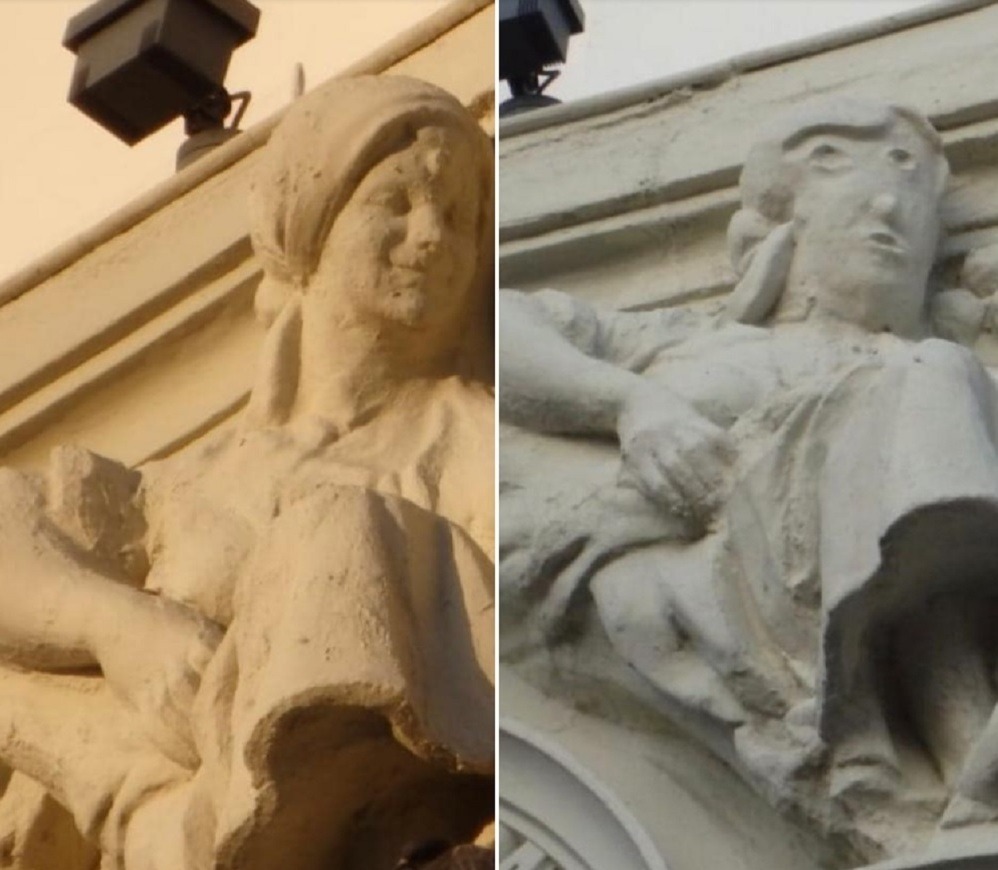 Before and after the recent “restoration” of a statue in the northern Spanish city of Palencia. Courtesy of Antonio Guzmán Capel

The Palencia “restoration” is the latest in an infamous line of nonprofessional art rehabs in Spain, including a 2012 repainting of a 19th-century fresco of Jesus, done by an 81-year-old church member, that gained the unfortunate international nickname of “Monkey Christ.”

More recent incidents in Spain include a day-glo repainting of a 15th century wooden sculpture of the Virgin Mary, St. Anne and the infant Jesus; the redoing of a 500-year-old St. George figure that turned him into a toy soldier; and multiple failed attempts to give the Virgin Mary a makeover in a copy of a painting by the Baroque artist Bartolomé Esteban Murillo.

The Palencia statue, which formerly was of a smiling lady placed within a country scene, adorns part of the facade of a bank in this city of some 78,000 in the country’s north. The Art Newspaper reports that the statue was originally unveiled in 1923.