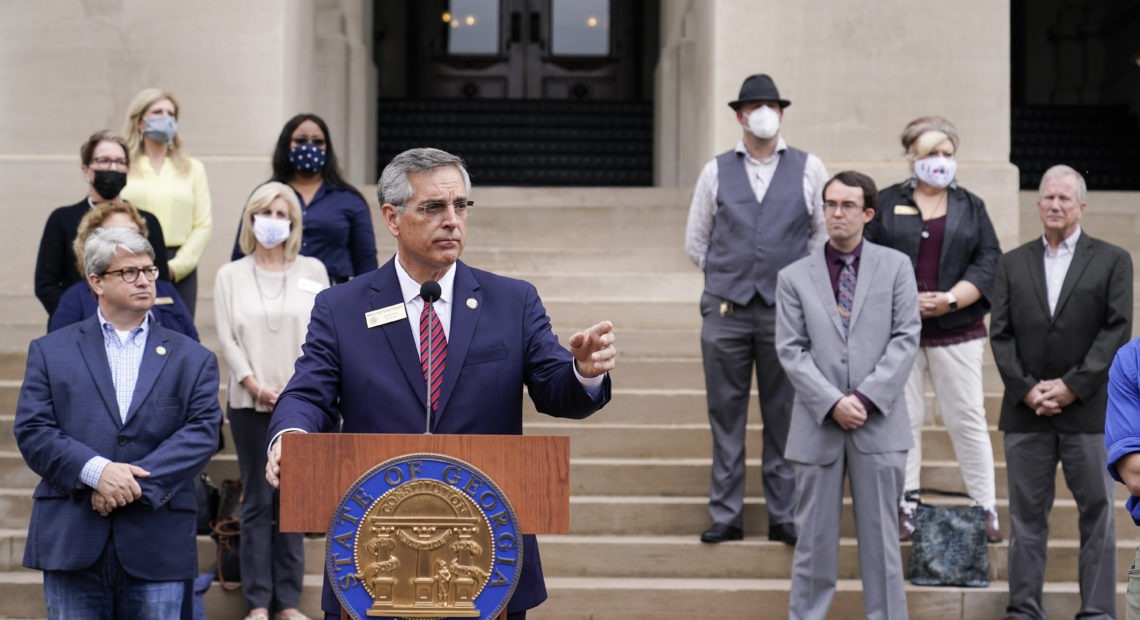 Amid baseless accusations of election fraud from Republicans, Georgia Secretary of State Brad Raffensperger announced the state will conduct a hand recount of the presidential race, where President-elect Joe Biden currently holds a 14,000-vote lead.

“This will help build confidence,” said Raffensperger, surrounded by a bipartisan group of local election officials. “It will be a heavy lift. We will work with the counties to get this done in time for our state certification.”

The hand recount, which likely will be both less accurate than a machine recount and more costly, must be completed by Friday, Nov. 20.

Biden’s apparent victory in Georgia, the first for a Democrat since 1992, was a major blow to the long-dominant Georgia GOP. 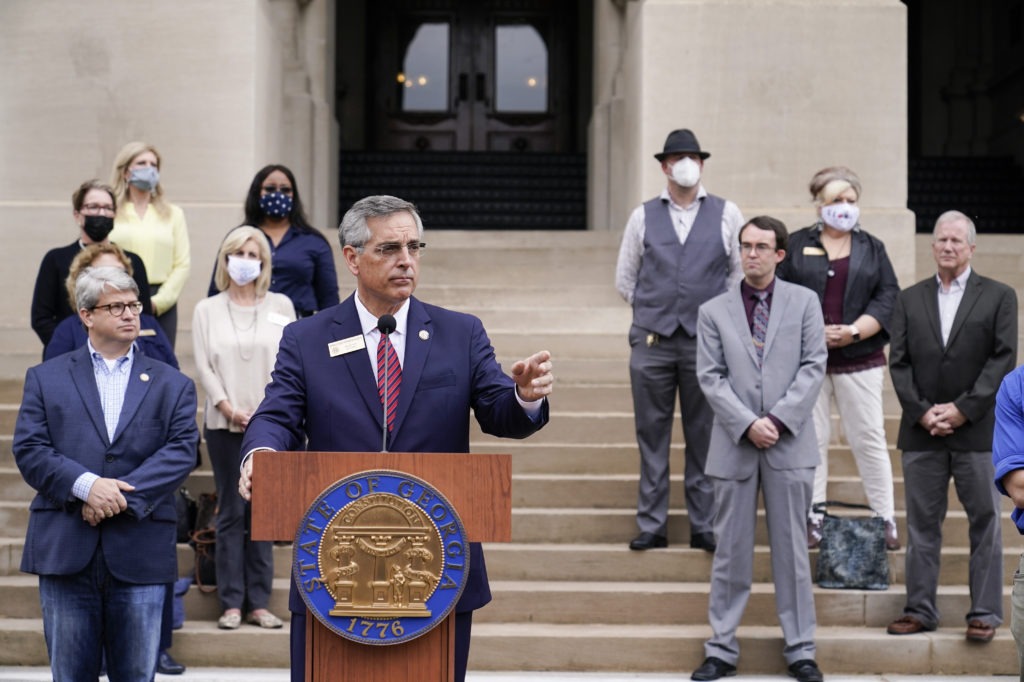 Georgia Secretary of State Brad Raffensperger announces Wednesday the state will conduct a hand recount of the presidential race as President Trump and his allies continue to make baseless claims of election fraud. President-elect Biden is leading Trump in Georgia by about 14,000 votes. CREDIT: Brynn Anderson/AP

Top Republicans, including President Trump and both of the state’s Republican senators are baselessly accusing Democrats of perpetrating election fraud, a claim Raffensperger and local election officials of both parties have rejected.

Earlier this week, Sens. David Perdue and Kelly Loeffler, who both face a runoff election on Jan. 5 after failing to clear 50% of the vote on Election Day, called for Raffensperger to resign after alleging “too many failures in Georgia elections this year” but without mentioning anything specific to support their claims.

“I know emotions are running high, politics are involved in everything right now,” Raffensperger responded. “But I am the duly elected secretary of state. One of my duties involves helping to run elections for all Georgia voters. I have taken that oath, and I will execute that duty and follow Georgia law.”

Raffensperger also announced that a series of state and local runoff elections initially scheduled for Dec. 1 would be moved to Jan. 5 to coincide with the Senate runoff. Whichever party wins those Senate seats will control the U.S. Senate.

Democrats and Republicans are already pouring millions of dollars into the races. On Tuesday, Biden told reporters that he and Vice President-elect Kamala Harris would “do anything we can that they think we can do to help” the Democrats win their Senate races in the state.

In a call with the press Wednesday afternoon, Trump campaign communications director Tim Murtaugh and Rep. Doug Collins, R-Ga., repeatedly referred to the upcoming recount process as a “first step.”

Collins denied using the recount process as a tactic to drive up turnout in the state ahead of the runoff elections.

“I don’t think motivation of turnout is a problem down here in Georgia,” he said.

The Trump campaign could still request an additional recount after the state completes its recount.

The Electoral College’s “safe harbor” deadline, by which states finalize their slates of electors, is Dec. 8. The electors vote on Dec. 14.