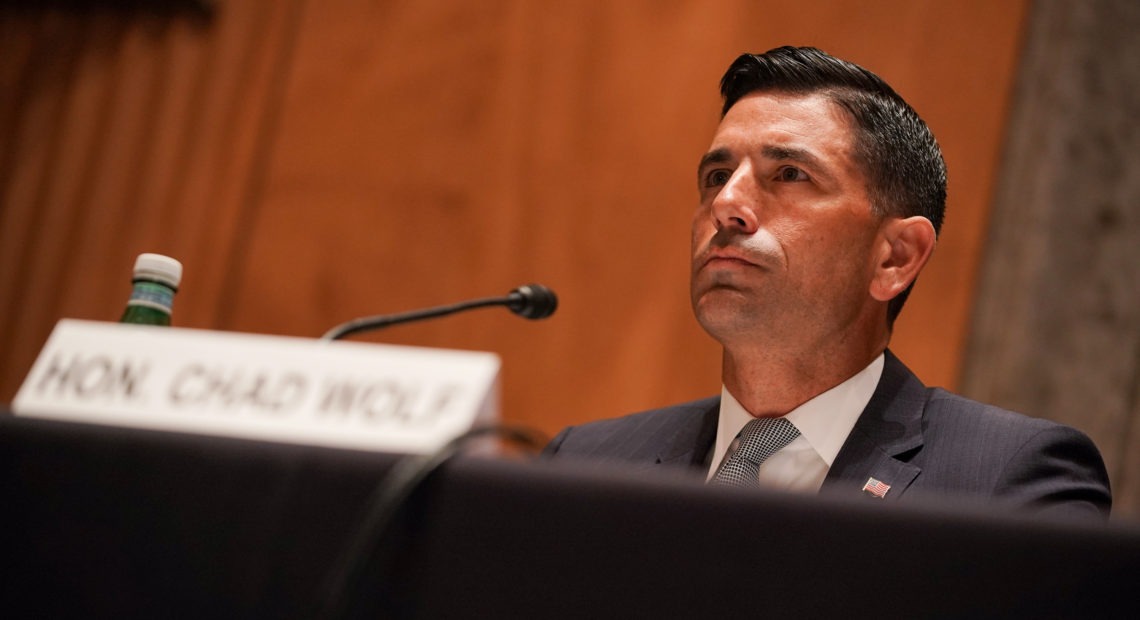 A federal judge in New York City says Chad Wolf was not legally serving as the acting secretary of homeland security when he issued a memo in July that stopped new applicants to the Deferred Action for Childhood Arrivals program.

It’s the latest court ruling against the Trump administration’s attempts to undo the Obama-era program that currently protects about 640,000 young immigrants who were brought to the U.S. illegally as children. 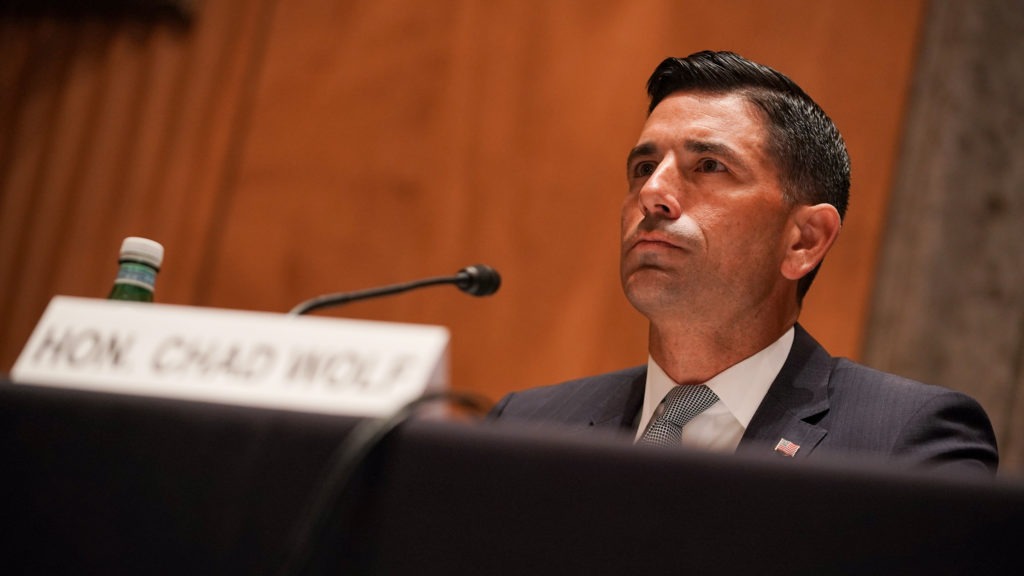 Chad Wolf, the acting secretary of homeland security, is pictured on Sept. 23. A federal judge said he was not authorized to issue a July memo limiting the restrictions of DACA recipients. CREDIT: Greg Nash/Pool/Getty Images

Instead, Wolf issued a memo on July 28 that, Judge Garaufis wrote, “effectively suspended DACA” pending a Department of Homeland Security review. Wolf’s memo said the administration would reject new applicants. It also said the administration would renew protections for immigrants who already have them, but for just one year, instead of two years, which was the previous policy.

The Trump administration has previously been chided by another federal judge and a government watchdog for violating the rules of succession at the Department of Homeland Security.

He ordered the parties of the case to schedule conferences with the court by Sunday to inform the judge of any planned motions in response to the ruling.

“Today’s decision is another win for DACA recipients and those who have been waiting years to apply to the program for the first time,” wrote Karen Tumlin of the Justice Action Center, who represents DACA recipients in the case.