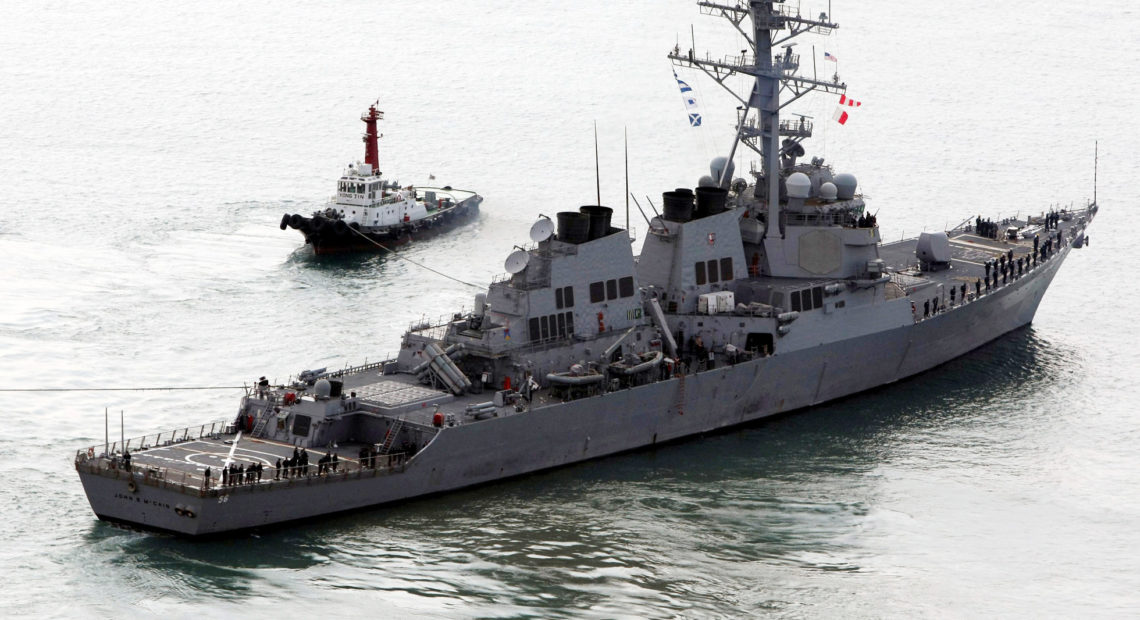 Russia says it caught a U.S. Navy ship illegally operating in Russian waters in the Sea of Japan and “chased off” the offending ship on Tuesday.

The area in question has been claimed by Russia as part of its territorial waters since 1984, but the U.S. does not recognize that claim.

The Admiral Vinogradov, a Russian destroyer, verbally warned the USS John S. McCain that it would be rammed if it didn’t leave the area after it violated the boundary by more than a mile, according to Russia’s Defense Ministry. The McCain, an Arleigh-Burke class destroyer, immediately returned to neutral waters after the warning, according to the Kremlin. 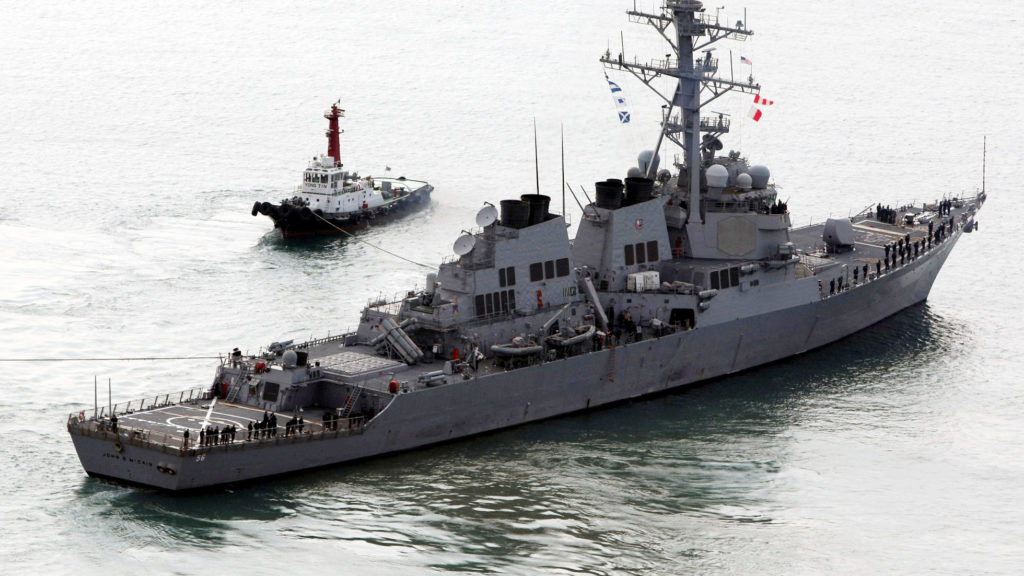 However, the U.S. is telling a different story. It says that the McCain “asserted navigational rights and freedoms in the vicinity of Peter the Great Bay in the Sea of Japan.”

The 106-nautical mile closing line at the mouth of the bay is “inconsistent with the rules of international law as reflected in the Law of the Sea Convention,” according to the Navy.

“This freedom of navigation operation upheld the rights, freedoms, and lawful uses of the sea recognized in international law by challenging Russia’s excessive maritime claims,” the Navy said in a statement.

Although not uncommon during the Cold War, the U.S. and Russian naval forces have had close encounters on the sea and air even in recent years. Russian ships and planes regularly challenge U.S. naval vessels.

Last year, the Admiral Vinogradov came within 50 to 100 feet of the USS Chancellorsville as the American ship was busy recovering a helicopter. The Chancellorsville had to take evasive action to avoid the Russian warship, the Navy says.

Russia’s military said at the time that the two vessels were “heading in parallel directions” when the U.S. ship “impeded” its vessel.

In 2017, the McCain was involved in a collision with a tanker that killed 10 sailors.