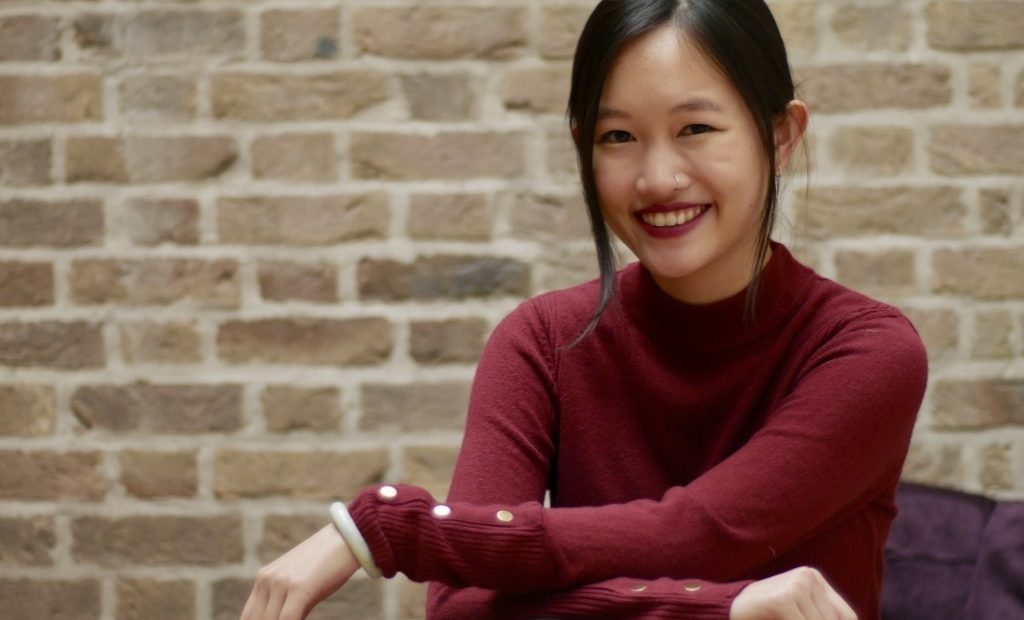 In The Poppy War Book Series, R.F. Kuang Asks: ‘What If Mao Was A Teenage Girl?’

Rebecca Kuang once described her Poppy War fantasy series as “what if Mao Zedong was a teenage girl?”

The Poppy War is the story of passionate yet ruthless Fang Runin, also known as Rin, who grows up poor, orphaned by a previous war. But she studies and gets into an elite military academy, and develops a gift for shamanism that lets her call upon the fire powers of a vengeful Phoenix god. She wins a war, and joins a civil war for a new republic — only to face enemies from her own country, a former invader, and a colonial power with guns, airships, and other superior technology. The third book in the trilogy, The Burning God, has just been released. 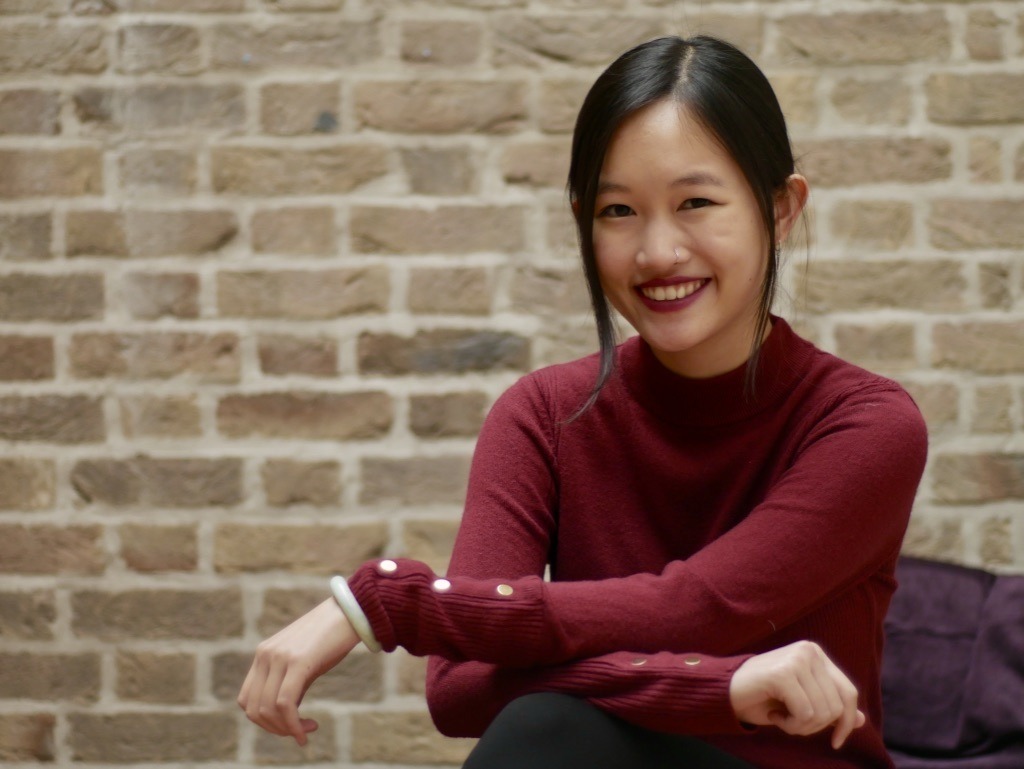 Author R.F. Kuang grounded her Poppy War books in her own interpretations of history, and her family’s history. CREDIT: Kobi C. Felton

“I was interested in how somebody could go from … backwater ignorant roots to being in charge of an entire country,” Kuang says. “I was really interested in the question of what makes a monster. … how can one individual be responsible for so much? How can (Mao) be so gravitational, that the fate of millions hinges on offhand comments that he makes?”

The countries of the Poppy War have clear parallels to China, Japan, and Europe. In the early 20th century, China’s Qing Dynasty fell, ending thousands of years of rule by emperors thought to be the sons of heaven.

Characters in the series wage epic battles over questions from this period: What is it like to be born into power? What is it like to gain power? How does someone go from fighting for the oppressed, to becoming the monster they fought against, like Mao?

Kuang grounded the world of the Poppy War in her interpretation of history, and her own family history. She grew up in the U.S., with immigrant parents who did not speak of their life in China, as she recounts in an essay for Uncanny Magazine. Her mother coached her not to speak of the Communist Party, not to write about its oppressive regime, out of fear that someone might be listening — even in the United States. Kuang describes her mother’s actions as a kind of psychic shield against mental trauma.

As an undergraduate student at Georgetown University, Kuang spent a year in Beijing, and became properly fluent in Chinese. She talked to her grandparents about their experiences during the 20th century, and ended up writing an entire novel to process what she was learning.

Kuang drafted that first book, The Poppy War, when she had just read about the Nanjing Massacre, an infamous episode from the 1930s war between China and Japan. Japanese soldiers seized the Chinese city of Nanjing and massacred hundreds of thousands of surrendered soldiers and civilians, an event Kuang parallels on the page. 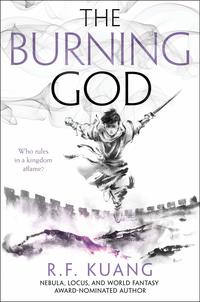 The Burning God, by Rebecca Kuang

“I was writing from a place of rage and anger because I thought it was just astonishing and really tragic that something like this was not really talked about in the West and also not really … acknowledged or apologized for, on the part of Japan,” Kuang says.

But, she continues, she’s no longer writing out of anger. For one thing, she learned how the Chinese Communist Party politicizes traumatic events like the Nanjing Massacre to stoke nationalism. And she realized it could be dangerous to tell a revenge story where her main character destroys a whole country of perceived oppressors.

Rin, on the other hand, is still angry. Kuang says Rin represents an unhinged id, “the angriest, most impulsive, least responsible part of me.” She summed up her first book on Twitter as “area girl has poor anger management.”

But Rin — unhinged as she is — now has critical acclaim and passionate fans around the world; Kuang recently won the Astounding Award for best new writer at the Hugo Awards ceremony. I asked some of her fans what resonated with them.

Reader Alexa Morales says she found Rin difficult to like at first. She points to a memorable scene where Rin has her first period, learns about periods, and becomes frustrated at how this will slow her progress in school. Rin promptly swallows a chemical that effectively gives her a hysterectomy and days of pain.

“I thought that was going to ruin my experience … it ‘s like the whole book where Rin is making decisions like that, but it actually made me enjoy it that much more,” Morales says.

Ultimately, she says, she loves the series for the ways it examines race and power. For instance, she has a quote from Rin in the second book up on a corkboard: “I’ve seen how power works. It’s not about who you are, it’s about how they see you. And once you’re mud in this country, you’re always mud.”

Kuang says she wanted to make Rin more sympathetic than Mao, so she’s a dark skinned peasant girl who gets picked on by her classmates (there is a real bias against dark skin in Asia). Kuang says she was also inspired by Ding Ling, a member of the Chinese Communist Party who criticized the Party in the 1940s for its harsh treatment of women.

Fantasy author Jeannette Ng says they like the series because it is about coming to terms with historical events. They were particularly struck by the scene inspired by the Nanjing Massacre, because Rin — the main character — does not actually witness it. Instead, she comes across the gruesome aftermath and talks to people who were there.

“That scene encompasses … what the series overall feels like to me, this desire to come to terms with something that happened,” they say. “Not all of it is happening to you personally, but you’re having to deal with the legacy of it and asking that question of … how, and why, and what next.”

Ng says that as a child, they went to the Memorial Hall in Nanjing, but that visit did not make them think about what had happened in the way that Kuang’s book did.

“I remember the Nanjing museum as a series of horrors, a series of caricatures, as this sort of foul taste in the back of my throat,” they say. “I remember having nightmares about it afterwards, it didn’t make sense of the tragedy to me, it was just, ‘these people are bad, we are good’ … I’m sure that some of this comes from just: Rebecca Kuang has a more similar background to me and she speaks to me in a language that I understand better, the language of fantasy literature.”

Kuang says she will not return to the world of the Poppy War. Her next book is inspired by her time studying at Oxford University and the University of Cambridge, and her work as a professional translator of Chinese fiction. She says the new book questions the way elite schools produce brilliant scholars, but also come from colonial empires, and exclude people based on race, gender, and class.

Kuang is also starting a PhD in East Asian Languages and literatures at Yale University, and says she does not want to be a full time novelist because she enjoys teaching, and needs to keep learning.

“If all I were drawing on was my own memories and my experiences, then I would only write really boring novels about a young girl at college. It’s important that I at least spend the other half of my life … engaged in interesting questions and learning new things constantly.”

Alan Yu reports on space, science and innovation for WHYY in Philadelphia.