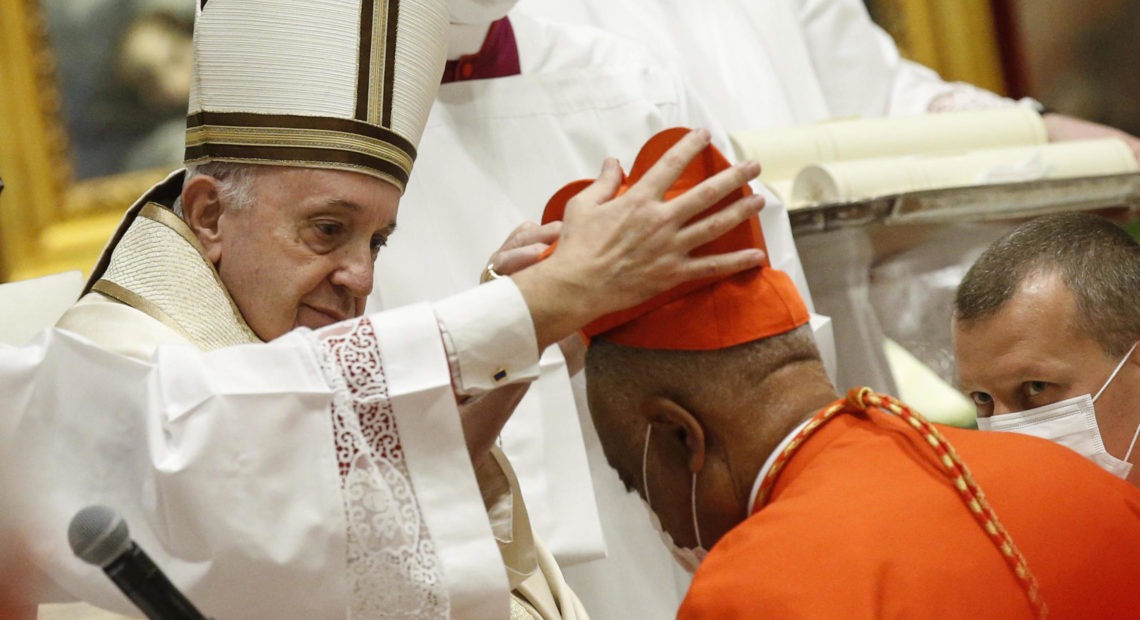 Gregory, the archbishop of Washington since 2019, is one of 13 bishops and priests elevated to the College of Cardinals at the Vatican on Saturday. With the ceremony, Francis has appointed 73 of the 128 cardinals who can elect the next pope.

Before the ceremony, Wilton told The Associated Press he viewed his appointment as “an affirmation of Black Catholics in the United States, the heritage of faith and fidelity that we represent.”

The ceremony, known as a consistory, was subdued compared with years past as the pandemic put a damper on what would normally be a day of pomp and circumstance. Although St. Peter’s Basilica normally holds thousands, each cardinal was limited to 10 guests, and the basilica was mostly empty. 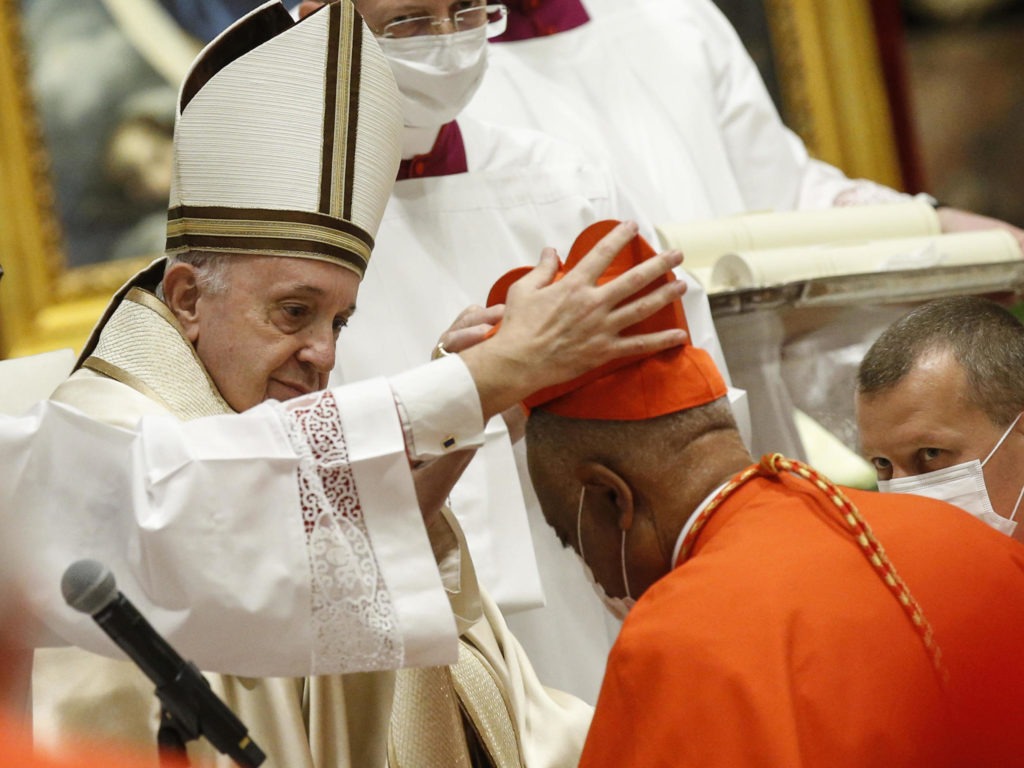 Archbishop Wilton Gregory of Washington, D.C., becomes a cardinal during a ceremony Saturday known as a consistory in St. Peter’s Basilica at the Vatican. Pope Francis cautioned new cardinals never to lose their connection to the people.
CREDIT: Fabio Frustaci/Pool/AFP via Getty Images

Guests and new cardinals alike were wearing masks. As a precaution, the cardinal candidates who traveled to Rome from abroad had been in quarantine at the Vatican for 10 days before the ceremony.

In his homily, Pope Francis cautioned the new cardinals never to lose their connection to the people, nor to think of themselves only as “His Eminence.”

“If you feel that, you are off the path,” Francis said. “We too — pope and cardinals — must always see ourselves reflected in this world truth. It is a sharpened sword; it cuts, it proves painful, but it also heals, liberates and converts us.”

Francis also warned the cardinals not to fall prey to corruption, or to use their positions for personal advancement.

Gregory has developed a reputation as someone who is not afraid to weigh in on salient social issues. “You cannot be a Catholic and sit on the sidelines,” he told young adult Catholics last year. “To be a member of the church means you’ve got to get in and get your hands dirty in the mix of the whole arena of faith from what we believe and profess to how we live and treat one another.”

Gregory didn’t hold back after President Trump visited the St. John Paul II National Shrine the day after demonstrators were tear-gassed outside the White House. “I find it baffling and reprehensible that any Catholic facility would allow itself to be so egregiously misused and manipulated in a fashion that violates our religious principles,” he said at the time.

This week, Gregory told the media he hopes to find common ground with President-elect Joe Biden, who will be the second Catholic president in the country’s history.

Sylvia Poggioli contributed to this report.