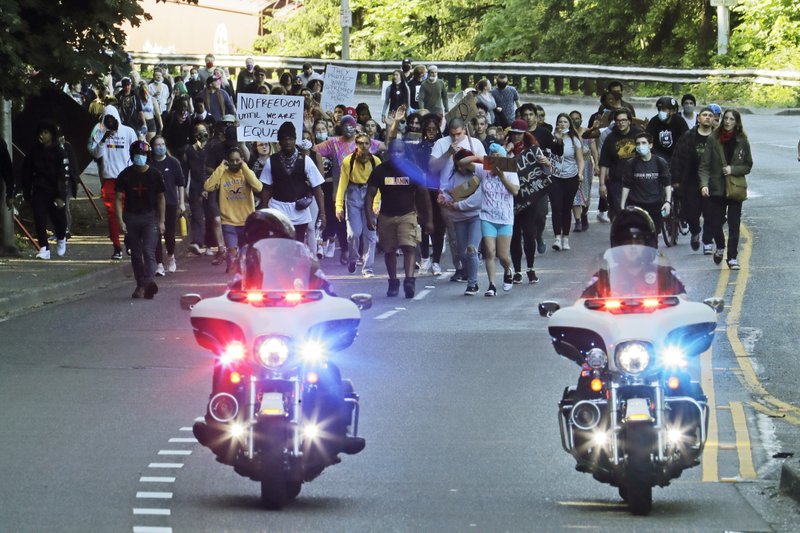 Washington state lawmakers and activists are setting an ambitious agenda for police reform in the upcoming legislative session, saying they hope to make it easier to decertify officers for misconduct, to bar the use of police dogs to make arrests, and to create an independent statewide agency to investigate police killings.

“Now is the time,” Spokane pastor Walter Kendricks, of Washington for Black Lives, told the House Public Safety Committee during a meeting Monday. “It’s been too many years, and too many people have died.”

The bills being drafted for the session beginning in January represent a broad overhaul of policing and police accountability in Washington, building on years of work by advocates and galvanized by the raging police-brutality protests that followed the killing of George Floyd by Minneapolis police in May.

The measures are expected to target longstanding hurdles to reform by ensuring truly independent investigations when officers use deadly force, rather than having officers from neighboring jurisdictions review the actions of their colleagues; by making it easier to decertify bad officers, preventing them from simply moving to another department; and by limiting or ending the use of private arbitrators when officers appeal discipline for misconduct, as those arbitrators often reinstate fired officers or overrule punishments handed down by police chiefs.

In this June 1, 2020, photo, police on motorcycles escort a protest march in Tacoma against police and the death of George Floyd in Minneapolis days earlier. Washington state lawmakers and activists are setting an ambitious agenda for police reform in the upcoming legislative session. They say they hope to make it easier to decertify officers for misconduct, to bar the use of police dogs to make arrests, and to create an independent statewide agency to investigate police. CREDIT: Photo/Ted S. Warren

Officers would be required to intervene to stop and to report misconduct by their colleagues, and they could be sued for failing to use de-escalation tactics when appropriate. A statewide, publicly available database would track police activity, including stops, arrests and uses of force.

A bill being introduced by Rep. Jesse Johnson, a Federal Way Democrat, would address several police tactics — curtailing the use of chokeholds and neck restraints by officers, banning officers from firing into a moving vehicle unless it presents an imminent threat, and barring the use of no-knock warrants. While police would be allowed to use dogs for drug detection and tracking, officers would be forbidden from unleashing the animals to make arrests. Police dogs often viciously bite suspects — not to mention bystanders, witnesses and officers themselves — causing lasting injuries and sometimes expensive court settlements.

Many in law enforcement support those measures, Johnson said. More controversial efforts could include limiting collective bargaining rights of police unions and changing the standard for when officers can be held liable for using deadly force, requiring such actions to be necessary rather than just reasonable.

“I’m very hopeful we’re going to achieve a major, comprehensive set of reforms,” Rep. Roger Goodman, the Kirkland Democrat who chairs the Public Safety Committee, said Tuesday. “There’s going to be a lot of disagreement when we get to the details, but it’s not as adversarial as one might imagine.”

Police groups, including the Washington Association of Sheriffs and Police Chiefs, the Criminal Justice Training Commission and the Washington State Patrol Troopers Association, have said they will work with lawmakers and activists to try to find common ground. Some have supported a requirement that officers report when they witness misconduct or limiting the ability to appeal discipline to an arbitrator.

The state’s last major police reform legislation, Initiative 940, took effect this year after being amended by the Legislature. It made it easier to charge police for deadly shootings by eliminating a requirement that prosecutors prove an office acted with malice, and it aimed to eliminate conflicts of interest in reviews of killings by police and to ensure community members participate in those reviews.

But I-940 contained no mechanism for holding police departments accountable if they failed to comply. When Tacoma police killed Manuel Ellis early this year, the Pierce County Sheriff’s Office spent three months investigating the death before divulging that one of its deputies had been involved in Ellis’ arrest. Gov. Jay Inslee turned the review over to the Washington State Patrol and appointed a task force on independent investigations of police killings.

“The need for a totally trustworthy system is so imperative in these most crucial and heartfelt tragedies,” Inslee told the task force during a meeting last month.

The task force, which includes community activists, relatives of those killed by police and law enforcement representatives, has spent months examining how a new state agency might handle investigations — as well as how to ensure independent prosecutions of officers in cases where local prosecutors might have a conflict of interest.

Former King County Sheriff Sue Rahr, who heads the state Criminal Justice Training Commission, urged lawmakers Monday to take a balanced approach to police reform. She agreed that officers must be held accountable for misconduct, but described the creation of a new state agency to investigate uses of force as extremely expensive and possibly ineffective in addressing the root causes of problematic policing, including unconscious racial bias and a lack of training.

“You’ll be making a huge investment in a plan that relies on punishment and deterrence as the primary strategy to change police behavior,” Rahr said. “We can more effectively promote fair and just policing by providing comprehensive education for all members of law enforcement.”