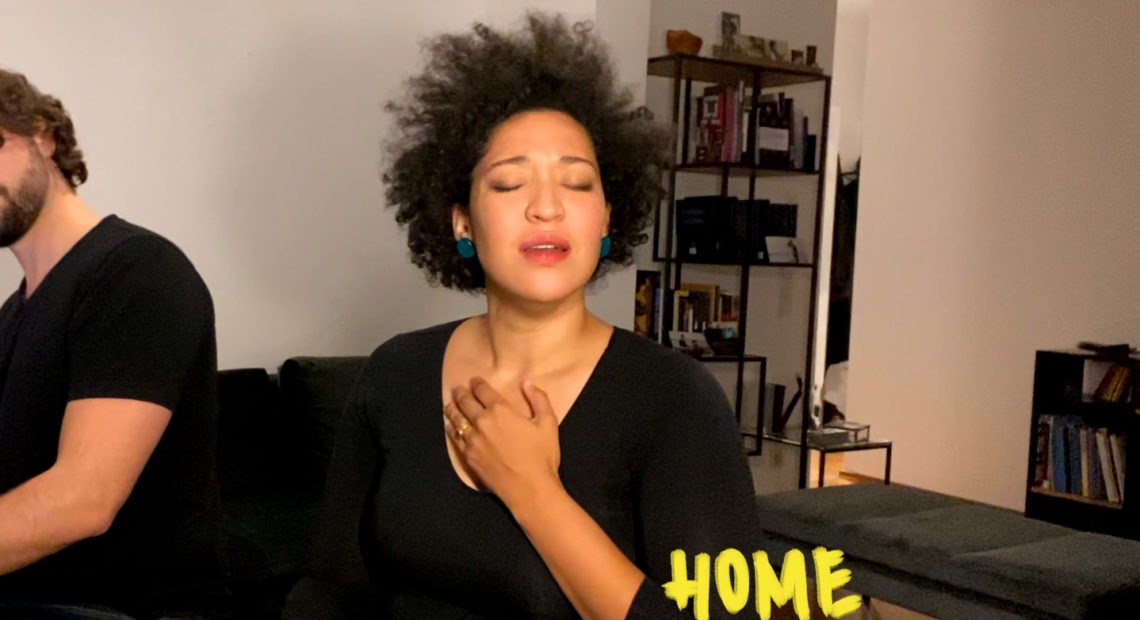 Soprano Julia Bullock prefers to be called a “classical singer.” It’s a rather humble, even vague, appellation for one of today’s smartest, most arresting vocalists in any genre.

She was just named Artist of the Year by Musical America, who labeled her an “agent of change.” Bullock, who also considers herself an activist, has shaken up the classical music world recently with provocative programming and expressive performances. You can witness just that in this extraordinary Tiny Desk (home) concert from Munich, Germany with pianist and conductor Christian Reif, whose sensitive playing seems to anticipate and enhance Bullock’s every phrase. He also happens to be her husband.

Carefully choosing songs in German and English, Bullock begins with something bittersweet and introspective by Franz Schubert that cautions patience when looking for inner peace. She follows with “Wie lange noch” (How Much Longer), a World War II-era song by Kurt Weill. Written after Weill emigrated to the United States, the song contained coded messages for Germans back home. But Bullock has no time for secrets in these days fraught with uncertainty. The meaning behind her insistent cries of “How much longer?” as she stares straight through the camera, couldn’t be more transparent.

The next two songs are a gut-punch of clear-eyed observation, struggle and hope. The spiritual “City of Heaven” finds a determined protagonist facing down sorrow, while Billy Taylor‘s “I Wish I Knew How it Would Feel to be Free,” written at the height of the civil rights movement, speaks truth to power. At the very end, Bullock spins out a long flowing line on the word “free.” It’s among the most transcendent musical moments I’ve experienced this year.