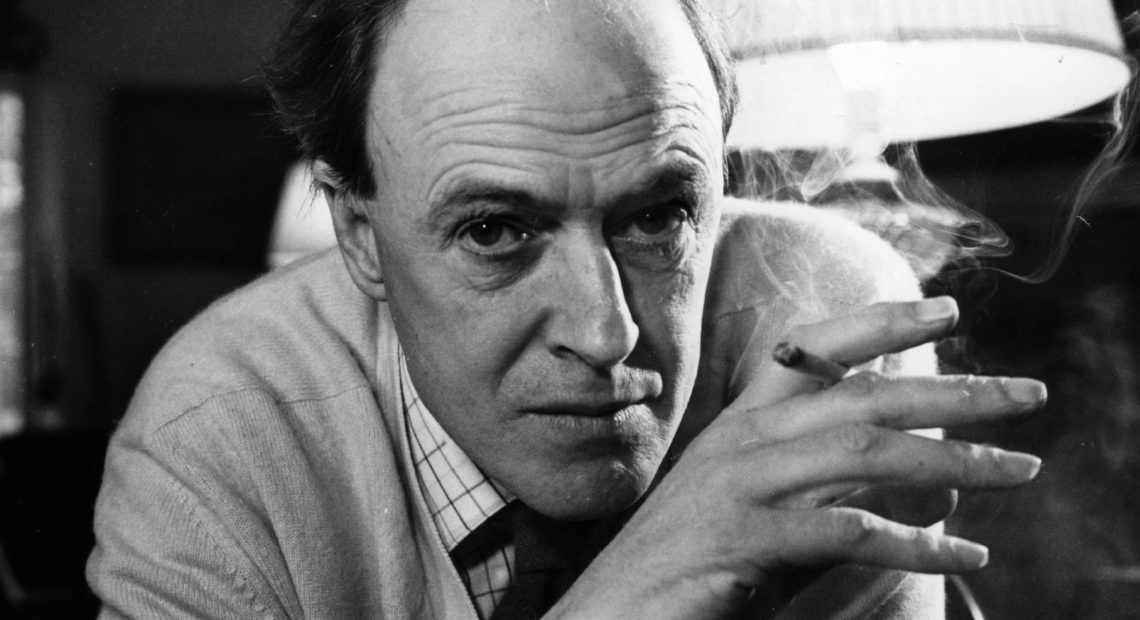 The family of children’s book author Roald Dahl has issued a belated apology for his history of anti-Semitism.

“The Dahl family and the Roald Dahl Story Company deeply apologise for the lasting and understandable hurt caused by some of Roald Dahl’s statements,” read the comment on the official Dahl website.

The apology comes three decades after the British author’s death in 1990. Over his nearly 50-year career, Dahl wrote such classic children’s books as Matilda, James and the Giant Peach, and The BFG.

He also made some anti-Semitic comments.

In one example, in 1983 Dahl reportedly told Britain’s New Statesman magazine that “there is a trait in the Jewish character that does provoke animosity. … Even a stinker like Hitler didn’t just pick on them for no reason.”

In its brief apology, the family distanced itself from Dahl’s anti-Jewish sentiments. “Those prejudiced remarks are incomprehensible to us and stand in marked contrast to the man we knew and to the values at the heart of Roald Dahl’s stories, which have positively impacted young people for generations,” the statement continued. “We hope that, just as he did at his best, at his absolute worst, Roald Dahl can help remind us of the lasting impact of words.”

It’s unclear when the apology was posted, but it came to light after The Sunday Times reported it Sunday, along with further regrets from his family. “Apologising for the words of a much-loved grandparent is a challenging thing to do, but made more difficult when the words are so hurtful to an entire community,” the family said. “We loved Roald, but we passionately disagree with his antisemitic comments.”

The apology was received with appreciation by Jewish groups — which all took notice of the decades that have passed since the author’s death. “For his family and estate to have waited thirty years to make an apology, apparently until lucrative deals were signed with Hollywood, is disappointing and sadly rather more comprehensible,” the Campaign Against Antisemitism said in a statement. (Netflix reportedly paid The Roald Dahl Story Company at least $1 billion in 2018 for the rights to 16 of the author’s works.)

The group added that the apology was “encouraging,” but that it’s “a shame that the estate has seen fit mere to apologise for Dahl’s antisemitism rather than to use its substantial means to do anything about it.”

“This apology should have happened long ago — and it is of concern that it has happened so quietly now,” said Marie van der Zyl, president of the Board of Deputies of British Jews. Dahl’s “abhorrent antisemitic prejudices were no secret and have tarnished his legacy.”

Van der Zyl suggested that educators should use Dahl’s books as an opportunity for young people to “learn about his intolerant views.”

Dahl’s 1983 comments to New Statesman weren’t the only anti-Semitic statements he made.

“I’m certainly anti-Israeli and I’ve become antisemitic in as much as that you get a Jewish person in another country like England strongly supporting Zionism,” Dahl told The Independent in 1990, just months before he died, as reported by The Guardian.

It was those sorts of statements that caused the U.K.’s Royal Mint to nix a proposed Dahl coin in 2014 ahead of the 100th anniversary of Dahl’s birth. He was “associated with antisemitism and not regarded as an author of the highest reputation,” read the minutes of a commemorative coin subcommittee, The Guardian reported.

Yet even some prominent Jewish voices couldn’t resist the allure of Dahl’s stories. “I’ve always adored Roald Dahl’s books,” Karen Pollock, chief executive of the Holocaust Educational Trust, said on Twitter. “I’ve known about his antisemitism, but to even point it out often felt like sacrilege towards one of the most popular authors of all time.”