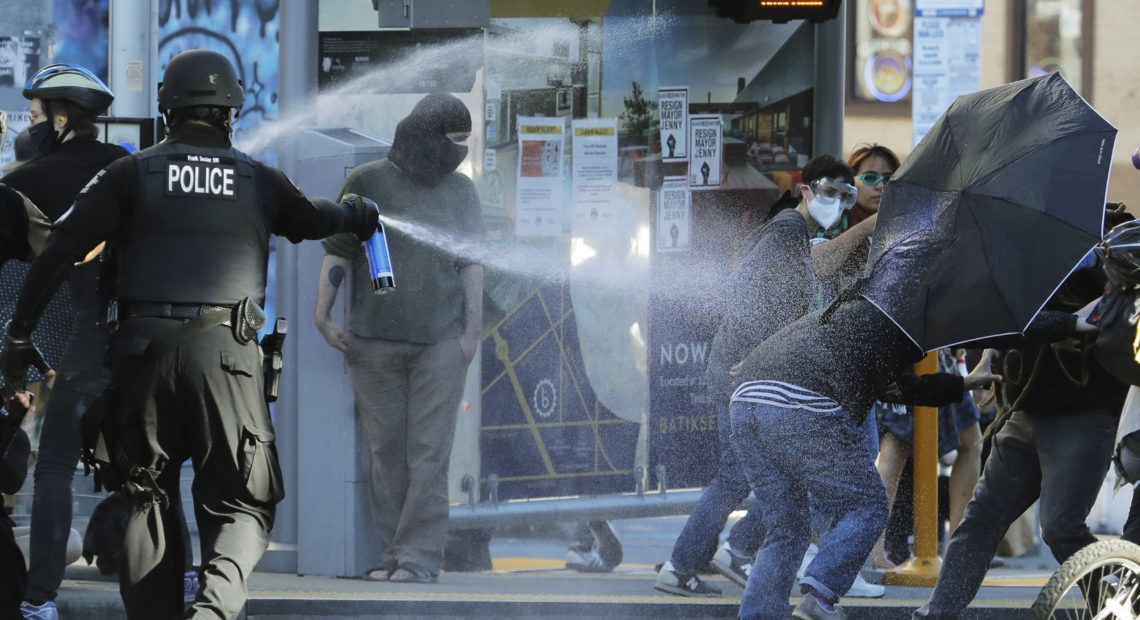 A federal judge has found the Seattle Police Department in contempt for violating an order to stop the “indiscriminate” use of chemical irritants or projectiles against protesters except in cases where officers faced imminent danger.

The Monday ruling by Judge Richard Jones of the Western District of Washington in Seattle said the department had failed to prove that its use of pepper spray, pepper balls, blast balls and paint balls during four Black Lives Matter protests was warranted.

However, after reviewing a trove of evidence, including videos and police reports, Jones said officers were justified in responding with those weapons in another four instances. 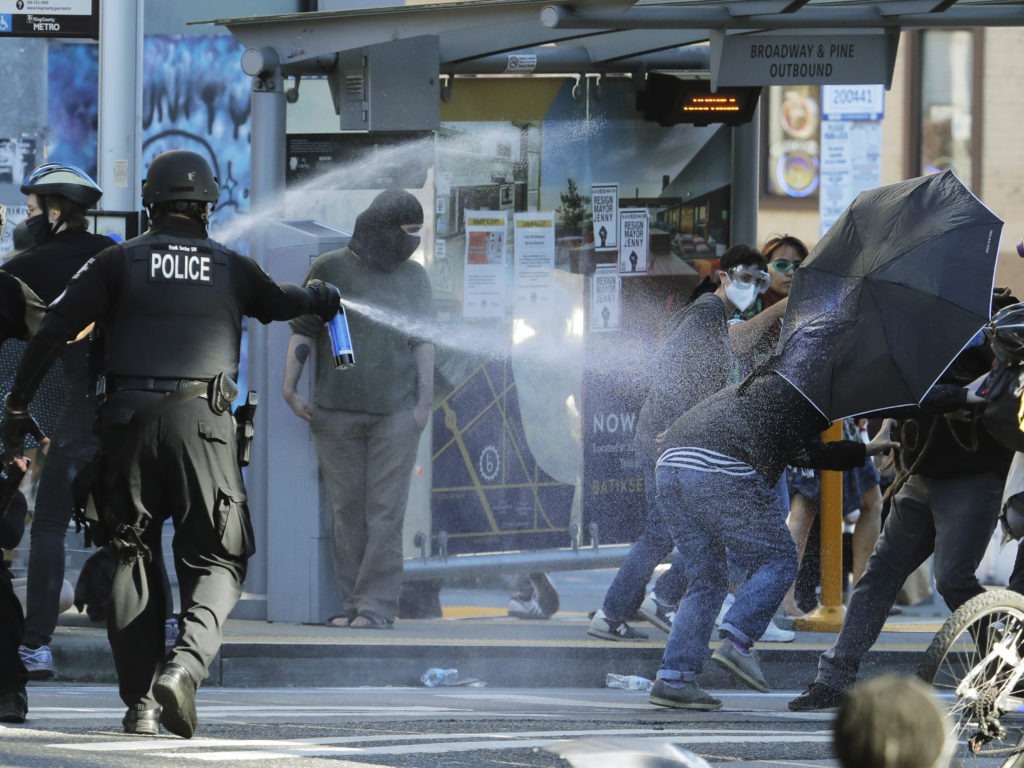 The decision on Monday was a partial victory for Black Lives Matter protesters but Judge Richard Jones found that in several instances, Seattle Police Department officers were justified in their use of less lethal weapons. CREDIT: Ted S. Warren/AP

“Surely, compared to its uses of less lethal weapons earlier this year when this action was first brought, SPD’s uses at these four protests appear to be more restrained,” Jones wrote in a 27-page order.

He noted the department’s “more targeted and proportional” use of the weapons since the initial injunction was issued, but added, “the court cannot ignore the clear violations.”

Jones also dismissed the city’s argument that it cannot be held liable for the individual actions of police officers. He said it had already agreed to an earlier order that outlined when and how lethal weapons may be used.

The judge said of the four types of less lethal weapons deployed by the department, he is “most concerned” over the use of rubber-coated blast balls — also called flashbang grenades — that generate a loud noise and bright light when detonated. He said they are the most “indiscriminate of the four.”

“SPD has often hurled blast balls into crowds of protesters. In many cases, the accuracy of these baseball-style throws is suspect,” Jones explained. He added that “they pose a greater collateral danger” to peaceful protesters than projectiles fired from a semi-automatic launcher.

He found that on at least two occasions SPD officers indiscriminately threw blast balls into crowds. During a protest on Sept. 7, two officers hurled them into two separate groups of BLM protesters after a glass shattered near the officers’ feet. Neither was responding to an imminent threat, Jones said.

Then at a Sept. 23 protest, another officer who was walking several rows back from the front of a police line, grabbed a blast ball and threw it overhand into a crowd of protesters, according to the court documents.

The SPD had justified the blast balls, pepper spray, pepper balls and paint balls saying they are imperative to creating separation between protesters and officers. But Jones said that’s not an authorized basis to use the weapons.

Jones did find the department was in compliance with the order in four confrontations, including after an officer was hit in the head with a bat. He sprayed several protesters with pepper spray while making his way back behind police lines. In another incident, an officer threw a blast ball into a crowd to reroute protesters after a Molotov cocktail was thrown, nearly hitting a demonstrator.