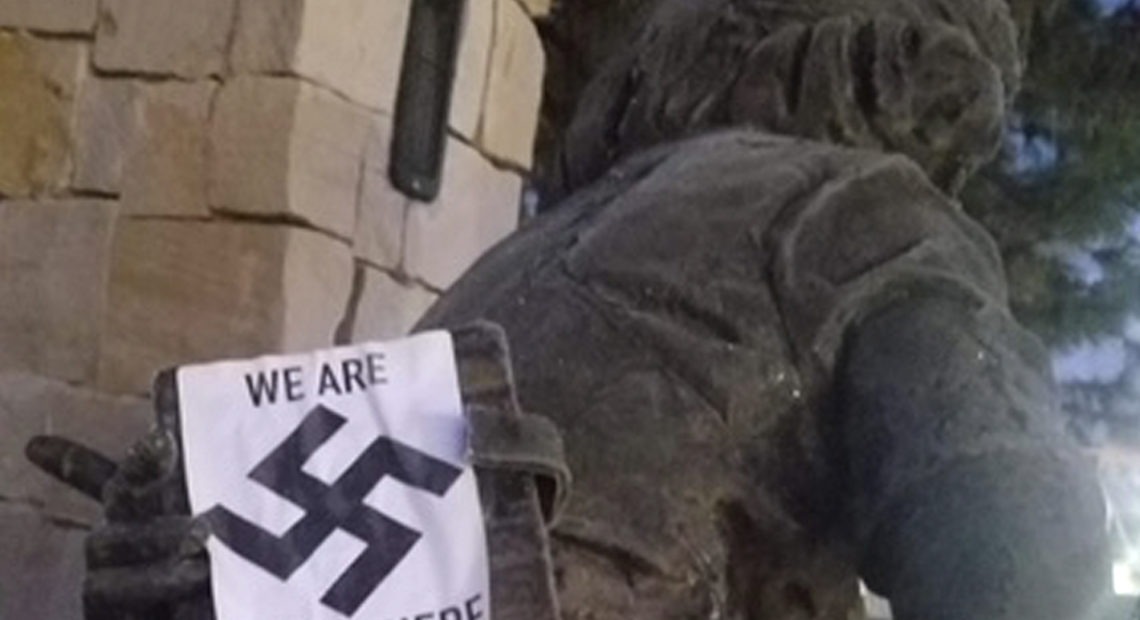 The Idaho Anne Frank Human Rights Memorial in downtown Boise, Idaho, was tagged with Nazi propaganda sometime between Monday evening and Tuesday morning. The memorial spans nearly an acre along the Boise River, situated in the heart of the community. A visitor was out for a morning walk through the park and realized the memorial had been vandalized.

Nine stickers with swastikas were placed throughout the memorial. The Boise Police Department said it is reviewing surveillance video in its investigation.

Mayor Lauren McLean said acts of hatred are not the Boise way. “This is not normal — the rhetoric we’ve seen over the past days and months has no place in our community,” she said in a statement. “Bad actors who use racist and violent rhetoric are not welcome in this community.” 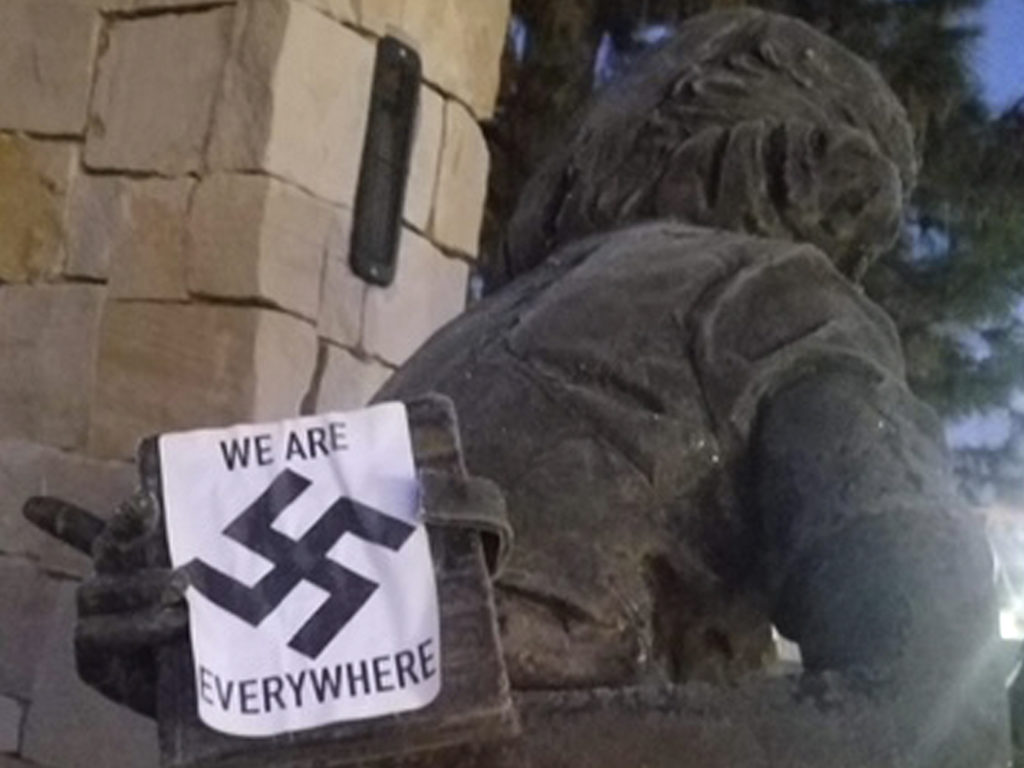 Dan Prinzing, executive director of the Wassmuth Center for Human Rights, and his staff are the caretakers of the Anne Frank memorial. It’s the only one in the country. This is the second time it has been vandalized. In 2017, anti-Semitic graffiti over four consecutive nights led to nearly $20,000 worth of damage, Prinzing said.

“While this defacement didn’t cause significant damage, it was the where, the how, the premeditation,” he said. “We have always felt like the heart of the community, and this was a stab in the heart.”

The Wassmuth Center has decided to install security cameras following the acts of vandalism. The funds for the security system, which is expected to be around $5,000, would likely come from educational programs. But Russ Stoddard, founder and president of Oliver Russell, a local social impact branding firm, said that will not be necessary.

He is starting a crowdfunding effort to pay for the security cameras. He said he hopes to raise more than what is required. Any money leftover will go to the Wassmuth Center.

“I would have to think that will be an easy lift for the community, and the goal then is to surpass that so we can make a huge statement,” Stoddard said. “It’s more about the statement than it is about the money. Idaho supports human rights.”

One of the stickers left a message, “We are everywhere.” Prinzing and Stoddard said the community must come together to drown out that message.

“The stickers are proclaiming, ‘We are everywhere.’ We are going to own that narrative, that love and compassion are louder than the voices of division and hate,” Prinzing said. “While we cannot physically stand together, we can each stand up in our homes, our neighborhoods, places of worship, where we work, our schools, to stand up against injustice. It starts there.”

Dustin Jones is an intern with NPR’s News Desk.