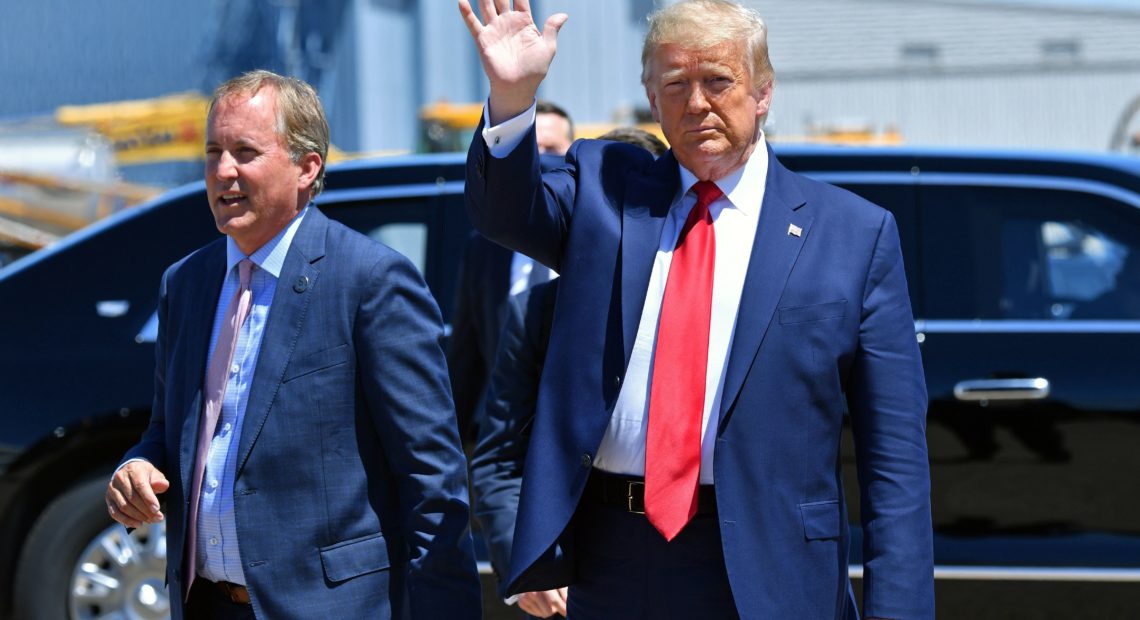 The court’s action came in a one-page order, which said the complaint was denied “for lack of standing.”

“Texas has not demonstrated a judicially cognizable interest in the manner in which another State conducts its elections,” the court wrote.

Justice Samuel Alito, joined by Justice Clarence Thomas, wrote that in their view the court does “not have discretion to deny the filing of a bill of complaint in a case that falls within our original jurisdiction.”

“I would therefore grant the motion to file the bill of complaint but would not grant other relief, and I express no view on any other issue,” Alito wrote. 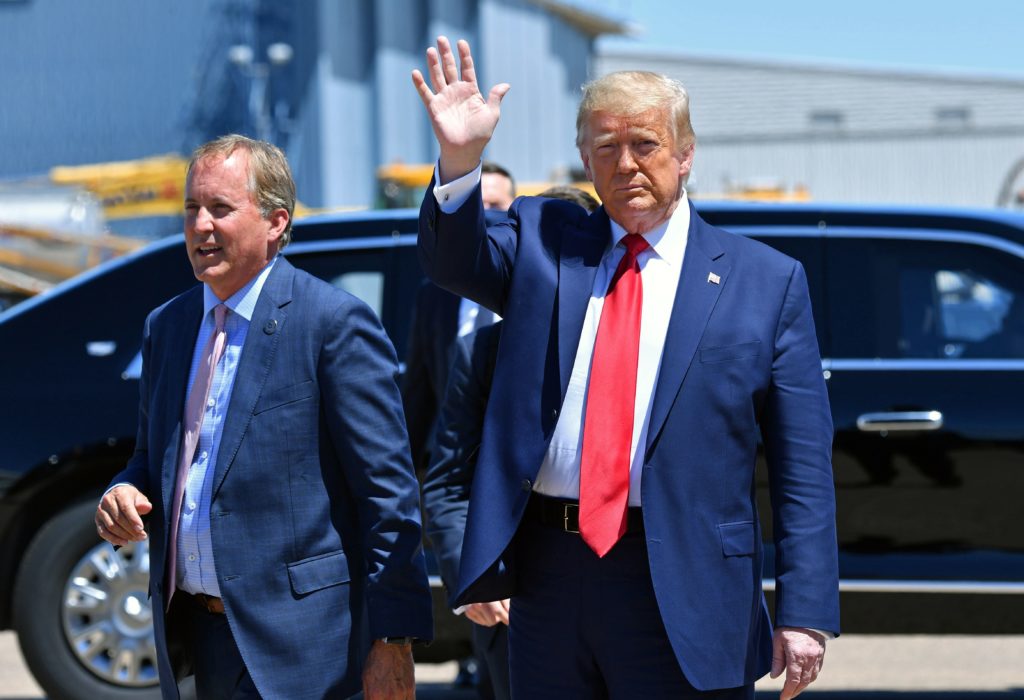 On Tuesday, Texas Attorney General Ken Paxton sued four states where Biden had been certified the winner: Georgia, Pennsylvania, Michigan and Wisconsin. The suit, filed directly in the Supreme Court, was styled as “an original” case, pitting one state against another.

Paxton claimed that the targeted states made changes to election procedures due to the pandemic that violated federal law. He alleged the changes enabled voter fraud. And he asked the Supreme Court to extend the Dec. 14 deadline for the Electoral College electors to cast ballots in those four states, contending more time was needed to allow investigations of the election results.

Paxton’s suit came in the face of repeated findings by state officials, including Republican state officeholders, certifying the results, as well as statements by U.S. Attorney General William Barr that the Justice Department did not find evidence of widespread fraud in this year’s election.

The Texas suit set in motion a cascade of legal motions at the high court. Not only did President Trump seek to join the Texas suit, so did 17 other states — all overwhelmingly won by Trump. More support would follow, including a brief filed by a majority of the GOP members of the U.S. House of Representatives.

Late Thursday the four targeted states struck back in briefs filed in the Supreme Court.

“Texas invites this court to overthrow the votes of the American people and choose the next president of the United States,” wrote Georgia Attorney General Christopher Carr, chairman of the Republican Attorneys General Association. “That Faustian invitation must be firmly rejected,” he said.

Pennsylvania was equally acerbic. “The court should not abide this seditious abuse of judicial process, and should send a clear and unmistakable signal that that abuse must never be replicated,” it said in its brief. And Wisconsin said the Texas bid “to nullify [Wisconsin’s] choice [for president] is devoid of a legal foundation or factual basis.”

It was unclear how or why Paxton, the Texas attorney general, decided to carry Trump’s water in the case. Especially since all four targeted states have Republican-controlled legislatures, and to date, both state and federal courts at lower levels, including Trump-appointed judges, have found the fraud allegations baseless.

The unprecedented nature of the Paxton suit, plus the fact that the state’s chief appellate lawyer, Kyle Hawkins, did not sign the Texas brief as he usually would do, has spurred speculation that Paxton is seeking a pardon. He is currently under indictment over securities fraud, and is being investigated by the FBI on bribery and abuse of power allegations.

Although the Supreme Court has jurisdiction over disputes between states, such cases are rare, and are almost exclusively confined to disputes that can’t be handled by other courts, such as those over borders or water rights.

Earlier this week, the Supreme Court rejected an effort to block Pennsylvania from certifying its election results in favor of Biden. Trump distanced himself from the legal blow and hitched his wagon instead to the Texas lawsuit, calling it “the case that everyone has been waiting for.”

Trump reportedly had conversations with some of the Republican attorneys general who were meeting this week in Washington, urging them to support the Texas lawsuit. And several news organization reported that Sen. Ted Cruz, R-Texas, had agreed to represent Trump in the event the Supreme Court had agreed to hear the case.

Initial reaction to the Texas suit, however, has been dismissive at best. Sen. John Cornyn, R- Texas, told CNN that he “frankly struggle[d] to understand the legal theory” of the suit, noting that election disputes in our system are “decided at the state and local level and not at the national level.”

The Texas suit had other problems. First was the question of legal standing. Essentially, how do Texas, or the states joining it, have legal standing to complain about the procedures for voting and counting votes in other states?

Next, the Texas lawsuit asked the Supreme Court to delay the vote in four targeted states, but as professor Edward Foley of the Moritz College of Law observed, the date for electors to cast their votes is set by federal law under the Constitution, which requires that the day “shall be the same throughout the United States.”

The date chosen by Congress this year is Dec. 14.

“This is a press release masquerading as a lawsuit,” he wrote.

“It’s too late for the Supreme Court to grant a remedy even if the claims were meritorious (they are not),” he wrote.

Benjamin Ginsburg, a longtime election law guru for the Republican Party, told CNN on Wednesday that he didn’t think “for an instant” that the Supreme Court would consider taking up the case.

That said, with three Trump appointees on the court, and a newly strengthened 6-3 majority of conservative Republican-appointed justices, the president apparently believed that the Supreme Court would view the case differently than did “election experts” and Republican officials in the targeted states.