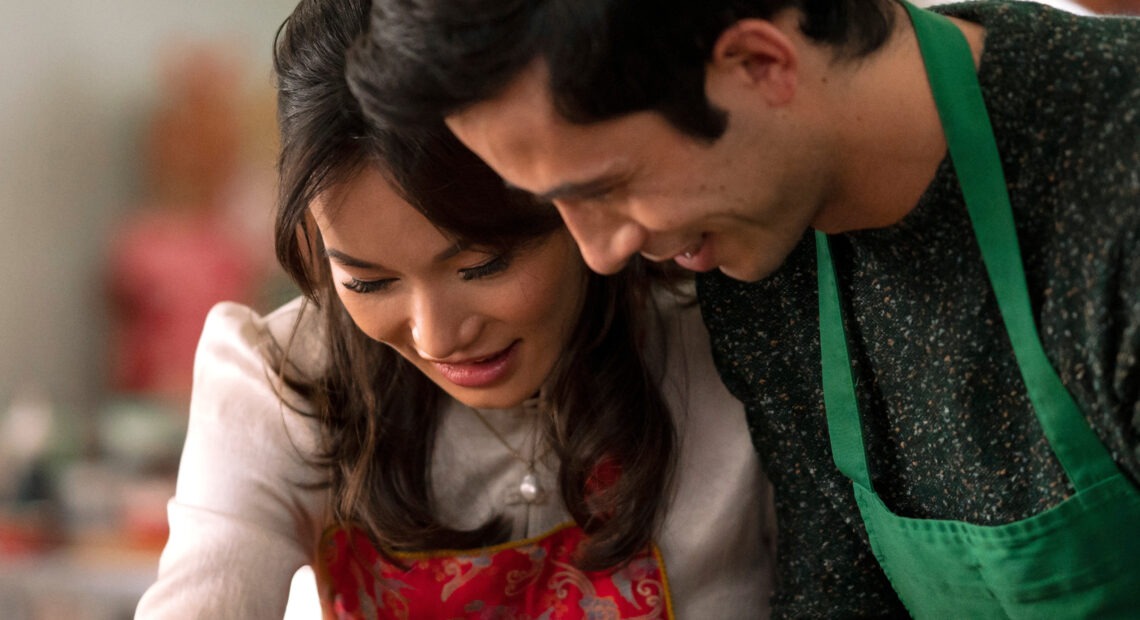 Christmas romantic comedies are known for cozy sweaters, roaring fireplaces, meaningful glances over cups of hot chocolate and stars who, until recently, looked like a bunch of models from a Land’s End catalog circa 1985.

Rare were the Christmas rom-coms with Asian, queer, Latinx or disabled characters. When Black characters started to show up, they generally played sidekicks — or they starred in family holiday movies, not the kind of Christmas rom-coms where Mom’s always there to help with a thorny relationship dilemma, the cider is forever mulled and not a single problem can’t be solved by declaring love under the mistletoe.

2020, of all the years, might be the one where all this decisively changed. It’s been happening for a while, but holiday rom-coms this year are centering like never before on characters who only slowly started appearing in these movies, at first in the margins. 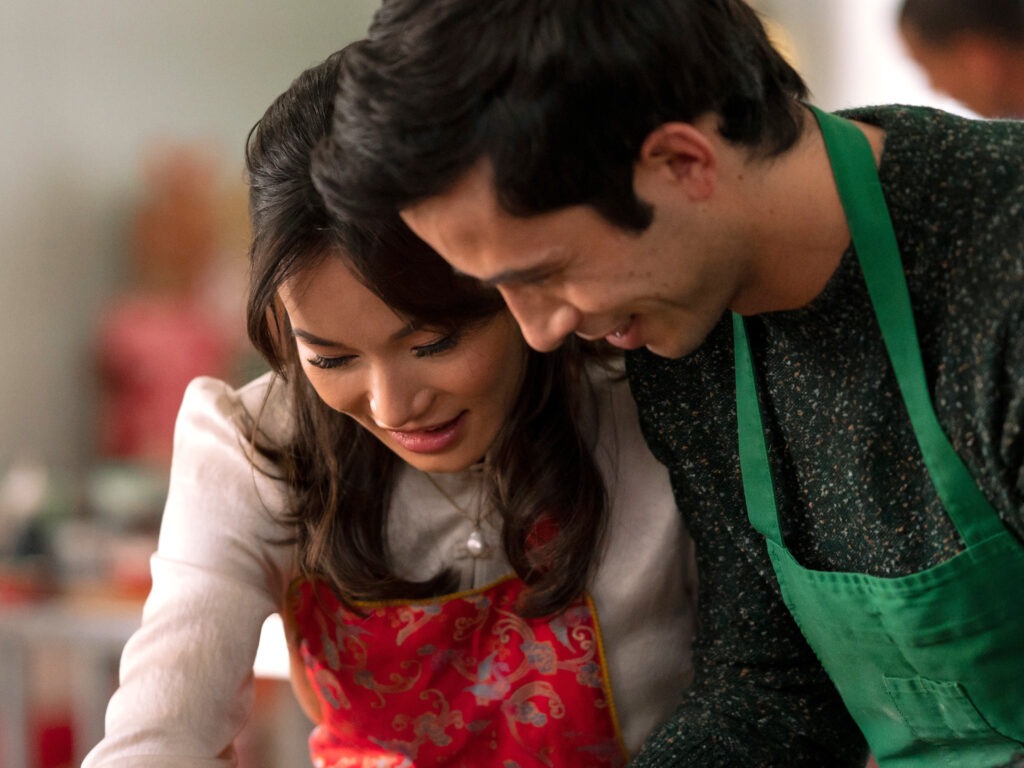 “People see themselves in our programming and feel welcome here,” explains Amy Winter, head of programming for Lifetime and Lifetime Movie Network. “We have over 20 diverse leads and over 80 diverse characters in the course of this premiere season. So, we’re doing pretty well.”

It should be said there’s a full-on Christmas rom-com arms race between Lifetime and the Hallmark Channel. This year, Lifetime premiered 34 original Christmas movies to Hallmark’s 40. (Last year, Lifetime gave us 19, Hallmark, 16.) Perhaps when there are so darn many Christmas movies, it’s easier to feature leads who are Asian American (A Sugar & Spice Holiday), gay men (The Christmas Set-up and The Christmas House) and wheelchair users (Christmas Ever After), as well as Latinx (Feliz NaviDAD, Jingle Bell Bride) and Black (too many this year to name!)

“Diversity among ‘people of color’ has been a priority for us for many years,” Allison Bennett told NPR in an email. She’s Crown Media’s vice president of corporate communications, which owns the Hallmark Channel. Both Hallmark and Lifetime have now established successful Christmas rom-com franchises with mostly Black casts: Christmas in Evergreen and the Merry Liddle Christmas series.

“Just put them in my veins. I’ll watch them back to back,” jokes Brittany Luse. Cultural critic and host of The Nod, Luse is also an unabashed Christmas rom-com fan who’s followed Black representation in these movies at least, she says, since The Preacher’s Wife came out in 1996, starring Denzel Washington (“couldn’t have been hotter”) and Whitney Houston (“at her most devastatingly beautiful.”) But she points out that movie denied its main characters the kind of happy ending rom-com lovers expect.

Since then, Luse says, these saccharine, cinematic bon-bons have become increasingly embraced in the mainstream. And while cheesy, they pack a cultural punch. Which may be partly why you see famous names like Kelly Rowland or Kristen Stewart showing up in the Merry Liddle movies and Happiest Season — the lesbian rom-com that happened to be Hulu’s biggest holiday hit this year. 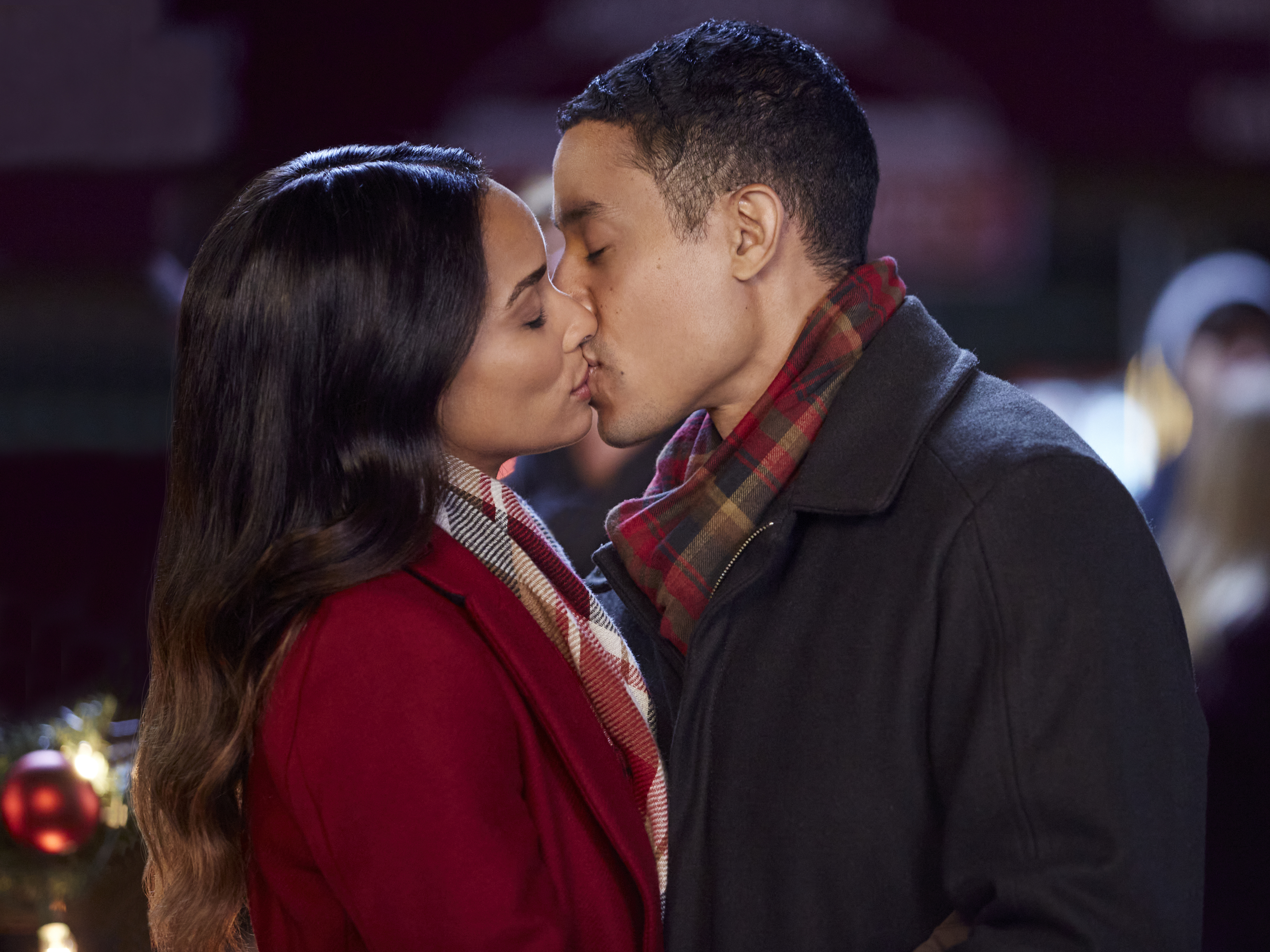 “We’re seeing that kind of progress and growth happening socioculturally among all kinds of marginalized people in so many areas of pop culture,” Luse observes. “But all of this is happening in a year when so many have evoked Breonna Taylor’s name, and things are — not good for so many marginalized people. As much as I enjoy these films, I can’t help but think we’re getting the most diverse slate of Christmas romantic comedies that the world has ever seen, but people who are living the reality of those identities on a daily basis are having a really hard time right now.”

Escapism is deeply human. While crying over silly peccadilloes in romantic comedies won’t save the world, it won’t hurt it either. During this horrible year, Luse admits to finding relief in such Christmas movies as The Princess Switch 2 on Netflix and The Christmas Aunt on Lifetime, starring Keshia Knight Pulliam — who a generation of fans remember as little Rudy from The Cosby Show — as an grown-up art curator falling in love with her handsome high school crush. (Luse: “Was Lifetime stalking me? Like, did they read my emails?”)

Lifetime’s Amy Winter says the network makes a point of not just sticking diverse actors in Christmas rom-coms without also hiring writers, directors and decision-makers who share their cultural perspectives. That said, there was one exception this year. Christmas Ever After stars an actress in a wheelchair. It was written for an able-bodied lead, but Ali Stroker — who’d just made history by winning a Tony for Oklahoma! — was beautiful, talented, charismatic and available. So, of course Lifetime hired her to play a romance novelist who finds love in a charming B&B in one of their 34 Christmas romcoms. 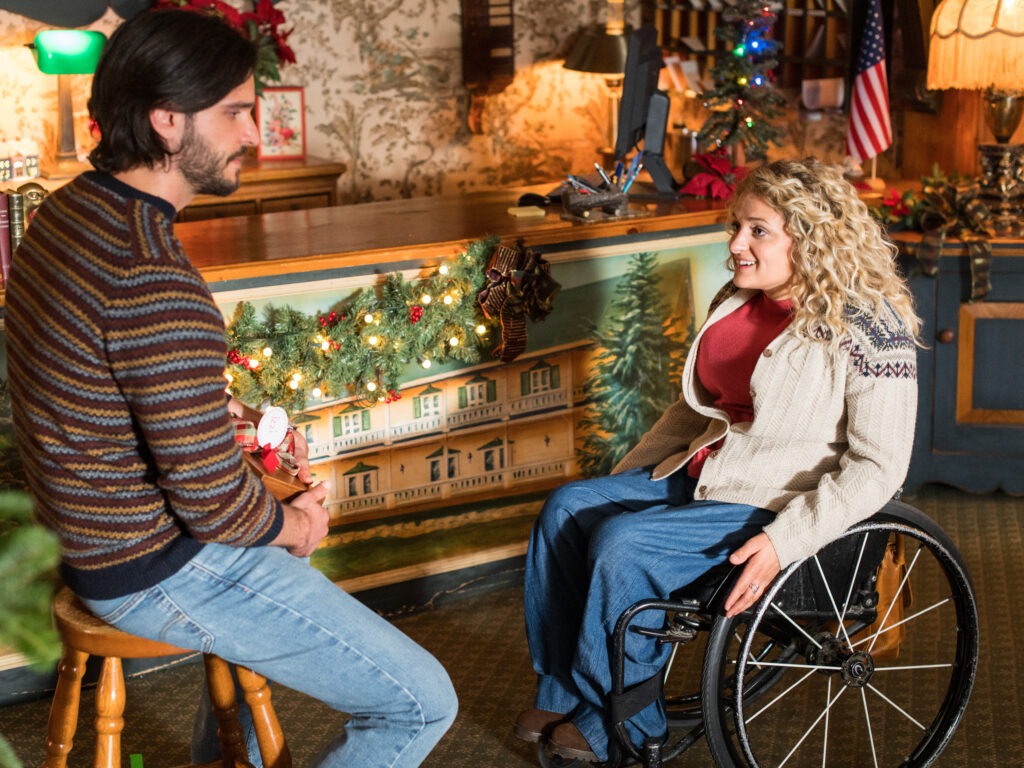 Ali Stroker and Daniel di Tomasso in Lifetime’s Christmas Ever After.
Courtesy of Lifetime