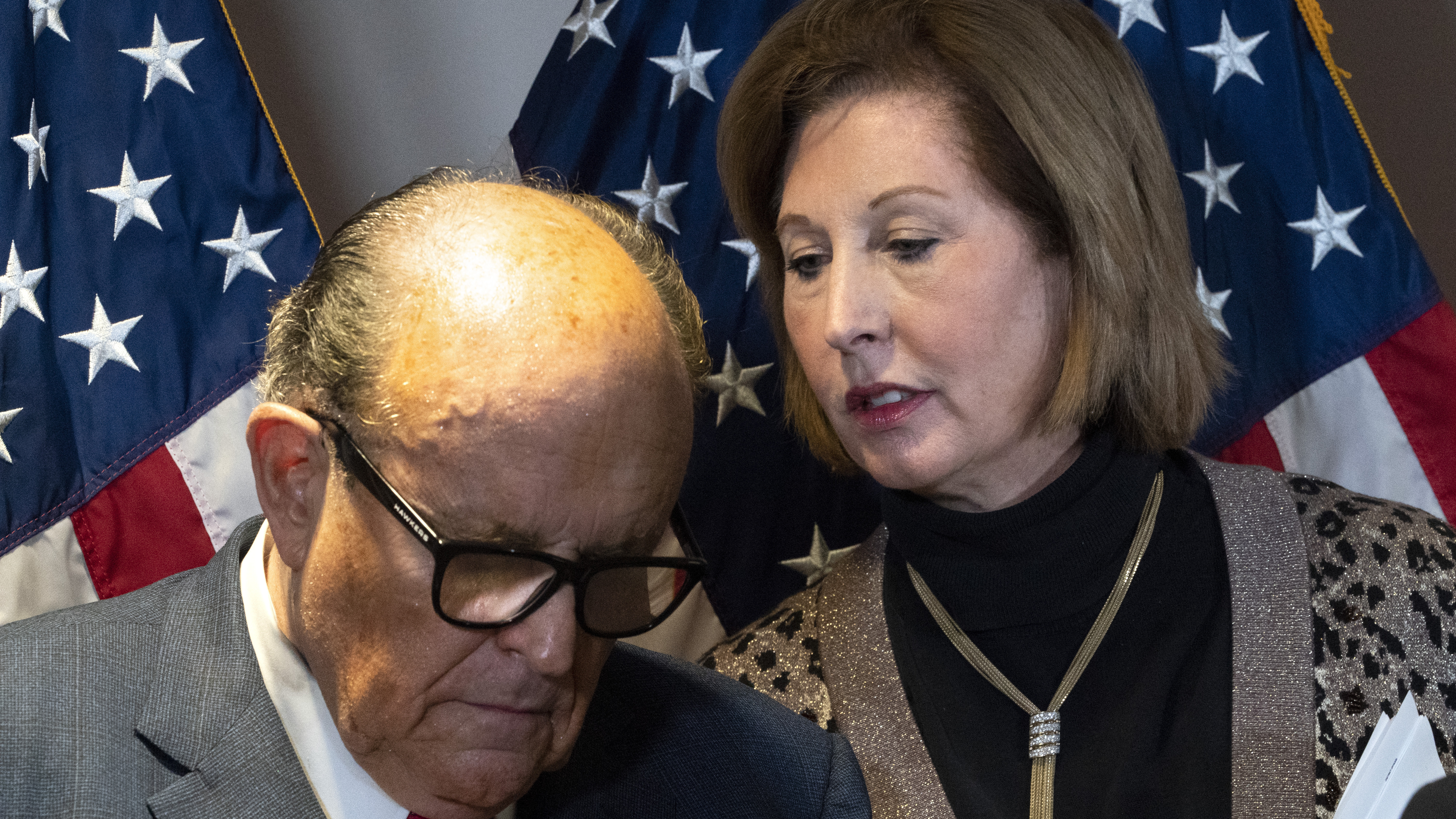 A version of this story was originally published by Colorado Public Radio.

A top employee of Dominion Voting Systems, who has gone into hiding after becoming the subject of conspiracy theories on the right since the election, is suing the Trump campaign, a number of campaign surrogates and pro-Trump media outlets, alleging defamation.

Eric Coomer, director of product strategy and security for the Denver-based company, has been baselessly accused of using his position to mastermind a high-tech plot to steal the election for President-elect Joe Biden. Biden’s victory has been certified in the states by officials of both parties with no evidence of widespread fraud or irregularities. 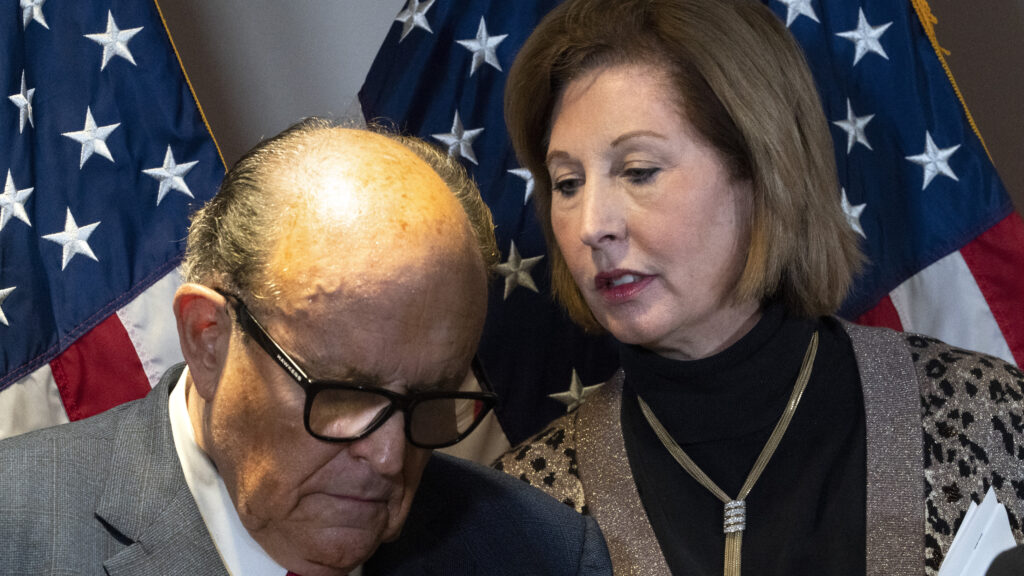 Rudy Giuliani, President Trump’s personal attorney, with lawyer Sidney Powell last month in Washington. They, the Trump campaign and others face a lawsuit by an employee of Dominion Voting Systems, a vendor that has been the subject of disinformation from Trump and his allies. CREDIT: Jacquelyn Martin/AP

The lawsuit says the claims made about Coomer have led to death threats, constant harassment and “untold damage to his reputation as a national expert on voting systems.” Coomer was forced to leave his home one week after the presidential election ended and move to a safe undisclosed location where he remains.

Among those being sued, along with the president’s campaign, are his personal attorney Rudy Giuliani and outside lawyer Sidney Powell, who has been spotted at the White House in recent days as the president has continued to look for ways of overturning the election, including a meeting with conservative lawmakers who are planning an ill-fated push to challenge state electors when Congress certifies their votes on Jan. 6.

Coomer is also suing figures in right-wing media, including the networks Newsmax and One America News Network, OANN reporter Chanel Rion, blogger Michelle Malkin and others.

“Today I have filed a lawsuit in Colorado in an effort to unwind as much of the damage as possible done to me, my family, my life, and my livelihood as a result of the numerous false public statements that I was somehow responsible for ‘rigging’ the 2020 presidential election,” Coomer said in a statement announcing the lawsuit.

“The widespread dissemination of false conspiracy theories about the 2020 presidential election has had devastating consequences both for me personally and for many of the thousands of American election workers and officials, both Republican and Democratic, who put aside their political beliefs to run free, fair, and transparent elections. Elections are not about politics; they are about accurately tabulating legally cast votes,” Coomer said.

Dominion Voting Systems provides election equipment and software to 28 states, including the majority of the equipment used in the swing states on which President Trump has focused most of his post-election ire. The company has also started to take legal action against its detractors; it recently demanded that Powell retract baseless claims about the company and its voting systems.

Coomer said the allegations against him began with a conservative Colorado activist and podcaster, Joe Oltmann, who is also named in the suit. Several days after the election Oltmann said that he’d infiltrated an earlier call with Denver-area antifa members and heard a man identified as “Eric from Dominion” say he would make sure Trump wouldn’t win the election. According to Oltmann, the man said, “Don’t worry about the election. Trump is not going to win. I made effing sure of that.”

Oltmann has never provided a recording of that call, but the allegation spread rapidly through right-wing social media, making its way to pro-Trump media outlets now included in the lawsuit.

Coomer said that conversation never took place and that he has no association with left-wing groups.

“I have a personal political opinion. I may share that with friends and family, but I have never participated, or belonged to, any political groups, political action groups, social justice groups. I do not donate to political campaigns. I don’t donate to any PACs or anything like that,” he told CPR News.

In addition to his own information, Coomer said the personal addresses of everyone from his parents and siblings to his ex-girlfriends have been posted online. Some have also received threatening letters.

He said he’s hopeful this lawsuit will help him reclaim his personal and professional reputation, “While I intend to do everything I can to recapture my prior lifestyle, I have few illusions in this regard.”