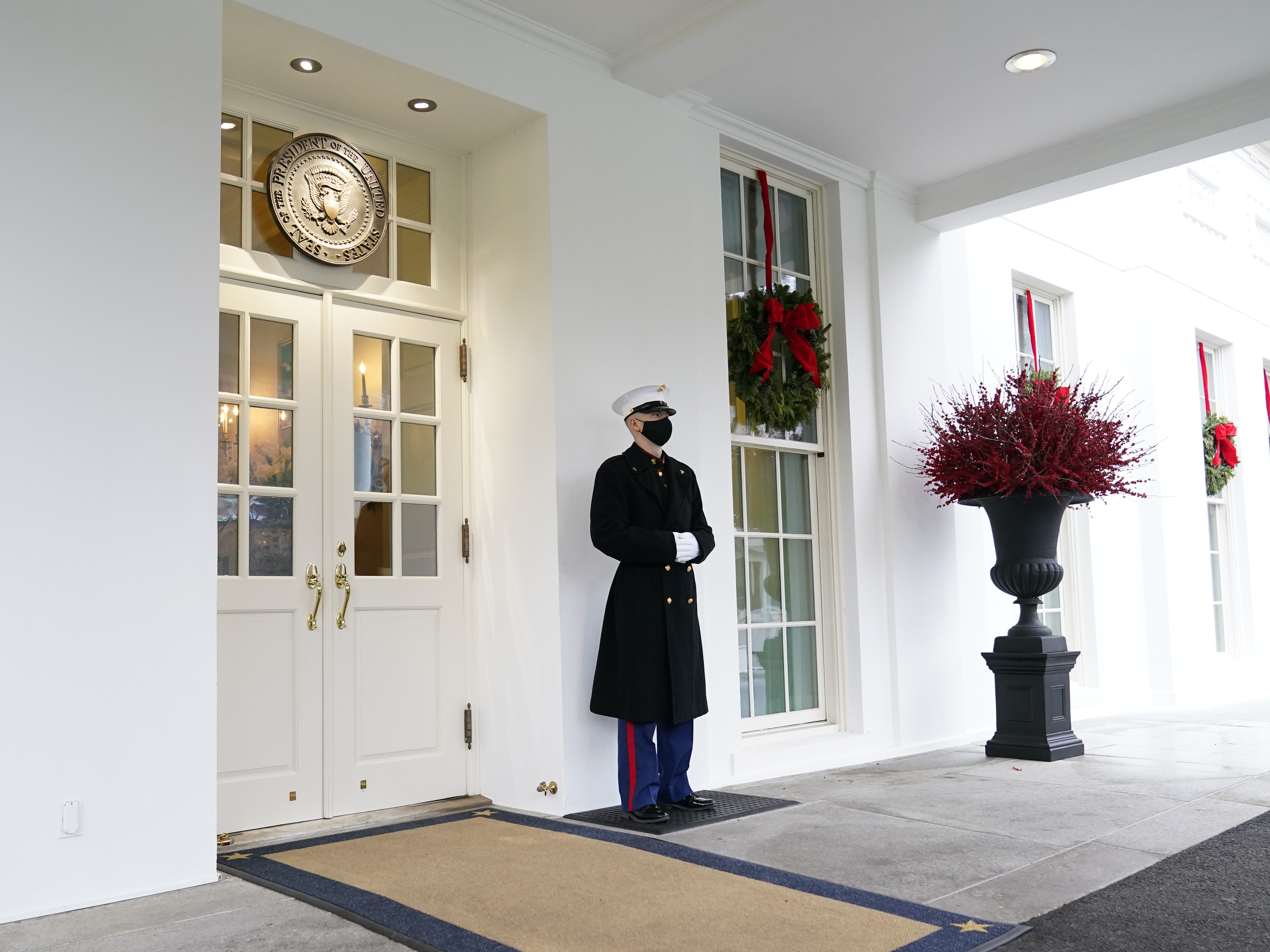 President Trump granted clemency to 20 people on Tuesday ahead of the Christmas holiday.

Among the high-profile pardons are former Rep. Duncan Hunter, who pleaded guilty to misusing campaign funds, and George Papadopoulos, a former campaign adviser who was charged in connection with special counsel Robert Mueller’s Russia investigation.

A marine stands outside the West Wing of the White House earlier this week. President Trump has been lobbied by advocates to use his powers to grant pardons and commutations ahead of leaving office.
CREDIT: Susan Walsh/AP

The move comes as activists have lobbied Trump to use his executive powers to help prisoners who are serving what they view as unduly long sentences.

Before this latest batch, Trump had issued 28 pardons and 16 commutations during his time in office.

Presidents traditionally have granted a large number of pardons and commutations before leaving office, especially when dealing with controversial cases. Trump is expected to follow that path, but he has not shied away from granting clemency in high-profile cases, even early on in his presidency.

While Trump has pardoned a number of politically connected allies, he has also intervened in the cases of some people caught up in the war on drugs – those hit with the mandatory minimum sentences often blamed for the exploding prison population in the past few decades.

Clemency advocates have pressed Trump to act on more of these lesser-known cases.