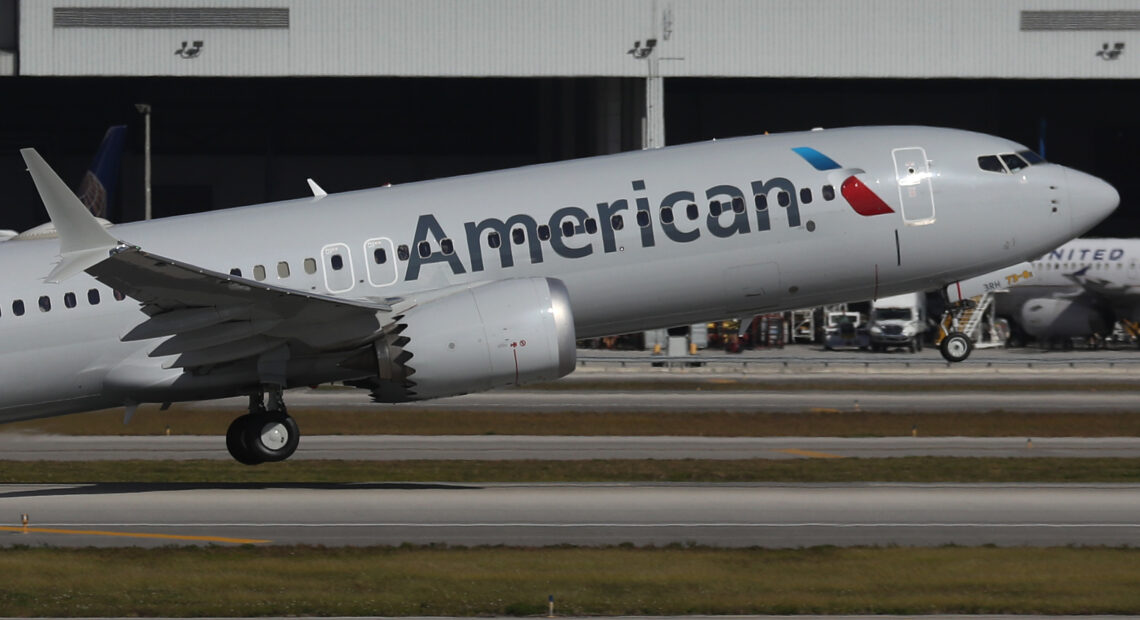 A Boeing 737 Max carried paying passengers on a U.S. flight Tuesday for the first time since March of 2019, as American Airlines put the aircraft back in service. The planes had been grounded worldwide after two deadly crashes highlighted safety problems.

American Airlines Flight 718 took off from Miami around 10:40 a.m. ET, heading to New York’s LaGuardia Airport, according to aviation tracking site Flightradar24.com. The plane landed ahead of schedule, shortly after 1 p.m.

The airline is the first U.S. carrier to return Boeing’s jetliner to passenger use — a move it announced in November, when the Federal Aviation Administration cleared the way for the 737 Max to return to commercial flight. In response to the FAA move, airlines in Brazil and Mexico put the plane back into service earlier this month. 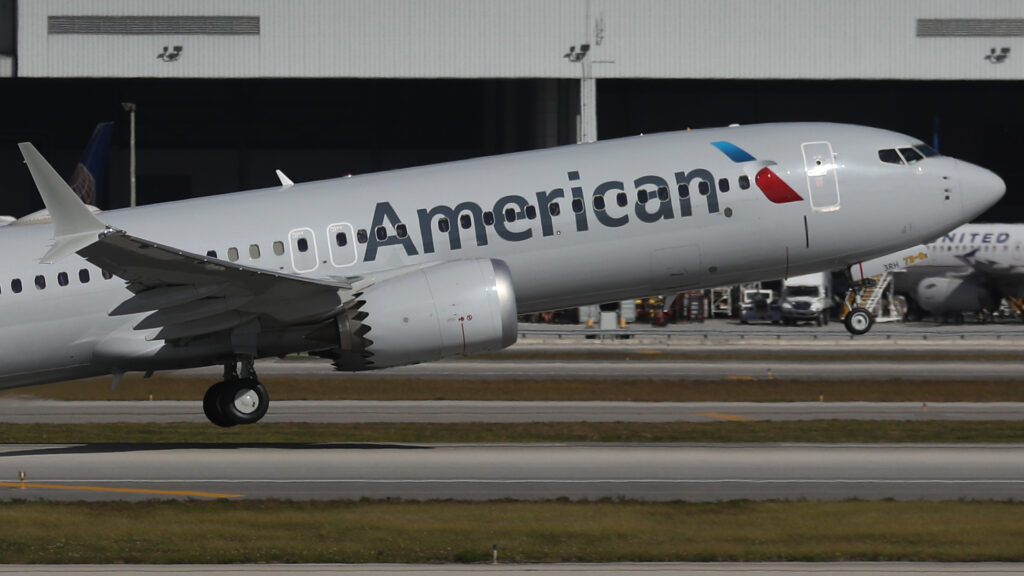 American Airlines Flight 718, a Boeing 737 Max, takes off from Miami International Airport on its way to New York on Thursday — the plane’s first commercial flight in the U.S. since it was allowed to return to service. The 737 Max was grounded worldwide after two crashes due to a faulty flight system. CREDIT: Joe Raedle/Getty Images

The jet was grounded for some 20 months, after crashes in Indonesia and Ethiopia killed a total of 346 people. Investigators found that the pilots of both jets were unable to control them shortly after takeoff, as a flawed flight control system forced the nose of the 737 Max back down toward the ground.

American says it will accommodate any passengers who are worried about flying on the aircraft.

“If a customer doesn’t want to fly on a 737 MAX aircraft, they won’t have to,” the airline says. It’s offering reluctant passengers several other options, such as rebooking on the next flight without a fee, changing their itinerary to another airport – or simply canceling their trip in exchange for credit toward future travel.

Boeing has admitted knowing about problems with the 737 Max before deadly crashes brought the aircraft’s safety issues to light. A recent congressional report faulted both the aviation company and the FAA for playing “instrumental and causative roles” in disasters that killed hundreds of people. Boeing was called out for making technical and management mistakes, while the FAA was criticized for botching its oversight duties.

Southwest, another U.S. airline with a large fleet of 737 Max jets, said on Tuesday that it’s still holding off.

“The Max has not been added to our schedule for 2021 yet, so we don’t have details regarding where it will fly initially once it returns to service,” a Southwest representative told NPR.

For the next several days, American will use the 737 Max for two flights each day, providing roundtrip service between Miami and New York City. Starting next week, more aircraft will gradually be added to the schedule.

“We are taking a phased approach to return the Boeing 737 Max to service,” the airline said in a note to NPR.

American says it will build up to as many as 38 departures each day through mid-February. After that date, it plans to use the 737 Max for up to 91 daily departures.