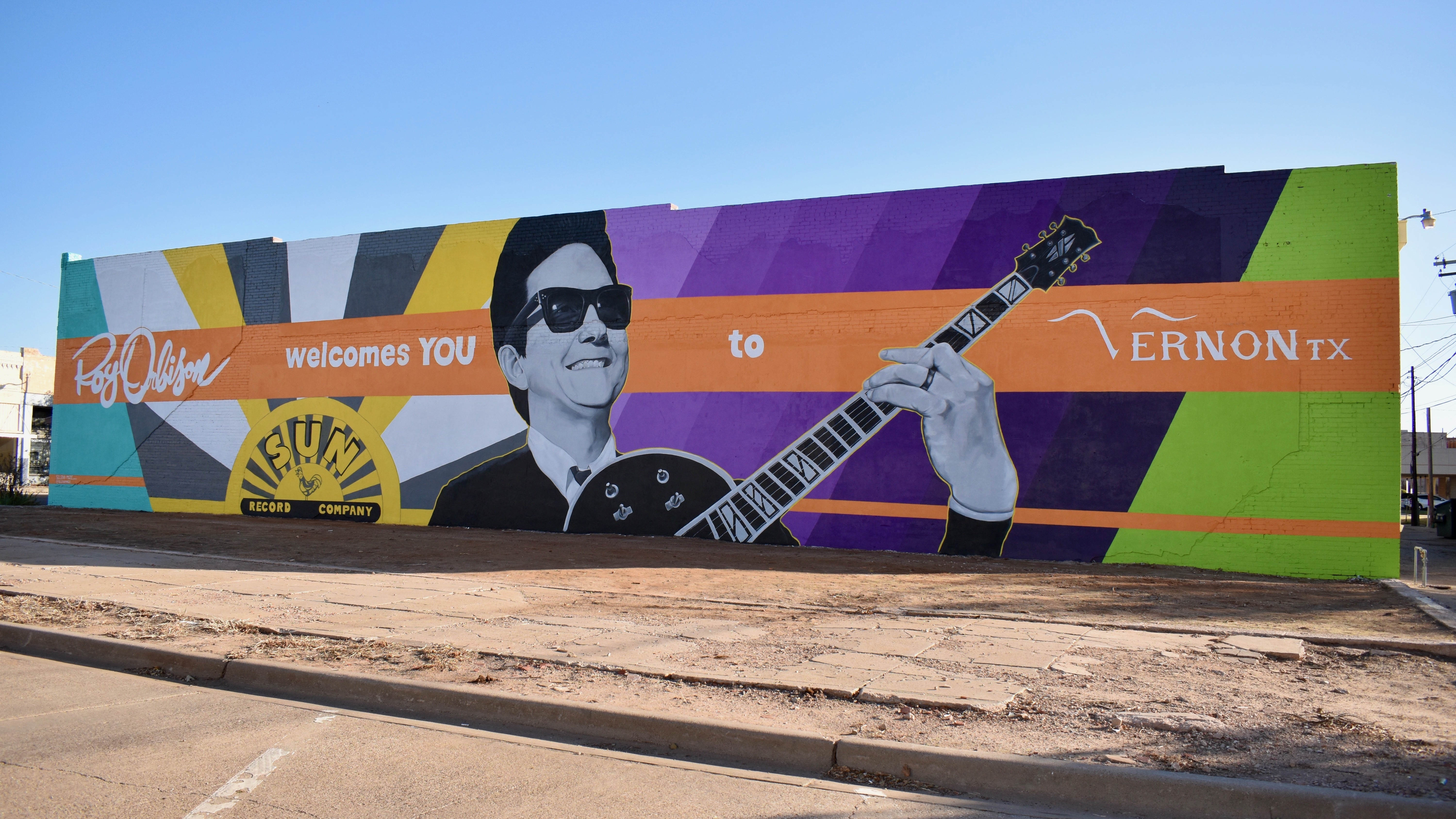 A Biden Cabinet Secretary For Arts? Advocates Are Hopeful

Arts and culture make up a huge, $877 billion industry that generates more than five million jobs across the country. But the amount of federal funding for the arts is tiny when compared with smaller industries like agriculture — so what are arts organizations hoping for under the Biden administration?

The National Endowment for the Arts gives grants to organizations across the country — from big ones like Lincoln Center and NPR to small ones like the Wichita Falls Alliance for Arts and Culture. “West Texas Wichita Falls. We’re not in Kansas,” says executive director Margie Reese, who adds that her group used one of their NEA grants to commission regional artists to make murals in economically distressed areas.

For Vernon, Texas, 25 year old Selena Mize painted musician and native son, the late Roy Orbison. It was a name Mize didn’t know — until Reese played her one of his songs, “Pretty Woman.”

“At first I didn’t know that was Roy Orbison,” Mize laughs. “I thought it was Elvis Presley.” She says growing up she heard both singers while listening to music with her father and grandparents. Her mural shows Orbison with his trademark dark sunglasses, playing his guitar. She says the attention she got for the work was life-changing. “The community was very excited and open about it, and it’s just something I would never forget.” 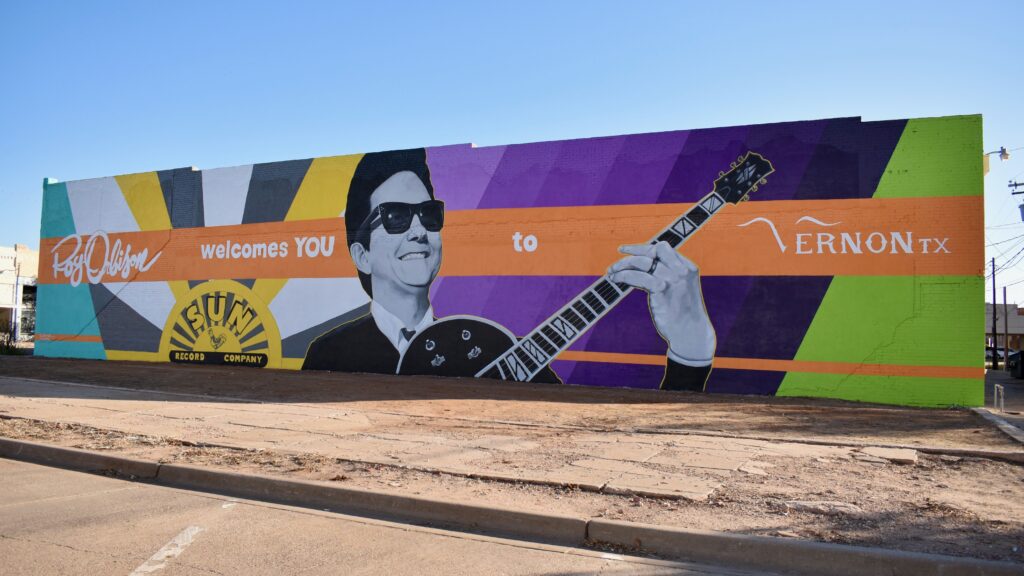 “This bright, sunshiny mural is bringing pride back to Vernon, Texas,” Reese says. “The power of visual arts to bring a community back to life — this is what our attempt was with that mural.”

When it comes to government support of the arts, Reese is a veteran, having worked in the cultural affairs departments in Dallas and Los Angeles. She’s seen presidents and NEA chairs come and go. “When you have a change in administration and a shift in philosophy about arts funding,” she says, “the entire field begins to worry about what’s going to happen, how is this change going to affect us?”

“Steady” is the word Reese uses to describe federal arts funding under President Trump. Even though each of his budgets proposed eliminating the arts and humanities endowments — as well as the Institute of Museum and Library Services — Congress rejected the cuts.

“There’s a lot of love for libraries and for museums inside the Beltway,” says Crosby Kemper, who was the Trump administration’s pick to head the IMLS. Like the endowments, the Institute distributes grants, conducts research and helps shape policies that affect museums and libraries. Even though Republicans often talk about cutting funding for the arts, Kemper points out that all three budgets have increased slightly over the last three years: “I think you have to look at what actually happens, and what actually happens for the IMLS, the NEA and the NEH is they have a lot of support in the political world — and including inside the administration.”

But for actor Kal Penn, Trump’s rhetoric has been damaging to the arts. Penn was appointed by President Obama to the President’s Committee on the Arts and Humanities, an advisory group founded in 1982. He had planned to stay on, but after Trump’s handling of the deadly white supremacist rally in Charlottesville, he and everyone else on the committee resigned.

“The President’s Committee on the Arts and Humanities was then never relaunched under the Trump administration, just to show you that it really wasn’t a priority at all,” he says.

Penn says he wants to see the Biden administration give the Endowments an “astronomical increase.”

“I think it’s important now more than ever to be bold,” he says, noting that the arts benefit education, innovation, mental and emotional health. Plus, he says, it’s a good investment.

“When you say, ok, well, why did you spend all this money to save this theater — yes, you’re saving the theater, and maybe you’re saving the 500 jobs that the theater provides for the local community, but you’re also then saving the restaurants that people go to the night of the show,” he says. “You’re saving the hotels that the visiting artists stay at. You’re saving, you know, the the parking facility. And it may sound like very little, but when you when you start to multiply that by the numbers of businesses like this that exist around the country, you can see why investing in in the arts really makes economic sense.”

Earlier this year, the Bureau of Economic Analysis and the National Endowment for the Arts released a report that said the arts contributed 4.5 percent to the country’s GDP in 2017. That’s more than agriculture and transportation. Arts advocate Charles Segars, head of the Ovation TV network, says it’s time for the arts to be taken just as seriously by the White House, by creating a cabinet level Secretary of Arts and Culture.

“It centralizes, in the positive sense of the word, all of the leverage of the United States government. Remember, you have arts pockets throughout the Department of State, Department of Defense. Even Transportation and Agriculture has a taste of that, of arts programs that they help support.”

Segars says the Cabinet-level position would also handle intellectual property rights and exports. Years ago, music producer Quincy Jones tried to get Obama to create a Secretary of Arts; it never happened, but Segars says he thinks it’s a realistic goal. “I think it’s going to take time,” he says, “but we all have to talk about it.”

Crosby Kemper of the IMLS says he can’t predict what the next administration will do, but he thinks Biden’s personality points in that direction. “I’d say the first and most important thing is that he’s a great lover of Irish poetry and therefore a clearly a civilized man.”

The Biden transition team did not respond to requests for comment.

This story was edited for radio by Rose Friedman, and adapted for the Web by Petra Mayer