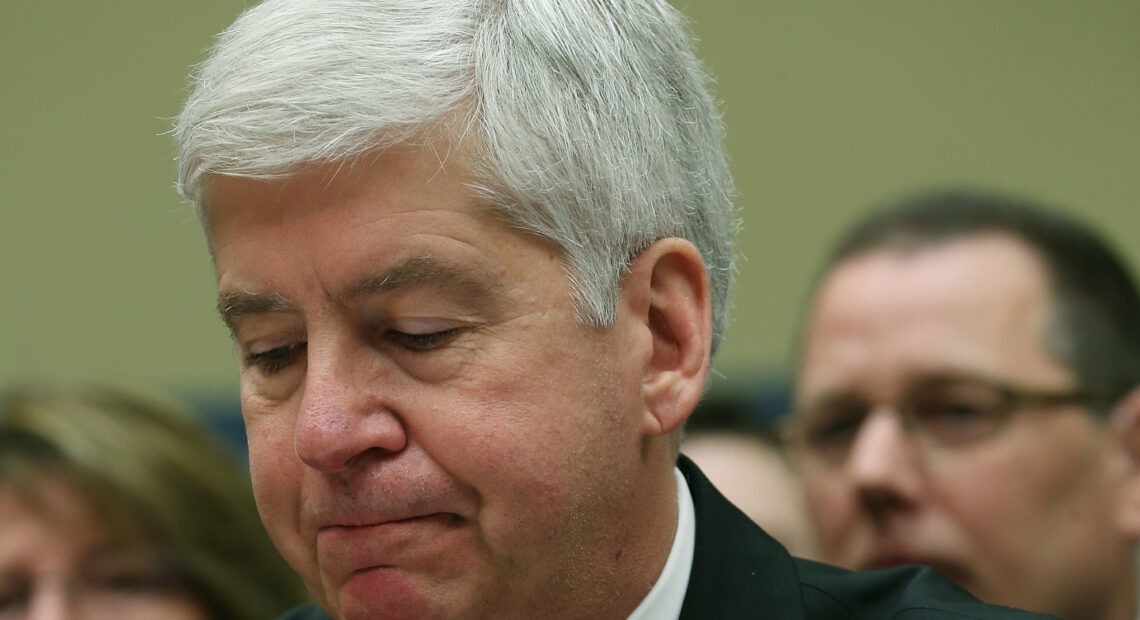 Former Michigan Gov. Rick Snyder was charged Wednesday for his role in the Flint water crisis, an environmental disaster that contaminated the majority Black city’s drinking water with lead nearly seven years ago.

Snyder is facing two counts of willful neglect of duty and if convicted he could face up to a year in prison and as much as a $1,000 fine.

Other former members of his administration are expected to face charges as well, according to the Associated Press. 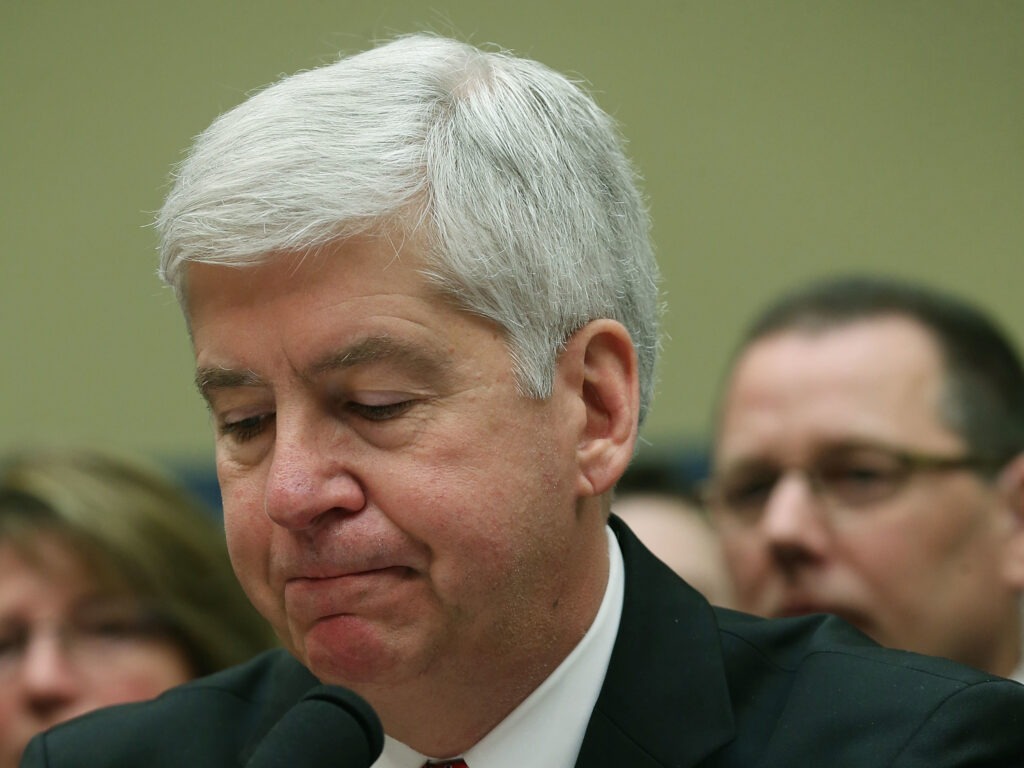 Earlier this week, as reports began to surface that charges were looming, an attorney for Snyder referred to them as “a politically motivated smear campaign,” according to the Detroit Free Press.

Snyder, a Republican, was Michigan’s top executive when state-appointed officials decided to switch the city’s drinking water source from Detroit’s water system to the Flint River in 2014.

It stems from a decision billed as a way to save money and only supposed to be a temporary fix while officials built a pipeline to nearby Lake Huron. But it turned out to be costly, both in lives lost and in a settlement worth hundreds of millions of dollars.

The deal “puts the needs of children first,” she said during the August announcement.

Young people were especially vulnerable, at risk of suffering long-term cognitive challenges and other health issues from being exposed to lead contamination in the water.

As NPR’s Bill Chappell reported at the time the settlement indicated that nearly 80% of the funds were earmarked to resolved claims filed on behalf of children and minors.

The remaining portion of the settlement is expected to be divvied up among other Flint residents who fell ill from the contaminated water or suffered property damage, Michigan Public Radio reports.

But a U.S. District Court judge is expected to soon rule on whether to give the settlement preliminary approval, MPR reports.

The station adds not everyone is happy with the settlement. That includes John McClain, a pastor, who characterized the proposed settlement as “disrespectful,” because he said there are too many roadblocks for residents to access the money and it doesn’t provide enough to cover damages.

“We believe the proposed settlement as currently allocated is just as disrespectful as the injury caused by the water crisis tragedy itself,” McClain told MPR.

At least dozen people died and more than 80 people were sickened with Legionnaires’ disease after water from the Flint River caused lead to leach from old pipes, poisoning the water system city.

Soon after the switch, residents began to complain that the new water in their homes had a foul stench, tasted different and was discolored, according to an MLive report from May 2014, a month after the change in water sources.

Officials with the Michigan Department of Environmental Quality told Flint city officials they did not need to use any corrosion control measures to treat the river water, at least not initially, Michigan Public Radio reported in December 2016.

The “wait-and-see approach was a really bad idea,” experts told MPR, because without the necessary treatment “the protective coating on the inside of the pipes that built up over the years from Detroit’s water likely disappeared. And that’s what caused lead levels to spike in many homes in Flint.”

Snyder, who has been out of office for two years, apologized for his role in the environmental debacle during his 2016 State of the State address.

“Your families face a crisis, a crisis which you did not create and could not have prevented,” Snyder said. “I want to speak directly, honestly and sincerely to let you know we are praying for you. We are working hard for you and we are absolutely committed to taking the right steps to effectively solve this crisis. To you, the people of Flint, I say … I’m sorry and I will fix it.”

More than a dozen state and city officials were indicted for their roles in the crisis. Several of them accepted plea deals to avoid prison time.

In June of 2019 Nessel announced that state prosecutors were dropping all criminal charges against a group of eight government officials, and moved to launch a more expansive investigation.

“I want to remind the people of Flint that justice delayed is not always justice denied and a fearless and dedicated team of career prosecutors and investigators are hard at work to ensure those who harmed you are held accountable,” Nessel said in a statement at the time.