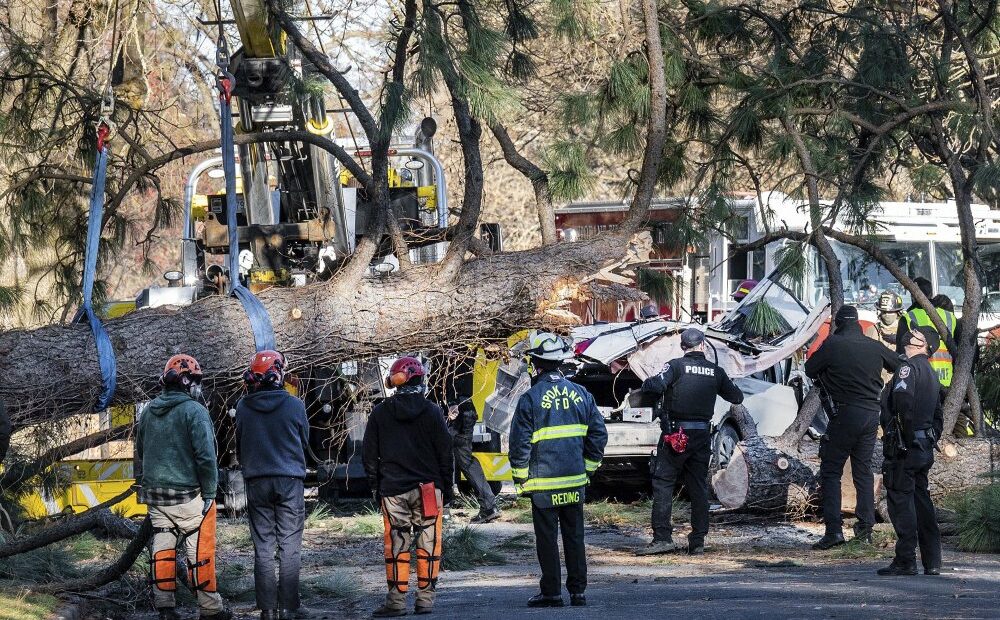 A powerful wind storm rolled through the Pacific Northwest Tuesday night through Wednesday afternoon, causing the deaths of at least two person and leaving a trail of damage — including a highway shut down after a landslide and a tractor-trailer that was nearly blown off a bridge. More than 500,000 people lost power.

The first known death happened in Spokane, when a woman in her 40s died after a tree fell on her car and trapped her inside, city Fire Chief Brian Schaeffer said. In Oregon, authorities said Jennifer Camus Moore, 50, was driving a vehicle believed to be swept away in a vehicle after a landslide hit Interstate 84, authorities said.

Another person was killed in North Idaho when a tree came down a hillside near Lake Coeur d’Alene. The Idaho State Police said the tree hit the truck of 59-year-old Jon Snider. He drove over an embankment off the highway and toward the lake near Beauty Bay.

Winds reached gusts 50 to 70 mph  in parts of the Puget Sound region as the storm blew through on the tail end of several inches of rain that left the ground saturated and conditions ripe for trees to fall, KOMO-TV reported. 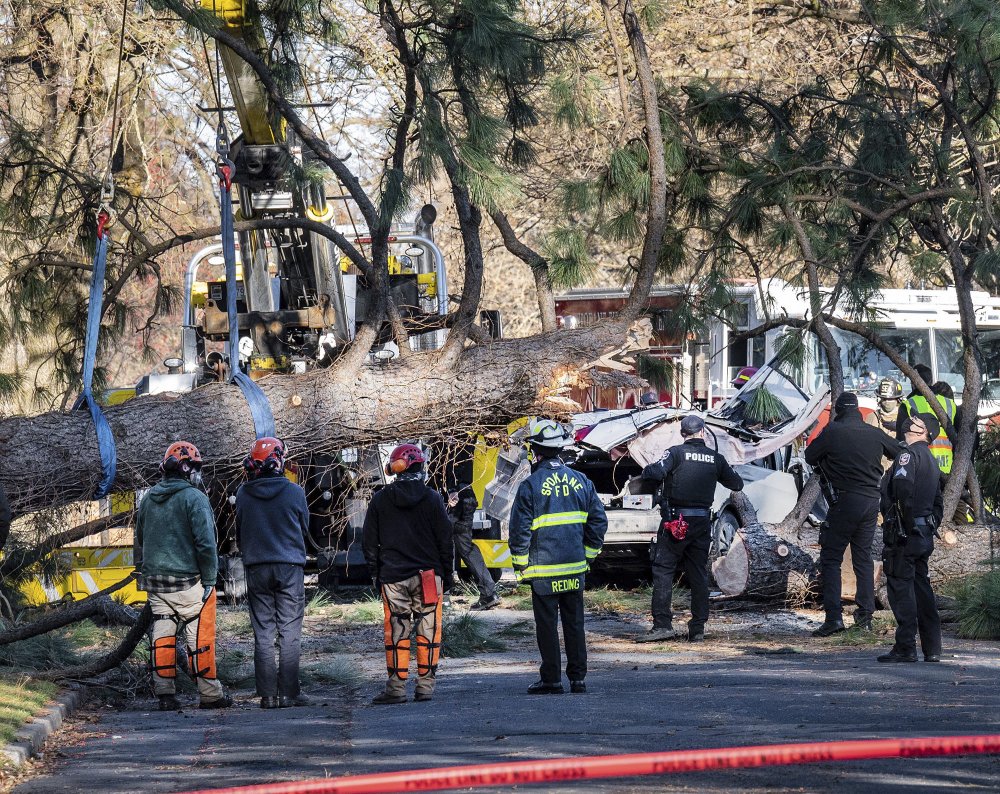 Crews remove a large ponderosa pine that fell on a vehicle, killing a woman during a windstorm Wednesday, Jan. 13, 2021 in Spokane, Wash. CREDIT: Colin Mulvany/The Spokesman-Review via AP

The scene was reminiscent of November 2015, when 70-mile-per-winds battered the Inland Northwest, causing severe damage and causing at least four deaths. (Two died by tree-caused impacts, while two others died of other causes related to the fallout of the storm.) Many neighborhoods around Spokane, including the evergreen tree-heavy South Hill were without power for multiple days, some up to a week, in 2015. Some of the same neighborhoods and houses were hit again by Wednesday’s storm.

As of early Wednesday, Seattle had received 20% of its normal annual rainfall, according to the National Weather Service.

High winds blew down trees across the greater Spokane region. Avista, a Spokane-based utility, reported that more than 70,000 customers were without power Wednesday morning. About 430,000 customers elsewhere in Washington state and in Oregon also lost electrical service, officials said.

In Oregon, residents of the small community of Dodson were told to evacuate after the National Weather Service issued a flash flood warning Wednesday morning, KOIN-TV reported.

The weather service told residents to call friends in the area to wake them up and tweeted that the situation has been “deemed too dangerous to send in rescue crews.”

Near Dodson, part of Interstate 84 was closed after the landslide spilled onto the freeway before dawn.

The missing person was believed to have been driving a car that was swept away in the debris flow, according to the Multnomah County Sheriff’s Office.

The landslide was estimated to be 10 feet (3 meters) deep in some areas and too dangerous for search and rescue crews. Heavy machinery was being brought in to clear the debris, officials said.

Several rivers began overflowing their banks in Oregon, and a tractor-trailer in Washington state blew over amid heavy wind gusts as it attempted to travel over the Deception Pass Bridge north of Seattle, officials said. Part of the truck was left dangling over the edge of the bridge, but the driver escaped unharmed. 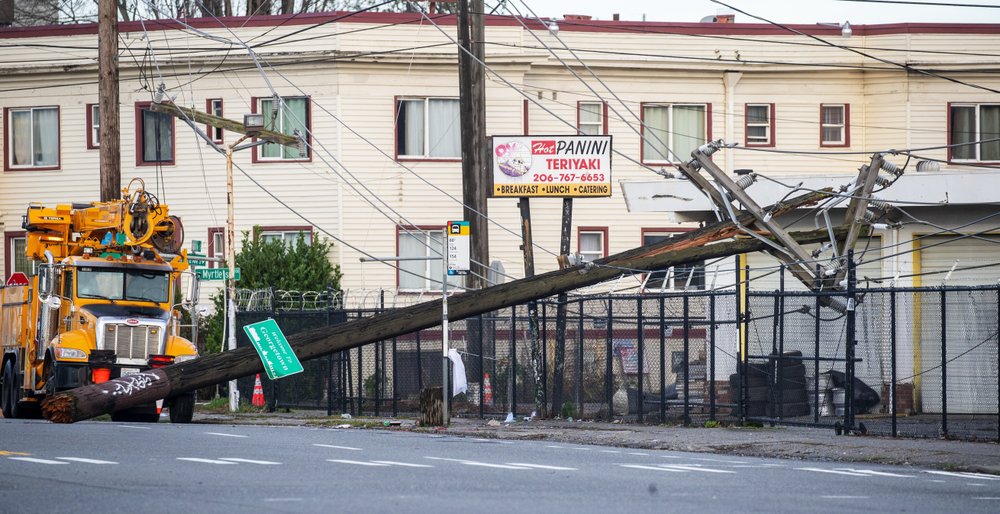 “I just passed the middle of the bridge and a gust of … I don’t know how bad … just picked up my trailer and my truck and just pushed it against the guard rail,” trucker Jeff Myles told KOMO NewsRadio. “I slammed on my brakes, and I just laid over the guard rail. It tilted about 3 feet each way.”

Myles said his cab was leaning over the edge of the bridge, and he couldn’t open his door.

“I could look down at the water (out my window), so I wasn’t going to open THAT door,” he said.

Multiple school districts in Oregon were also closed for online learning or significantly delayed because of internet outages that prevented students from logging on to class.