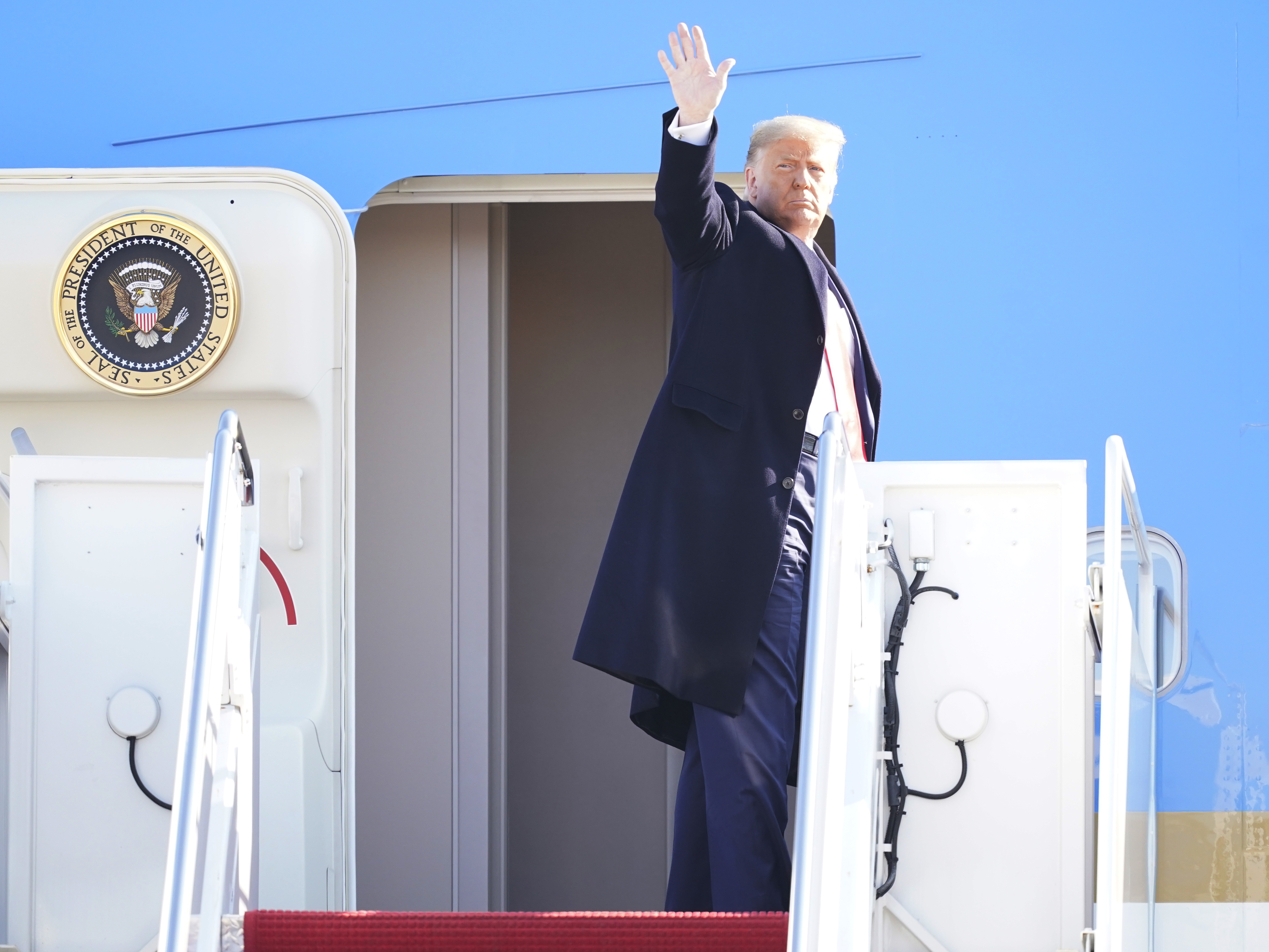 On Joe Biden’s Inauguration Day, Donald Trump Will See Himself Out

President Trump plans to leave the White House and Washington on Inauguration Day with a departure ceremony at Joint Base Andrews, a senior administration official said on Saturday, speaking on condition of anonymity because the announcement is not yet official.

Trump — who has not congratulated President-elect Joe Biden for winning the election, nor conceded that his loss was legitimate — is the first president in modern history to skip the swearing-in of his successor.

President Donald Trump waves while boarding Air Force One at Joint Base Andrews before a Jan. 12 trip to Texas. He’s planning a departure ceremony there on Wednesday, while skipping the traditional send-off at the Capitol. CREDIT: Manuel Balce Ceneta/AP

Trump fought the results of the election and was impeached by the House of Representatives last week for inciting his supporters to storm the Capitol while Congress certified Biden’s win. He had already announced on Twitter – just before he was banned from the platform – that he would not be going to Biden’s inauguration. Biden said afterward that “it’s a good thing, him not showing up.” Vice President Pence plans to attend.

The Inauguration Day event at the U.S. Capitol is considered as one of the abiding symbols of the peaceful transfer of power, with the outgoing president and other former living presidents sitting on the rostrum with the incoming administration.

Normally, the outgoing president is then seen off by his successor, taking a helicopter from the Capitol to the military base just outside of Washington, D.C., which is home to Air Force One and other official government and military aircraft. Recent past presidents have made brief remarks to staff and supporters before flying out of town.

Details of what Trump’s departure ceremony will entail or what time it will take place were not immediately available. After the departure ceremony, Trump – who is president until noon ET on Wednesday — is expected to fly one last time on Air Force One to Palm Beach, Fla., where he plans to live at his Mar-a-Lago club.