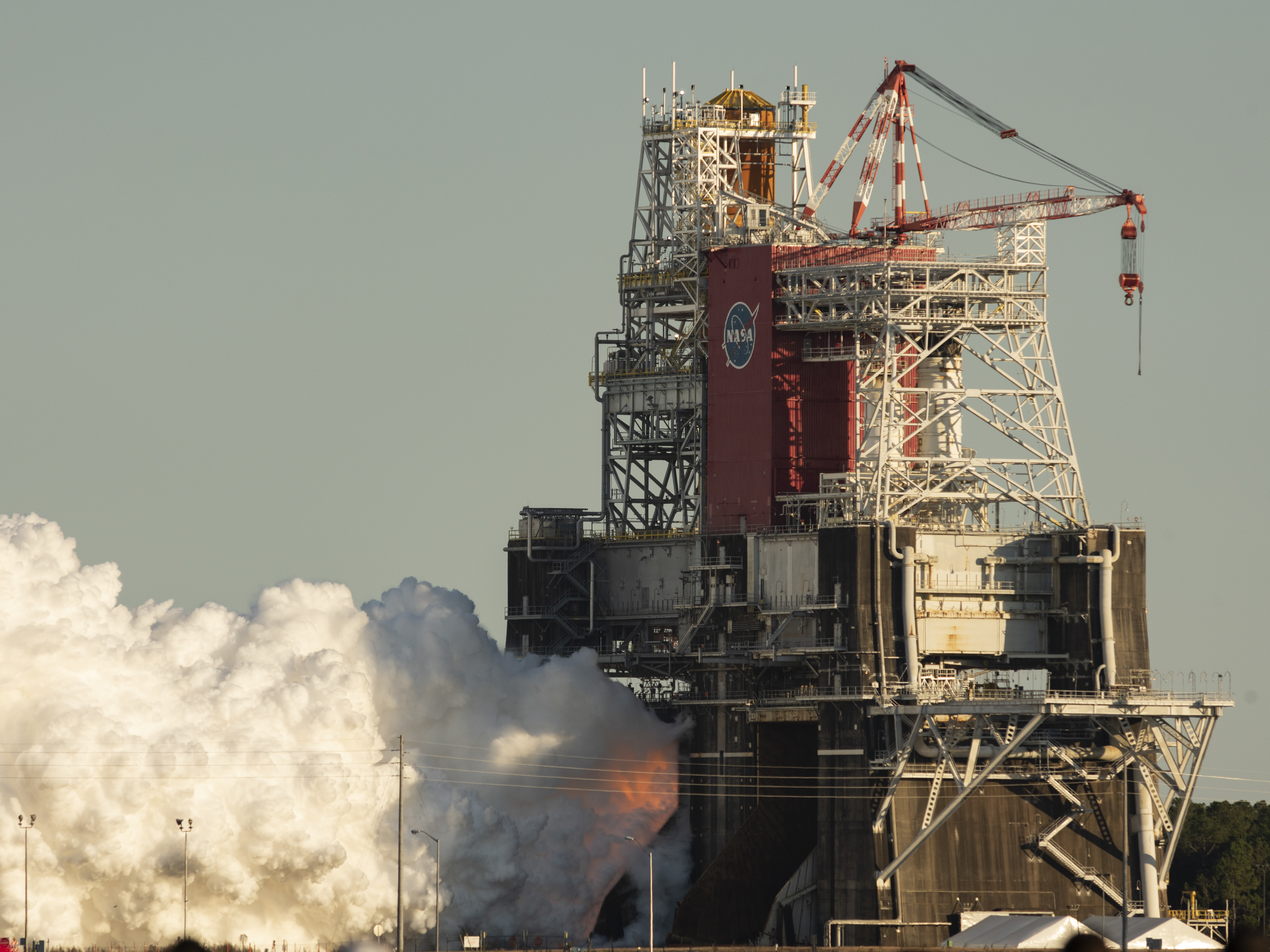 NASA has more work to do, after a rocket test Saturday for its shuttle replacement ended with a premature and unexpected shutdown.

The test, at NASA’s Stennis Space Center in Mississippi, was part of NASA’s Artemis program, a plan to return to the moon in the coming years. NASA’s test called for four engines to fire for eight minutes — roughly the time it will take for NASA’s long-delayed Space Launch System (SLS) to generate the thrust needed to send the rocket to space.

But the engines shut down after just 67 seconds, when engine number 4 suffered a “major component failure.” Scientists aren’t yet sure what caused the early shutdown, but they plan to analyze and regroup.

In this image provided by NASA, the core stage for the first flight of NASA’s Space Launch System rocket is seen at NASA’s Stennis Space Center near Bay St. Louis, Mississippi. The four engines fired for a little more than one minute.
CREDIT: NASA/Getty Images

“Saturday’s test was an important step forward to ensure that the core stage of the SLS rocket is ready for the Artemis I mission, and to carry crew on future missions,” said NASA Administrator Jim Bridenstine, who attended the test.

“Although the engines did not fire for the full duration, the team successfully worked through the countdown, ignited the engines, and gained valuable data to inform our path forward,” he said.

The engines NASA tested are the same ones that would be used to eventually launch the Orion space capsule to the moon. So scientists have to be careful with them.

“The amount of risk that we can take is very, very low,” Bridenstine said. “We can’t afford to have this vehicle fail. And guess what? Because we have done all the work that we have done, this article made the right decision to shut itself down.”

Now NASA has to figure out what caused the component failure that led to the shutdown. If scientists conduct another test, it will take at least 3-4 weeks to prepare the engines, the agency said.

NASA announced the SLS about 10 years ago, as a successor to the retired Space Shuttle program. It’s a rocket and capsule combo that, when complete, will enable deep space missions. NASA hopes to have astronauts on the moon in 2024, and eventually Mars and beyond.