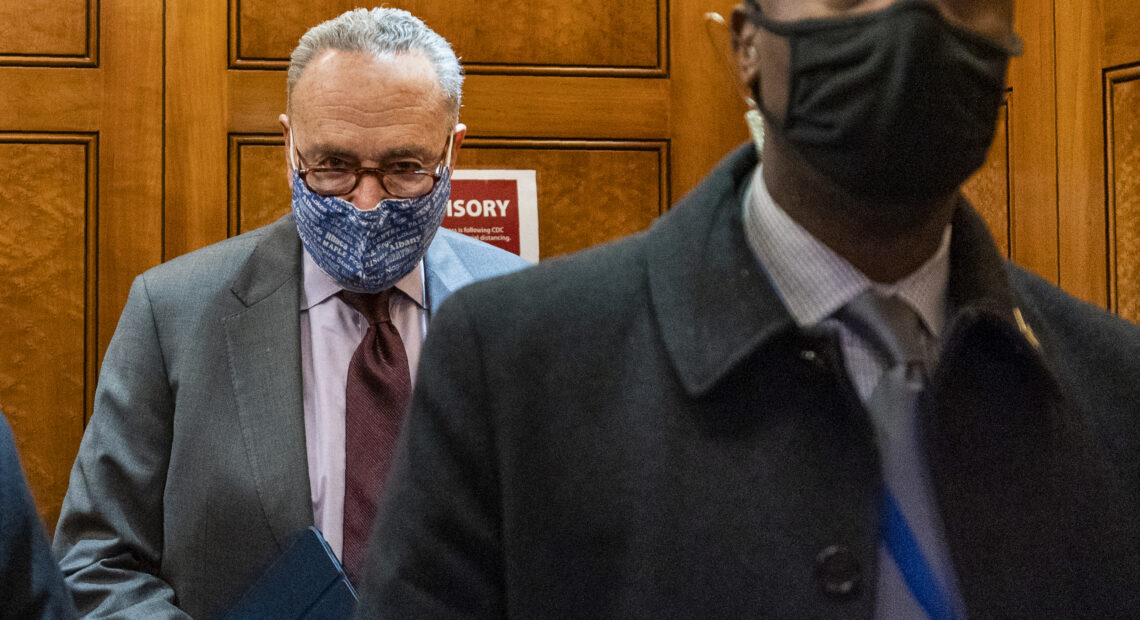 Senate Majority Leader Chuck Schumer said the sole article of impeachment for incitement to insurrection against former President Donald Trump will be delivered to the Senate on Monday and a trial against the Republican will begin the week of Feb. 8.

“The Senate will conduct a trial on the impeachment of Donald Trump,” Schumer said Friday on the Senate floor. “It will be a fair trial. But make no mistake, there will be a trial.”

House Speaker Nancy Pelosi, D-Calif., confirmed that the article would be transmitted to the Senate shortly before 7 p.m. ET Monday. Once the article is transmitted, the trial process begins, with notices sent and briefs requested of the two sides. 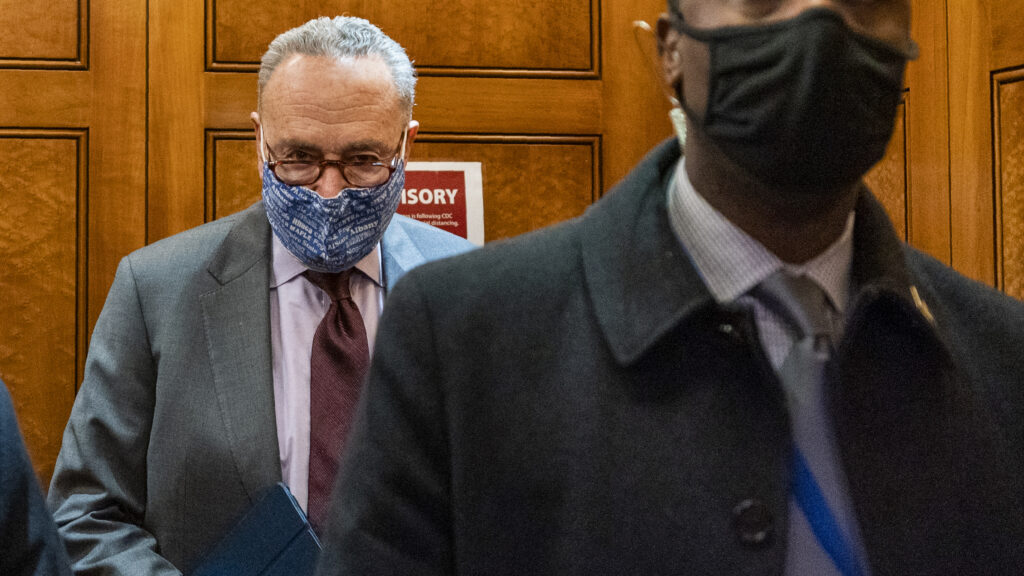 In a statement, Doug Andres, a spokesman for Minority Leader Mitch McConnell, said the Kentucky Republican “is glad that Leader Schumer agreed to Republicans’ request for additional time during the pre-trial phase.”

“Republicans set out to ensure the Senate’s next steps will respect former President Trump’s rights and due process, the institution of the Senate, and the office of the presidency. That goal has been achieved,” Andres said. “This is a win for due process and fairness.”

McConnell had earlier said he had requested that Democrats wait until Jan. 28 to allow Trump’s legal team more time to prepare and to give the Senate more floor time before the trial consumes its calendar. He had criticized the Democrats’ desire to move ahead with the process on a quicker timeline.

“This impeachment began with an unprecedentedly fast and minimal process in the House,” McConnell said Friday on the Senate floor. “The sequel cannot be an insufficient Senate process that denies former President Trump his due process or damages the Senate or the presidency itself.”

Per McConnell’s office, here is the timeline for how the process will work:

Senate impeachment rules technically require all 100 senators to be present on the Senate floor and seated in their assigned seats six days a week until the trial is complete. President Biden has asked that the Senate reach an agreement to split its time so that lawmakers can also consider his Cabinet nominees and major legislation such as a coronavirus relief package.

Republicans, such as Sen. John Cornyn of Texas, have bluntly rejected that idea.

“It’s not going to happen,” Cornyn told a pool of reporters in the Capitol. “It would take all 100 senators.”

Some Republicans are publicly insisting it is unconstitutional to continue impeachment proceedings for a president who has already left office.

Schumer rejected that argument on Friday.

“It makes no sense whatsoever that a president, or any official, could commit a heinous crime against our country and then be permitted to resign in order to avoid accountability and a vote to disbar them from future office,” Schumer said. “It makes no sense.”

Separately, Jason Miller, a political aide to Trump, tweeted Thursday that Butch Bowers, a South Carolina defense attorney, has joined the former president’s defense team. It’s unclear who else will be part of that team.

Last week, the House voted to impeach Trump over his role in provoking the Capitol riot on Jan. 6.