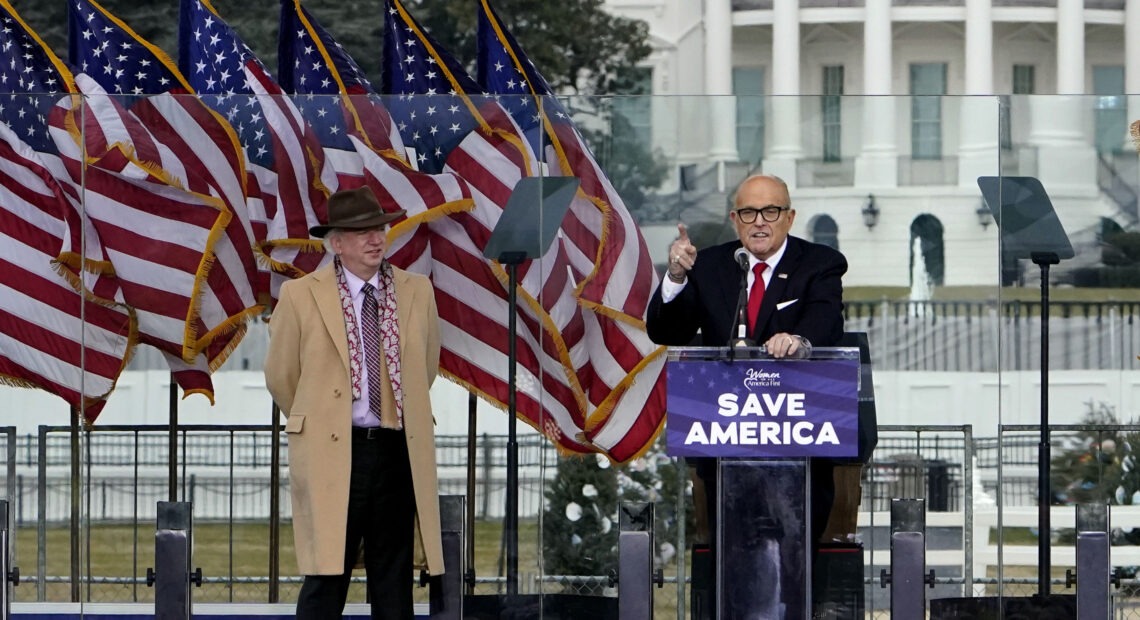 Dominion Voting Systems has filed suit against former President Donald Trump’s personal attorney Rudy Giuliani over baseless claims he’s made that Dominion was at the center of a scheme to perpetuate widespread election fraud.

The Denver-based company, which is seeking $1.3 billion in damages from Giuliani, provides election equipment and software to 28 states, including the majority of the equipment used in the swing states on which Trump and his surrogates focused most of their post-election ire.

“Rudy Giuliani actively propagated disinformation to purposefully mislead voters,” Dominion CEO John Poulos said in a statement. “Because Giuliani and others incessantly repeated the false claims about my company on a range of media platforms, some of our own family and friends are among the Americans who were duped.” 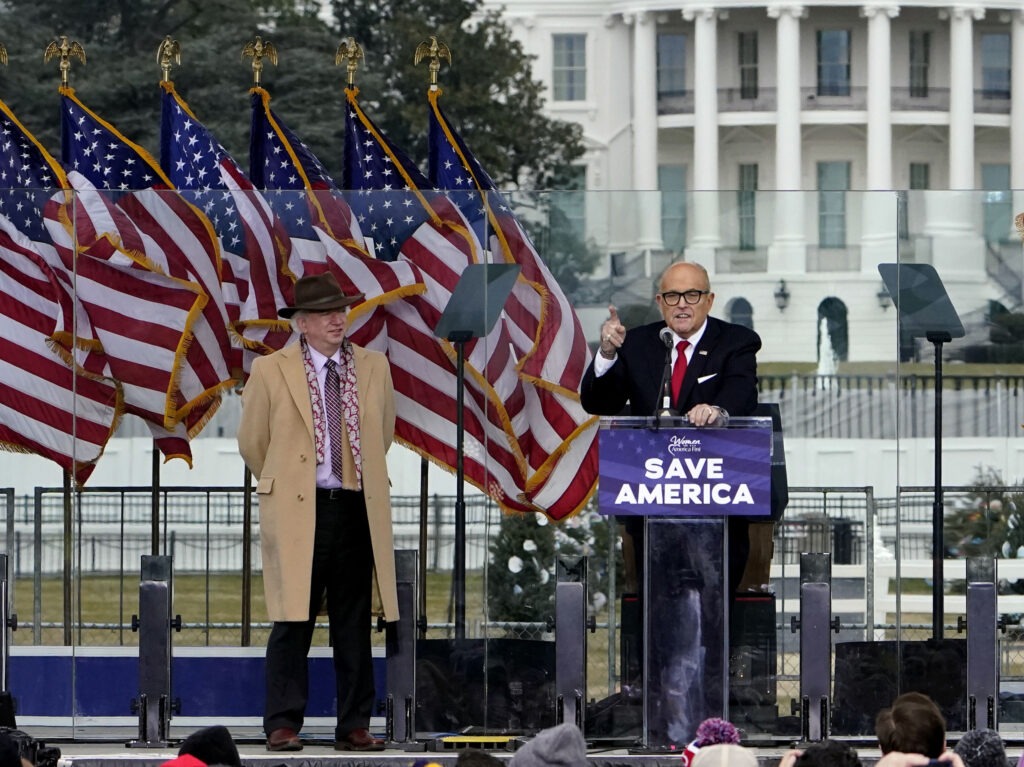 This is the second defamation lawsuit the company has filed in recent weeks. On Jan. 8, Dominion sued Sidney Powell, a lawyer who previously worked for the Trump campaign, seeking $1.3 billion in damages. The company argues that Powell’s “viral disinformation campaign” has destroyed the value of its business.

An attorney for Dominion said additional lawsuits against pro-Trump media outlets, such as Fox News, and even Trump himself are possible. Both of its current suits are filed in the U.S. District Court for the District of Columbia.

“These lies have had an incalculable amount of damage on Dominion and our country,” Dominion legal counsel Thomas Clare said in the statement. “We will hold him [Giuliani], and the many that have abetted him, accountable for their profiteering lies.”

On a call earlier this month, Clare said the goal is to take these cases out of the realm of the media and to trial. “The best way to vindicate the truth is in the courts where there’s cross-examination where we have the opportunity to take discovery, where there are rules, where evidence is required to be submitted. And that is the process that we are very much looking forward to in order to vindicate the company and to get the truth out there.”

Giuliani and Powell made numerous false claims about Dominion in the weeks after the election. In mid-November Giuliani appeared on Fox News’ Lou Dobbs Tonight and referred to Dominion as a company that was “strange” and “very frightening.”

“So we’re using a foreign company that is owned by Venezuelans who were close to Chavez and are now close to Maduro, and they are extremely hackable,” said Giuliani.

Dominion was founded in Canada in 2003 and has no ownership ties to Venezuelan leadership.

A top employee of Dominion Voting Systems, Eric Coomer from Colorado, has been in hiding since shortly after the election when he became the subject of conspiracy theories that he’d masterminded a high-tech plot to steal the election for President Biden. It’s a charge Coomer categorically denies. In late December Coomer sued Giuliani, the Trump campaign and several pro-Trump media outlets, among others, alleging defamation.

Coomer’s suit was filed in state court in Denver and accuses those responsible of spreading the falsehoods of intentional infliction of emotional distress and civil conspiracy. He said he remains in fear for himself and his family.

“I’ve been threatened more times than I could even count. Whether it’s the standard online trolls, voicemails that are left almost on a daily basis, being called a traitor to this country. I can’t even begin to describe what effect this has had on my life,” Coomer told Colorado Public Radio in December.

Republican and Democratic state election officials certified Biden’s victory with no evidence of widespread fraud or irregularities. Audits showed that Dominion’s machine tabulations matched the tallies that were on the paper ballots.

Dominion has said the weeks of conspiracy theories are not just dangerous for the country and for democracy, but have had a huge human toll, and done untold damage to the company’s reputation and finances.

Giuliani’s legal troubles don’t end with Dominion. Some prominent attorneys are also calling for his law license to be suspended. According to the New York Times they allege he trampled ethical boundaries when he helped Trump pursue false claims of election fraud.