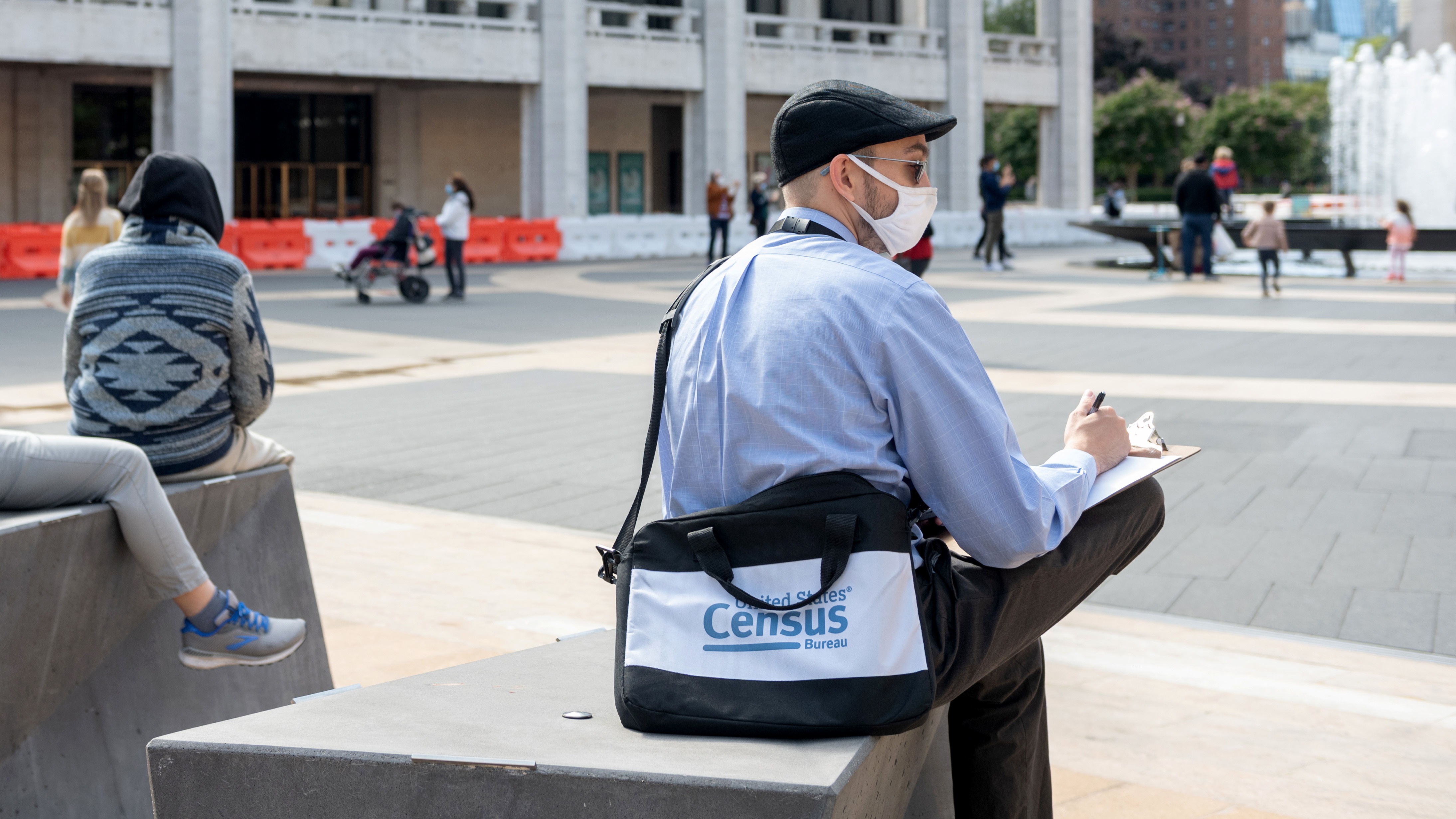 Disrupted by the coronavirus pandemic and last-minute changes by the Trump administration, the U.S. Census Bureau announced Wednesday that the release of the first results of the 2020 census will likely be delayed by four months.

The latest state population counts used to determine each state’s share of votes in the House of Representatives and the Electoral College for the next decade are now expected by April 30.

Those numbers were legally due by the end of last year. But the bureau missed that deadline last month for the first time since it was put in place in 1976. Career civil servants postponed releasing the counts in order to try to fix irregularities they began uncovering in census records shortly after Trump officials ended counting early in October. 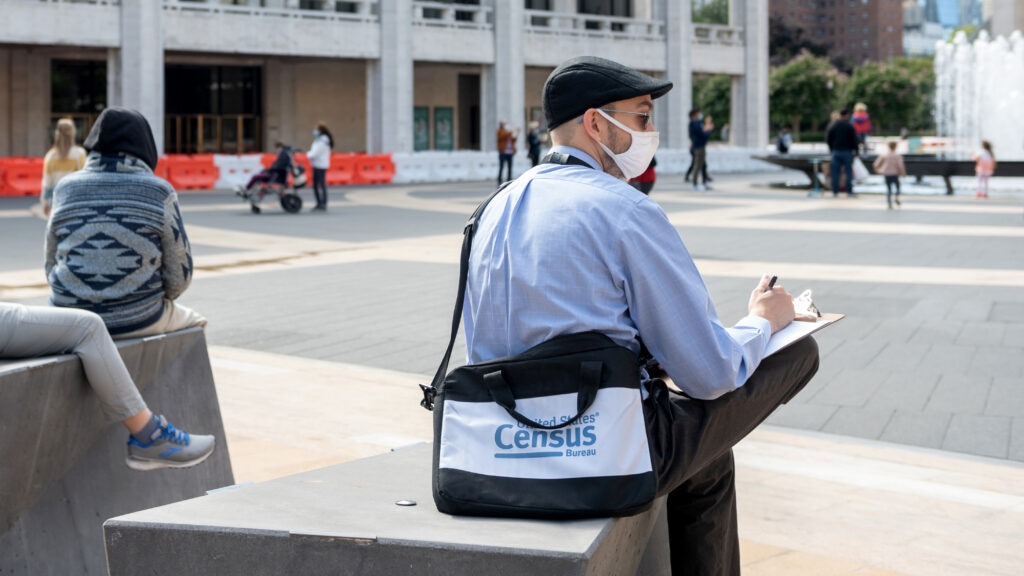 A U.S. census worker sits in the plaza of the Lincoln Center for the Performing Arts in New York City in September. The Census Bureau announced Wednesday that the first results of the 2020 census are expected to be released by April 30.
CREDIT: Alexi Rosenfeld/Getty Images

“I think the worst thing that we could do would be [to] deliver data that had question marks with it. We need to give you the best data that we can,” Kathleen Styles, the bureau’s chief of 2020 census communications and stakeholder relations, said Wednesday during a webinar organized by the National Conference of State Legislatures.

Styles noted the bureau has used the extra time to make follow-up phone calls with some administrators of college dormitories who appeared to have misreported all of their student residents as living in one dorm.

“This is the exact sort of thing that happens in every census. And finding these anomalies is not evidence to us of lack of quality in the census,” Styles added.

The release date for the congressional apportionment counts has been in flux for weeks. As part of a National Urban League-led lawsuit over the Trump administration’s census schedule changes, Justice Department attorneys previously told a federal judge that the bureau was working towards finishing the processing of census records by March 6.

But that timeline was “not taking into account what we expect to find when we do data processing, which is anomalies that need to be corrected,” Styles said. “We have found anomalies, we will likely find more anomalies, and we will fix additional anomalies as we find them.”

The timing for the second set of new census results — the detailed demographic data that state redistricting officials need to redraw voting districts — remains unclear. That information is normally delivered to the states by the end of March.

“You should not expect it prior to July 30,” Styles said.

The delay ratchets up the pressure for states that are facing their own series of legal deadlines for the redistricting process in order to hold elections this year or next.

Last April, after COVID-19 forced in-person counting efforts to be postponed, the bureau asked Congress to extend the legal reporting deadlines for census results by four months. Democratic lawmakers pushed forward bills with deadline extensions that ultimately did not pass last year after the Trump administration abruptly abandoned extension requests that it initiated.

“I think this is very much on Congress’ mind,” Styles said.

Sen. Brian Schatz, a Democrat from Hawaii, is expected to reintroduce a Senate bill soon that would formally extend the deadline for congressional apportionment counts to April 30.

The original bill’s language would extend the deadline for redistricting data only to the end of July. Asked how the bureau’s current projected timeline will affect the wording of the new bill, Schatz told NPR in a statement that he will work with the agency to make sure there is a “fair, accurate” tally of the country’s residents.

“The Census Bureau should take all the time it needs to report accurate apportionment and redistricting data and make sure every person is counted as mandated by the Constitution,” Schatz said.