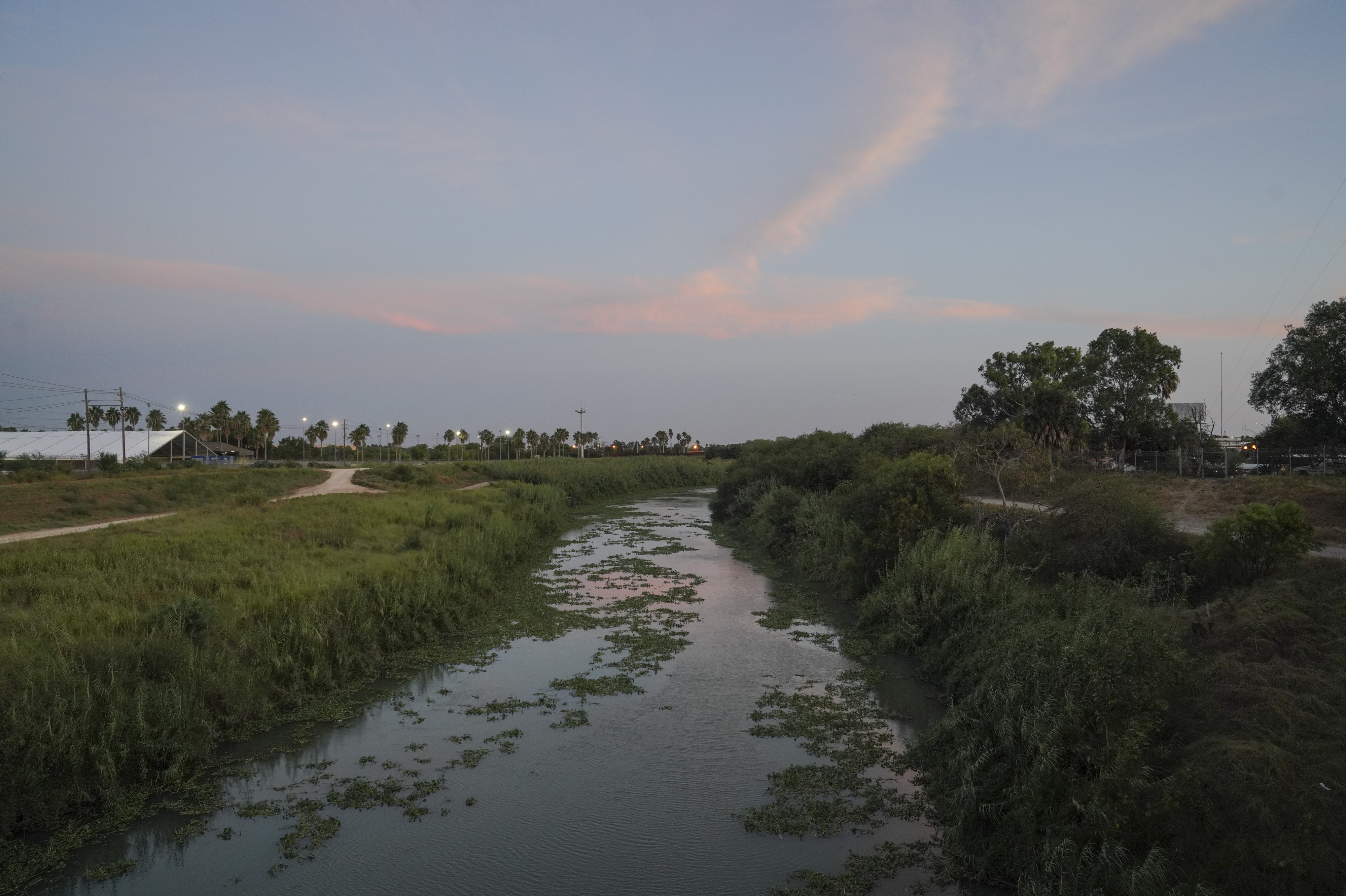 When Darieli got to the United States three years ago, she had to grow up fast. The 19-year-old immigrant lives in Virginia, where she’s going to high school and works a part-time job while helping to raise her three younger sisters.

Their mother was deported to Honduras in 2018 after the girls were separated from her by U.S. immigration officials. So if her sisters need advice they can’t talk to their father about, Darieli says they turn to her.

“It’s hard to play a role that doesn’t belong to you,” Darieli said in Spanish through an interpreter. “I’ve learned a lot about life. I’ve had to give advice, when I myself still need advice.” 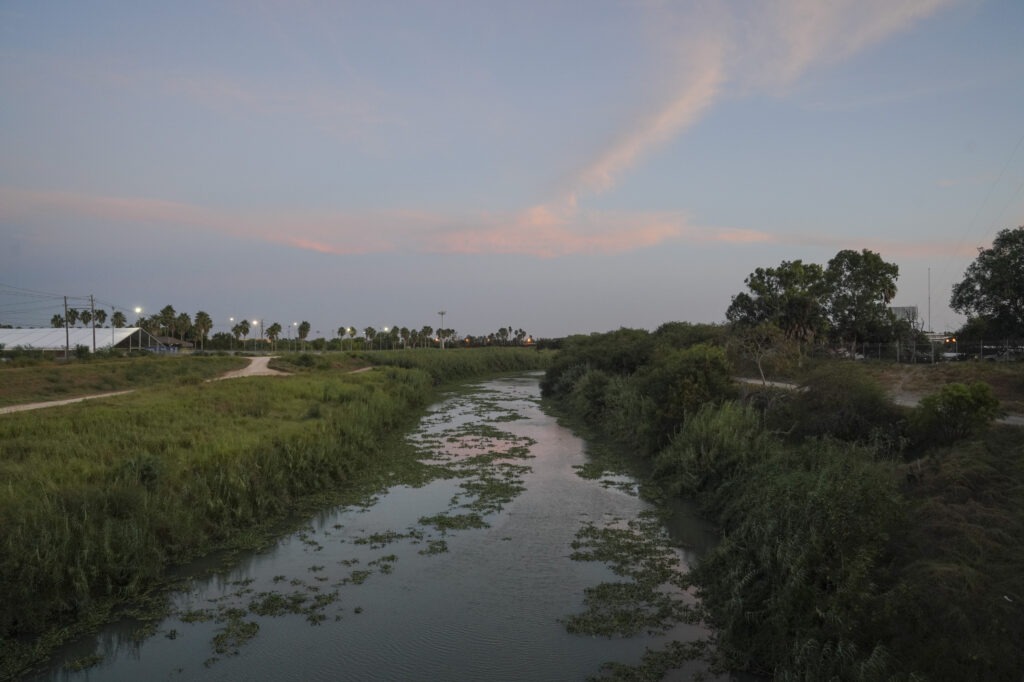 The Rio Grande as seen from the Gateway International Bridge in Matamoros, Mexico, in 2019. A mother and her four daughters from Honduras crossed the river nearly three years ago to seek asylum. The daughters were released from a federally funded shelter and placed with their father in Virginia. Their mother is in a shelter in Honduras. CREDIT: Veronica G. Cardenas/AP

Darieli asked NPR not to use her last name or exact location because her immigration case is ongoing. The girls and their mother had crossed the Rio Grande illegally to seek asylum here. After the sisters were released from a federally funded shelter, they were placed with their father, whom they had not seen in years.

There are hundreds of families like Darieli’s that are still caught up in this long, fraught chapter of U.S. immigration policy. The Trump administration separated far more children — the latest total stands at more than 5,500 — starting much earlier than it initially acknowledged.

And more than 1,400 parents were ultimately deported without their children, according to immigrant advocates.

The Justice Department’s inspector general, Michael Horowitz, is the latest to detail how the administration’s family separation policy was a mess from the beginning. In a report out this month, the inspector general found there was little recordkeeping and no plan for how to reunite these families.

President Biden has promised to appoint a task force to help reunite these separated families, which he’s expected to formally announce as early as Friday.

Earlier this week, the Biden administration formally rescinded the “zero tolerance” policy that led to family separation. The move was largely symbolic. The Trump administration had mostly stopped separating families back in 2018, and it did reunite thousands of them after it was ordered to do so by a judge.

But that work is far from done. Immigrant advocates are still searching for hundreds of parents. There are more than 600 separated parents they haven’t been able to reach — and hundreds more who have been located but still are not reunited with their kids.

“The deported parents are kind of lost in the story,” says Carol Anne Donohoe, an attorney with Al Otro Lado, one of several nonprofit groups that are working to reunite these parents with their children.

“Not only were they separated, they were deported back to the country they fled. They haven’t seen their children in three years now, and there’s no clear pathway to get them back,” she says.

The Trump administration offered to transport some of these children back to their home countries. But it has refused to allow parents into the U.S. to reunite with their children here.

Now all eyes are on Biden.

“Their kids were ripped from their arms and separated,” Biden said during one of the presidential debates last year. “It’s criminal.”

Immigration lawyers will be watching closely to see exactly what the mandate of Biden’s task force will be.

Will it simply provide more help finding the hundreds of parents who haven’t been located — or will the Biden administration consider allowing these families to reunite and live in the U.S.? And will the task force look to hold any Trump administration officials accountable for designing the family separation policy in the first place?

“There needs to be some restitution,” says Lee Gelernt, an attorney with the American Civil Liberties Union who’s been fighting the Trump administration in court over family separation for years. “The least we can do is allow them to come back to the U.S., remain here safely, be given some legal status.”

That would mean opening the door to allow in hundreds of deported migrant parents — many of whom crossed the border illegally to ask for asylum. And it could come with a political cost. Such a move would draw criticism from immigration hard-liners at a moment when Biden is talking about finding bipartisan solutions with Republicans in Congress.

But immigrants and their advocates say that’s the only way to right this historic wrong of family separation.

Darieli was 16 when the girls and their mother arrived at the U.S.-Mexico border in May 2018. They say they were detained together for hours in a cold Border Patrol holding cell — until about 3 a.m., when immigration officers separated the four girls from their mother.

“I remember my little sisters were crying. Because I’m the oldest, I had to be strong,” Darieli says, fighting back tears. “And it was very painful because I couldn’t even give my mom a last hug, because I was trying to protect my sisters.”

“It was the hardest moment — the hardest thing I’ve ever lived,” Darieli’s mother, Juana, said in Spanish in an interview from a shelter in Honduras where she lives alone. “They took them, and I just didn’t know where. I didn’t see them again.”

After she was separated from her children, Juana spent more than 40 days in federal prison before she was deported. She asked us not to use her full name, either, because she’s now back in the same country she fled to escape from a man who she says threatened her life and her family.

“Truthfully, I never go outside. I just go sometimes when I have to buy something, but I avoid going outside because of my safety,” Juana says. “I can’t be myself because in this country where we are, there’s no security, no nothing.”

Juana and her children are among hundreds of families watching what the Biden administration will do.

“I try not to complain. I know I have a lot of opportunities and at least I am not at risk here,” Darieli says. “I just need my mom, that’s all I need so I can feel complete again.”