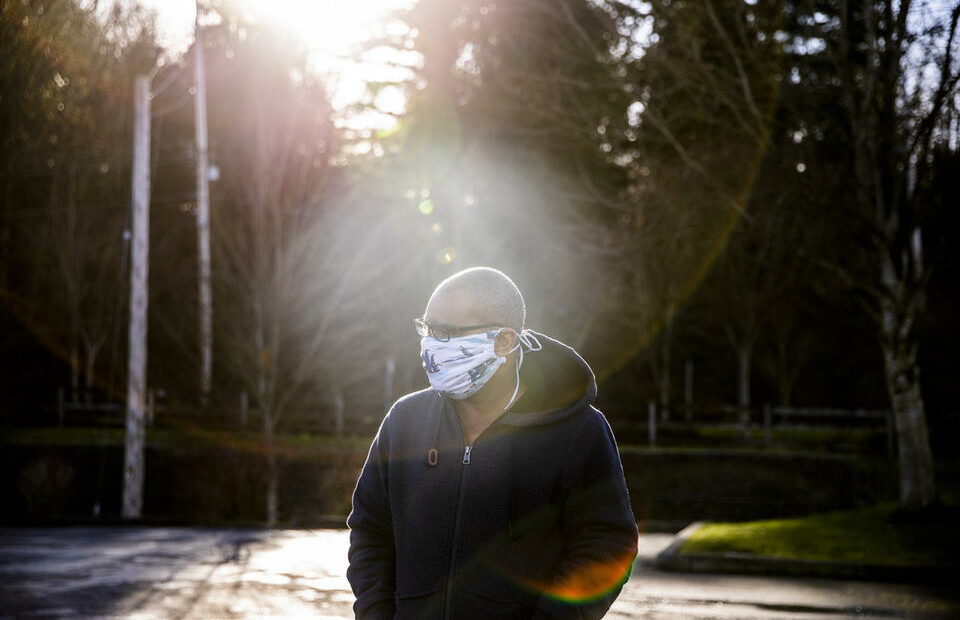 Ramón Núñez had been making ends meet by driving for Uber. Then COVID-19 cases spiked and, with his wife in treatment for endometrial cancer, the 54-year-old immigrant from Venezuela decided to do what he could to lessen his potential exposure to the coronavirus. He started delivering food instead.

Núñez is making less money now but has to make the same $1,500 monthly payment in rent, plus utilities, for his two-bedroom apartment in Tukwila. State aid has helped ease the burden on Núñez, who is one of approximately 60,000 undocumented immigrants to receive financial assistance from Washington state during the pandemic.

But advocates for the state’s undocumented community say there are thousands more who have yet to receive help from the government, in part because they are not eligible for unemployment insurance or any of the federal stimulus checks that have been distributed, even though they pay taxes.Now, a year into the pandemic, state legislators are proposing $70 million in additional aid for undocumented residents of Washington state, including $5 million for students. This is on top of the $40 million in aid Gov. Jay Inslee announced in August for the undocumented community, as well as $20 million more in December. 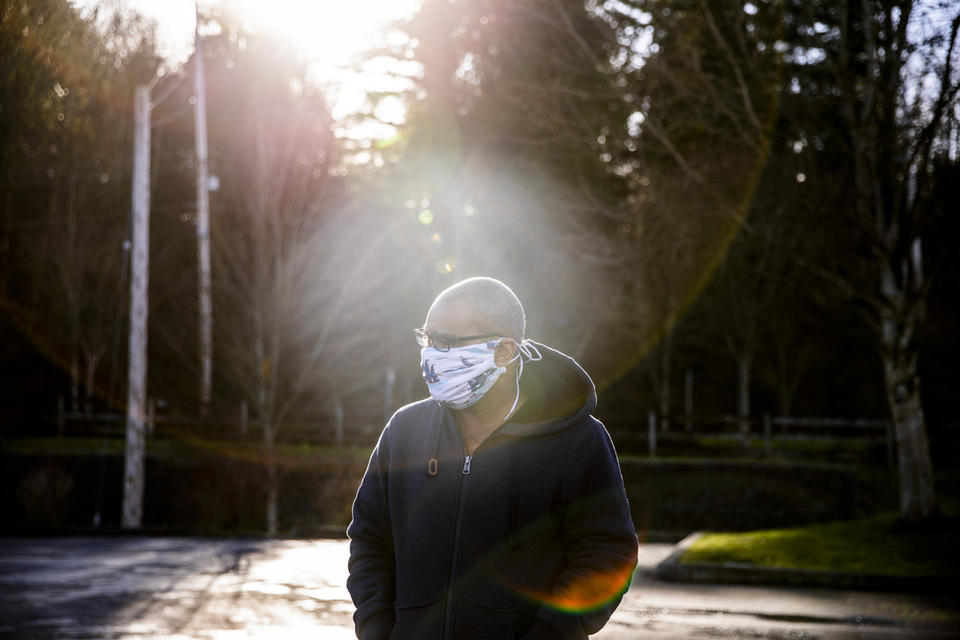 Ramón Núñez is currently driving for food delivery services to make money after switching from driving for Uber in order to lessen his exposure to COVID-19. He is photographed in Issaquah on Jan. 27, 2021. He is one of about 60,000 undocumented immigrants to get funds from the state during the pandemic. CREDIT: Dorothy Edwards/Crosscut

If approved next month, the additional $70 million would make Washington state a nationwide leader in help offered to the undocumented community, which has been disproportionately impacted by the pandemic, Latino and Black people in particular. Last year, California Gov. Gavin Newsom announced an unprecedented $125 million in aid for undocumented workers. Washington state is poised to match or exceed that amount.

“We think it’s great that the Legislature could put significantly more funds toward the immigrant relief fund,” said Mike Faulk, a spokesperson for Inslee.

Paúl Quiñonez, a former recipient of the Deferred Action for Childhood Arrivals program and an advocate at the forefront of the effort to provide financial relief to the undocumented community, said $45 million has been distributed so far, in $1,000 payments per individual. But, he added, at least 20,000 undocumented individuals have applied for financial assistance who have yet to receive help from the state, despite qualifying for the money.

Quiñonez, together with other members of the group Washington Dream Coalition, a youth led advocacy organization, also established a grassroots emergency fund to help undocumented immigrants during the pandemic. The fund was founded in partnership with Scholarship Junkies, Northwest Immigrant Rights Project and the Washington Immigrant Solidarity Network, among others. The organizers raised approximately $7 million. Organizers of the grassroots effort were partly responsible for spurring Inslee to do more for the undocumented community.

The city of Seattle has helped nearly 4,000 undocumented individuals who live within city limits with an additional $8 million in assistance, said Joaquin Uy of the Seattle Office of Immigrant and Refugee Affairs. Most of the funds, Uy said, have been used for basic necessities, such as housing, food and schooling for children. The money has all been distributed.

In addition to the efforts to provide assistance at the state level, some legislators are pushing for a more permanent form of unemployment assistance for those in the undocumented community who have lost jobs during the pandemic.

Washington state Rep. Mia Gregerson, D-SeaTac, said she hopes to have such a program up and running later this year. Like the coronavirus, the recession, Gregerson said, is hitting vulnerable communities especially hard.

“We are absolutely committed to this community,” Gregerson said in a recent interview.

State Sen. Rebecca Saldaña, D-Seattle, said she is beginning to draft the legislation and is looking at the possibility of providing undocumented workers with 39 weeks of $400 in supplemental weekly pay, an amount close to what the average unemployed person receives through Washington state unemployment insurance.

“Our job is to try as hard as we can to be responsive to what community is needing,” Saldaña said.

No other state has attempted to establish an unemployment program for undocumented workers, Saldaña said, so legislators are examining what agency would be best equipped to handle the payouts, such as the state Department of Labor and Industries.

“This is something that is an emergency because it’s impacting the public health of all to have people living precariously,” Saldaña said.

Saldaña credits groups such as the Washington Dream Coalition and the Washington Immigrant Solidarity Network for encouraging legislators to do more for those most vulnerable.